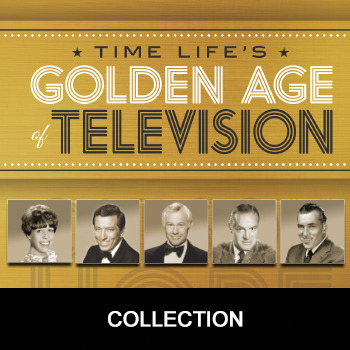 Yeah, I know I know I know – just saying this sentence feels as “surprising” as Daniel Day-Lewis winning yet another Oscar (honestly wonder whether he’s truly retired, or if he’s coming back…?) or Meryl Streep getting yet another Oscar nomination (who’s even counting at this point, honestly? Just always presume if Meryl had a movie out during a year, she’s getting nominated the year after, your life will become much simpler and in a weird way, it will make more sense).

But I feel like sometimes when people discuss this they focus on certain points and the way I’m thinking about it might be unique (that is until somebody links me 10+ blog posts like this making the same exact points and calling me a thief where I’ll be forced to go into hiding in a Moldavian cave, because as we all know, once you’re cancelled on the “internets”, it’s for good.)

On more a serious note, it’s a great time to be alive, unless of course you remember everything else except the TV, like:

And the list goes on and on and, holy fuck this is getting depressing. Wait, let’s go back to topic, golden age of TV!

That leads me to my first point:

But why are more and more people staying home, watching TV? Well, the escapism isn’t the only known unknown in this equation, as that’s been one of THE appeals of the cinema ever since its beginning! But only recently we’ve gotten our hands on so much more content than we could ever consume in 3 lifetimes.

This actually brings me slowly to my biggest point of why we are living in the golden age of TV, because when I wrote “streaming changed everything, forever” I meant it. And not only availability wise, but rule wise. What am I talking about?

There is one more thing why I think we live in the golden age of TV, and it kind of relates with, surprise suprise, streaming changing the game. And that thing, or a point is:

Yes, House of Cards was the actual turning point in finally blending in these two worlds, where 2 talented people at the height of the power, have fearlessly went to Netflix, and lead the way for others, where suddenly, a few years later, it’s a thing of pride to have a TV show, or a limited TV series. Just look at (still haven’t seen it, but hopefully getting to it soon) Big Little Lies – a TV show where the first season already had Reese Witherspoon, Nicole Kidman, Shailene Woodley, Zoë Kravitz and Laura Dern but that wasn’t big enough I guess, so in their second season they’ve added nobody smaller than Meryl Streep.

And this is the thing – all of these women still have successful movie carriers and they are not in any way shape or form ready to “die” on that show, nor they are afraid by being in one would get them less movie offers.

The TV nowadays is considered the “adult” medium, where grown-ups get their stories, their doses of drama, comedy, thriller etc. Movies are for spectacles, comic book films, and larger than life movies. That’s not to say you can’t still find a great drama or comedy on the big screen, sure you can. But there is a shift happening, slow one, but there is.

Even back in 2013, Spielberg and Lucas gave an interview about something similar, saying movie going experience will be for big blockbusters only and it’s only a matter of time for some stories to be told on the smaller screens.

George Lucas about movies in the future:

Lucas lamented the high cost of marketing movies and the urge to make them for the masses while ignoring niche audiences. He called cable television “much more adventurous” than film nowadays.

“I think eventually the Lincolns will go away and they’re going to be on television,” Lucas said. “As mine almost was,” Spielberg interjected. “This close — ask HBO — this close.

The full link for the interview can be found here.

When you think about it, it makes sense – the way we consume art, has changed with new technology, we want something good immediately, and preferably yesterday, so we can say to our colleagues or fellow students “Oh yeah, I watched it yesterday, it sucked!” And that is why this trend will not only not stop, but we will see even better TV shows in the next couple of years. This golden age can last for a quite a while and the only thing we can regret is having no time to watch everything that comes out.

What do you think about this topic? Did I miss something obvious? Let me know below!