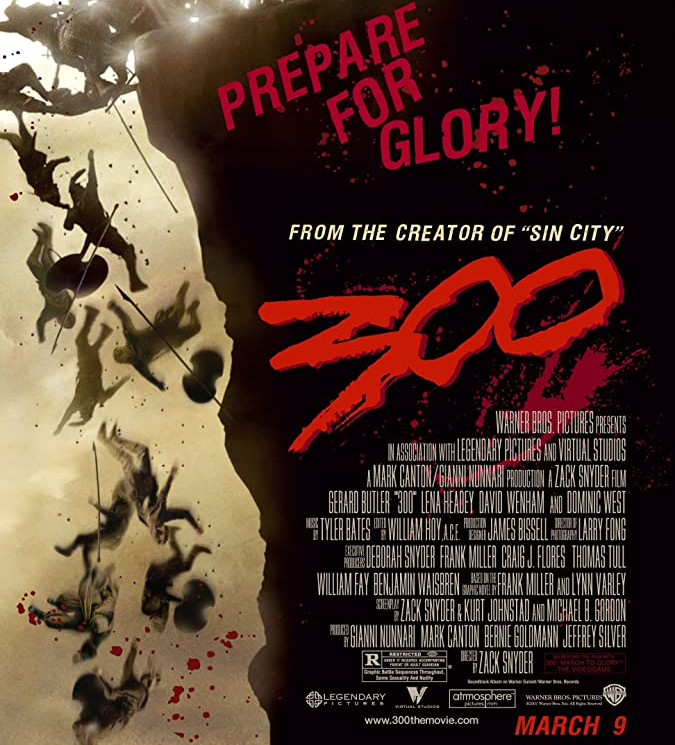 I remember like it was yesterday – one day in 2006, my (back then) best mate and I went to see this film in our local cinema. We’d never shut up, we’d always have plenty of things to talk about, but when the movie started, we wouldn’t talk to each other for the entirety of its length. Not even single “Wow” or “That’s so cool.” And that continued some time after coming out of the theater, we’d just walk towards his bus stop, silently, with occasional “fucking hell, what a movie”. We were literally out of words and mind blown by that movie as we haven’t seen anything like that before (we were both just 14/15, but still).

Ever since that experience, I’ve seen this movie 2 more times, one of them being tonight to refresh my memory and see how I feel about it, and also to introduce it to my girlfriend. She loved it, as she was mainly mesmerized by all the abs… and yeah, there’s plenty of good looking, built men. Some might say you get to question your sexuality in some scenes, you know those are really nice looking men, with oily abs and… what was I talking about again? Oh yeah, how do I feel about the movie?

I still love it. Sure, it does have its issues, some slow-mo shots were slightly over the top and other might’ve been unnecessary, some might say it’s over-stylized, it’s over the top in general, BUT… this is a movie you need to meet on ITS own terms.

What I still love about this movie is it announces itself really early on, and tells you straightaway – hey, this is how this movie’s going to look like, feel like and if you accept it and just give in, you will enjoy this Greek/Scottish (oh Gerard I know you’ve tried to tone down your Scottish accent, but it slips out in some scenes) ride to the fullest and at the end you might not be sick.

What might help in your enjoyment of this movie is this fact I’ve stumbled upon while browsing Reddit the other day, that stuck with me and I truth to be told, have never realized until I’ve read it:

I don’t know if this is what Zack Snyder was trying to say, maybe he just thought it’d be cool to have elephants, and giant monsters and sorcerers, but it does make it more “believable” as propaganda is a strong tool, even in our times.

Before ending this review, I do want to give a “shout-out” to Lena Headey and Dominic West where both actors are given fairly limited space, but mainly Lena does well with what she’s given and she makes a memorable Queen. And Dominic’s sleazy senator is also memorable, for entirely different reason.