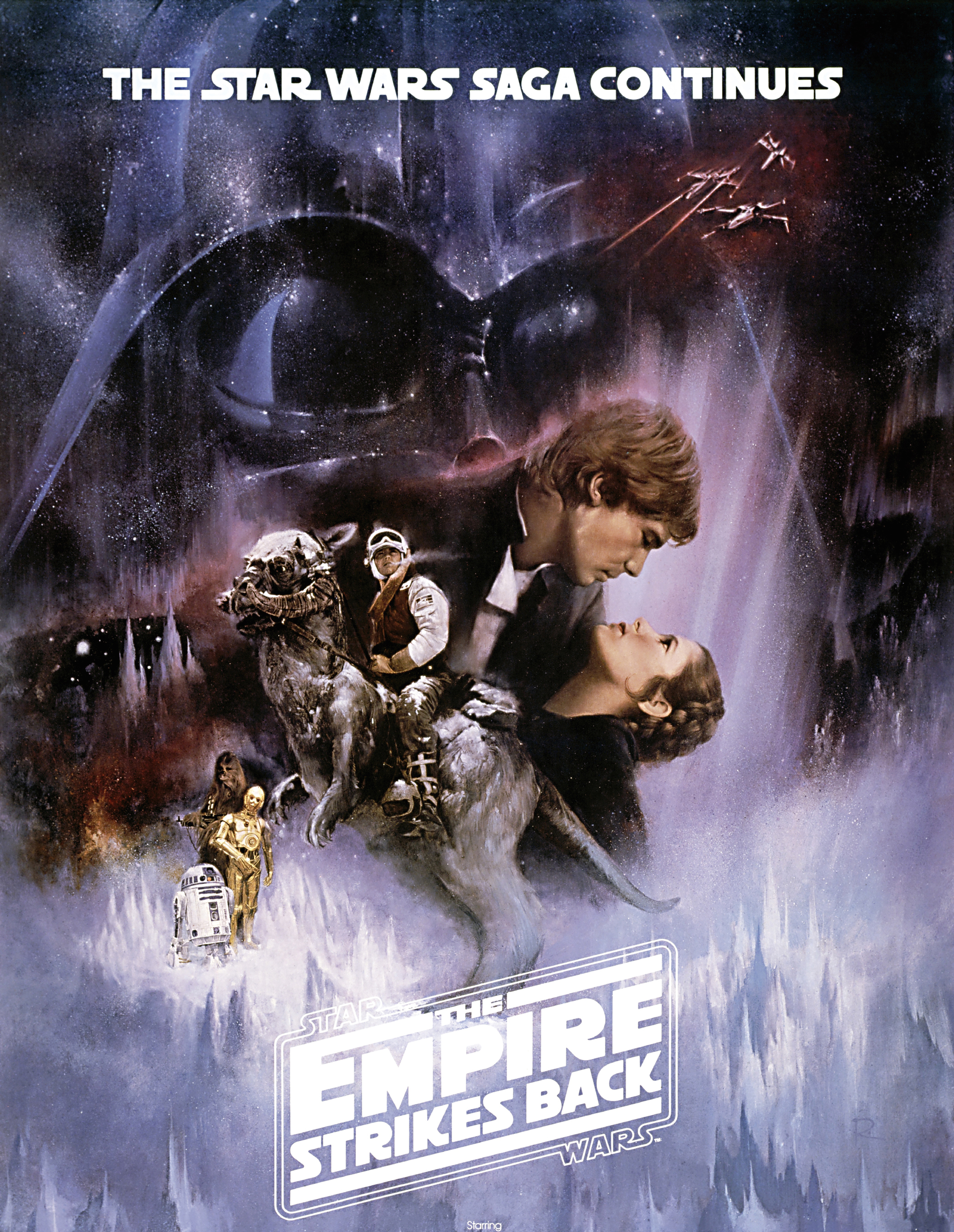 I know what you’re thinking – hey, this isn’t start of the franchise, this is the second movie, you dummy! And yes, technically you’d be right, except as I mentioned in my previous review for Episode IV, only because of the massive success the original Star Wars was, the studios established this would be a trilogy.

When I talk about “the start of the franchise”, this doesn’t touch on just these movies, by the way. As I was talking about in my previous review, where things weren’t planned, this is the total opposite to that and to some degree influenced our pop-culture even more, as in here we are seeing world building (several different planets, not just space ships), we see characters who are established here for the final movie (fan favourite Boba Fett, which I have never understood why as he doesn’t really do much in either movie) and obviously the ending that only “ends” this movie but not the plot per say, if that makes sense. There is no finality to this episode, as it ends on the (in)famous plot twist, on a darker note where our heroes are down. This doesn’t end with celebration and medals.

In my mind, this is what makes this movie the fan favourite in all the “Skywalker Saga” and that includes me. I am so fortunate to have seen this movie when I was around 11/12 years old, without it being spoiled for me (I know right!) so you can imagine how my young mind, who’s seen the original Star Wars movie a week prior, was enjoying this movie and then the twist came and I was mind blown. I remember thinking this was so mad, how could this be!

When I was re-watching this movie 2 weeks ago, nothing has changed. Yes, I wasn’t as flabbergasted as I was before, I was there for the ride and what a sweet ride it still is, even though it’s now been 40 years. I still admire that somebody had the balls. after the almost lighthearted original where good guys win and everything is great, to come up with a sequel that ends on a (especially in 1980) darker note, kudos to Irvin Kershner.

What I’ve also noticed about this while re-watching it, is how in here we establish more who these characters are – Han doesn’t look like he’s changed as he wants to leave (again), but upon hearing Luke hasn’t returned, he risks his life to find him and get him to safety. Leia embraced the leading role, where she has the wits to back it up and struggles with her feelings towards Han. And Luke struggles with fulfilling his destiny and becoming a Jedi, as he’s worried about his friends getting killed, but at the same time realising what’s at stake if he doesn’t finish.

Empire Strikes Back is my favourite Star Wars movie, but it’s not by a mile by any means, as all three films from the original trilogy in my eyes are almost equal, and choosing the “best” ones from them is like choosing between Ferrari or Porsche. Either way, you’re going to ride a pretty great car. It’s splitting hears, looking for tiny details where it’s up to you which movie you gravitate towards more. I couldn’t fault you for choosing any of the other two movies for being your favourite Star Wars film.

That’s all for this one? Which one is your favourite Star Wars movie? Let me know!