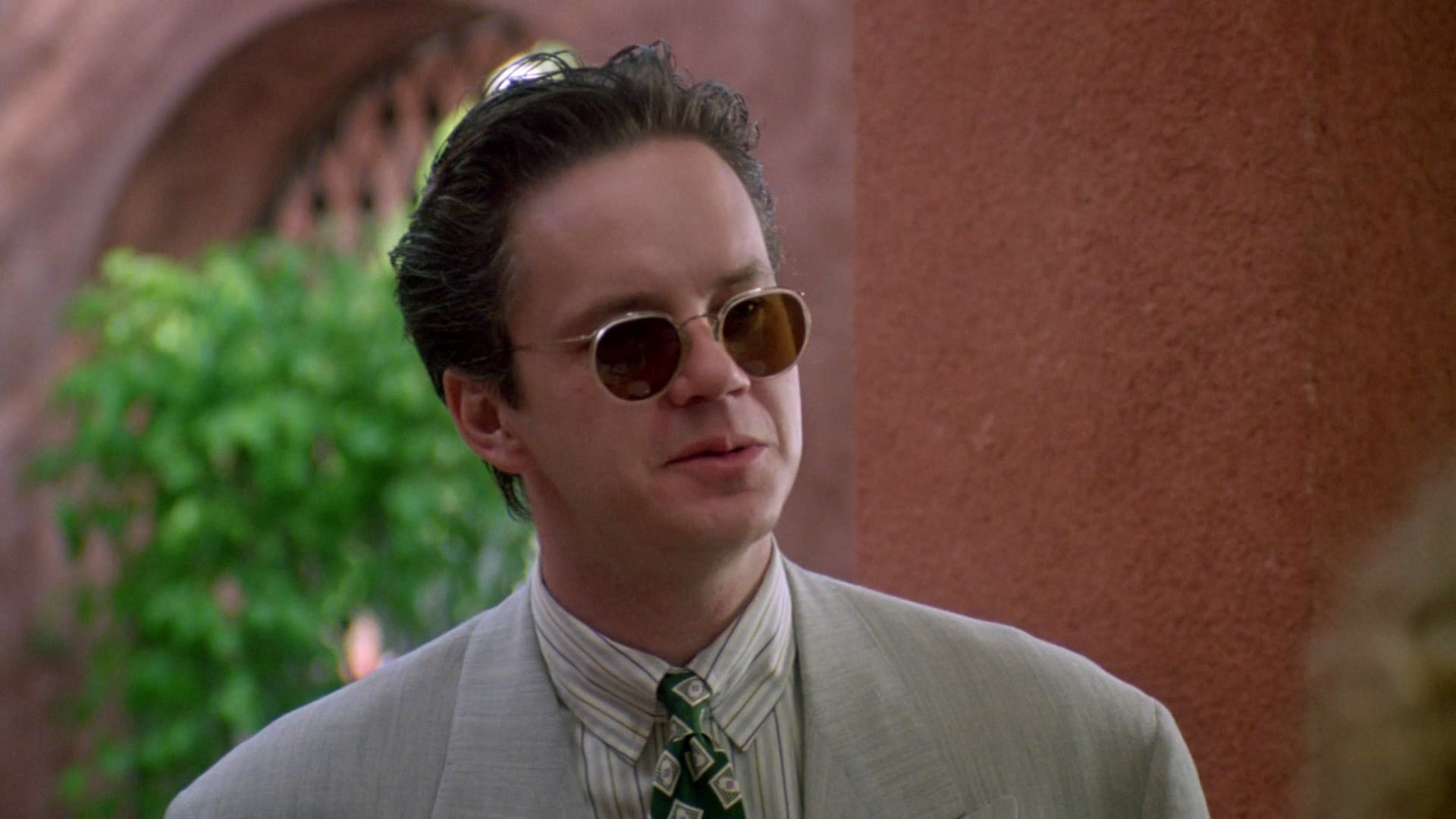 I have mixed feelings about The Player. On one hand I respect Robert Altman, I loved the unbroken opening shot where movie people are talking about unbroken shots in different movies (“I haven’t seen that one, I only watch American movies”) and I do love the “meta” thing Altman has going on (more on that later).

What I found hard to grasp is everything else – the story is pretty straightforward, so you won’t get lost, but I couldn’t help but feel disconnected from it. I don’t know how to put it in words – have you ever been in a situation where you knew “I should be happy right now” or “I should be sad” but couldn’t, as you were somehow disconnected from the world? That’s how I felt watching this movie, disconnected, emotionally blank. It might’ve been on purpose that we, as just a common viewer, weren’t meant to feel connected to these Hollywood types who refuse ideas on daily basis because “they only have a budget for 12 ideas/year.” If so, the movie succeeded.

The Player does have an interesting story and where I wish it could’ve been bit more “meta”, aware of itself, as it seems somehow disjointed – are we meant to sympathise with Griffin Mill (I honestly wish to see Tim Robbins in more newer movies, as he’s such an underrated actor) even though there is no morality to him? I don’t think the character has one redeeming quality, but then again, the “metaness” (that’s 100% a word!) of this movie comes in where “the bad guy doesn’t have to punished”.

I really liked the meta factor of this movie, where for the entirety of it, people are pitching different movies (Graduate Part II is my personal favourite), usually starring Julia Roberts and Bruce Willis, so we can then see both of them at the very end in the movie that “is not even American movie, this is real, black woman goes to die in a gas chamber, they found out she was innocent and her man tries to rescue her, but he’s too late!” is not so subtle wink at Hollywood and their entire thing about being “real and relatable”. And nothing has changed in almost 30 years, go reckon…

This is one of the movies I can’t wait to re-watch in a couple of years to see whether I feel the same about it as I do now, because who knows? Maybe on my second viewing I’ll find it better than now, but for now, it is, what it is.

That’s all for this one? What’s your favourite Altman movie? Let me know!