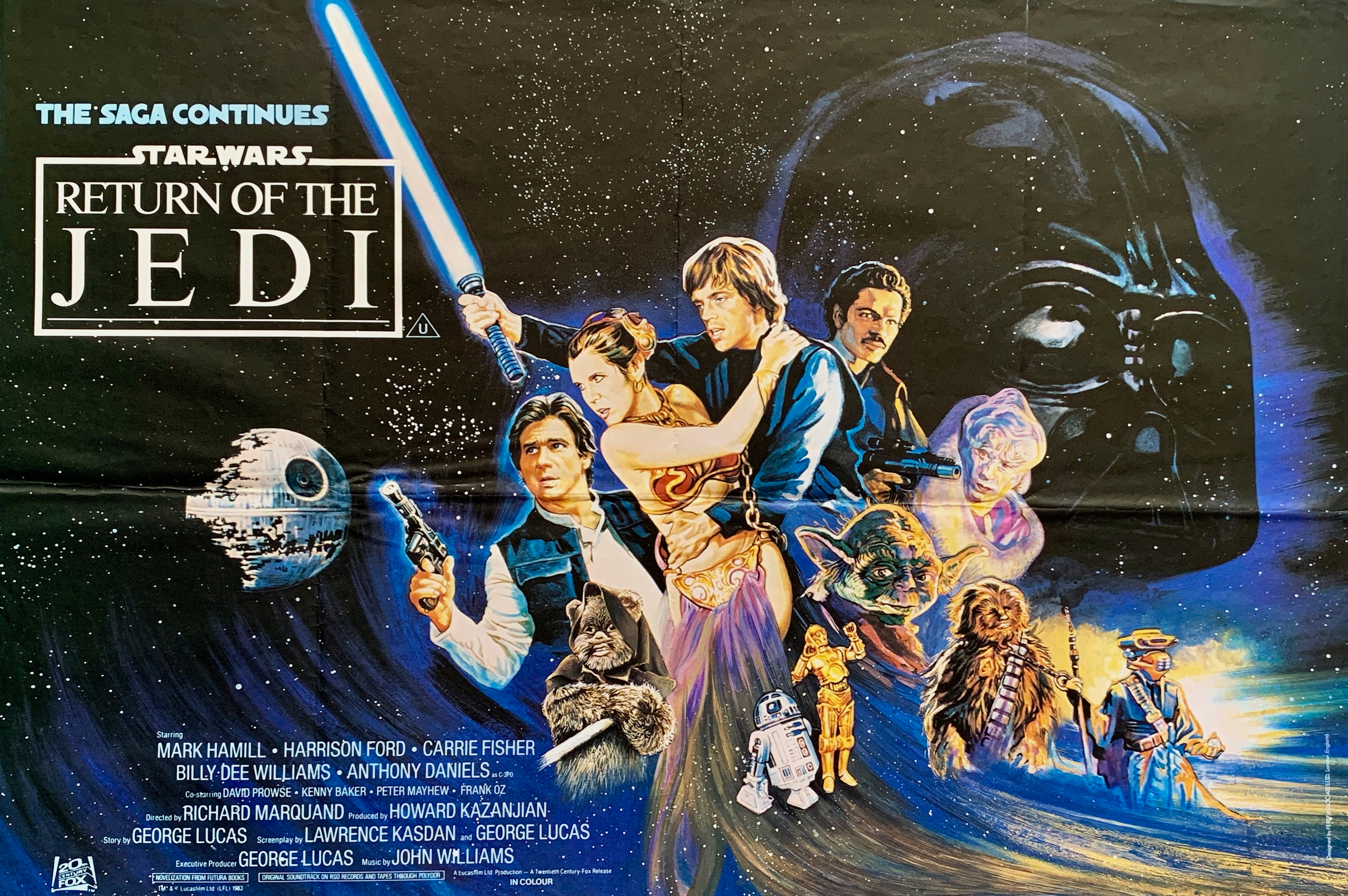 By now you can tell my rating when comes to this movie, that’s for sure. Even though this would probably be the “weakest” of the original Star Wars movies. I know some people hate the Ewoks, or see them for what they were – marketing ploy to sell more Star Wars merchandise. I don’t really mind them, I understand those people. You could also say most of the action on the Endor planet is ridiculous, as these teddy bears are holding their own against Stormtroopers, rendering them as not that big of a threat. And look… that’s a good point. To some extent, pretty valid one.

But I am not one of those people. Yes, the Stormtroopers should’ve never been a “real” threat to anybody, and the Ewoks just used the environment to their advantage. And re-watching this episode you can actually tell plenty of them dies during the battle, so I’d not be as harsh on Ewoks.

Let’s talk about something else than Ewoks, before my entire blog turns into Ewok admiration weekly 🙂

When I said this is probably the weakest one of the original trilogy, I wasn’t referring to the quality of the movie, not at all. I was only referring to those two movies prior being giants in the way they influenced and to some extent outgrown the medium, whereas this movie just neatly ties everything together and doesn’t break any new grounds. Which is only an issue if you make it. Sometimes, film needs to serve a function and this movie’s function was simply to finish on a high note, tie everything together and make some money on the way. Return of the Jedi definitely succeeded, hitting every one of those.

We get a second Death Star (because if something works first time, why bother?) we get an awesome confrontation between Luke, Vader and Palpatine while he watches his friends getting defeated in the space, we get the final revelation of this trilogy about Leia (I won’t spoil this just in case somebody still doesn’t know) and everything flows really well.

That’s one thing all the Star Wars movies have in common – doesn’t matter if it’s the original trilogy, prequels, or sequels – they all have given us a movie where there are 3 battles going on and we cut from one to the other almost flawlessly. This one has the battle of Endor, while Luke is having a confrontation with Darth Vader WHILE there is an attack on the new Death Star.

If anything, I’d love for other movies to get inspired and try to give us more of this, coherent action that happens simultaneously, where it doesn’t have to be edited to bits.

I really liked writing reviews for the original Star Wars movies, but I still feel like given the fact that everything has already been said about these movies in the past 40 or so years, it’s hard to try to come up with something new. Just hope you can tell from these reviews how much I adore these movies, and I hope you found them enjoyable. Onto the prequels we go (oh boy… that won’t be controversial at all :-))

That’s all for this one. What did you think, did you like the way the original trilogy ended? Let me know!