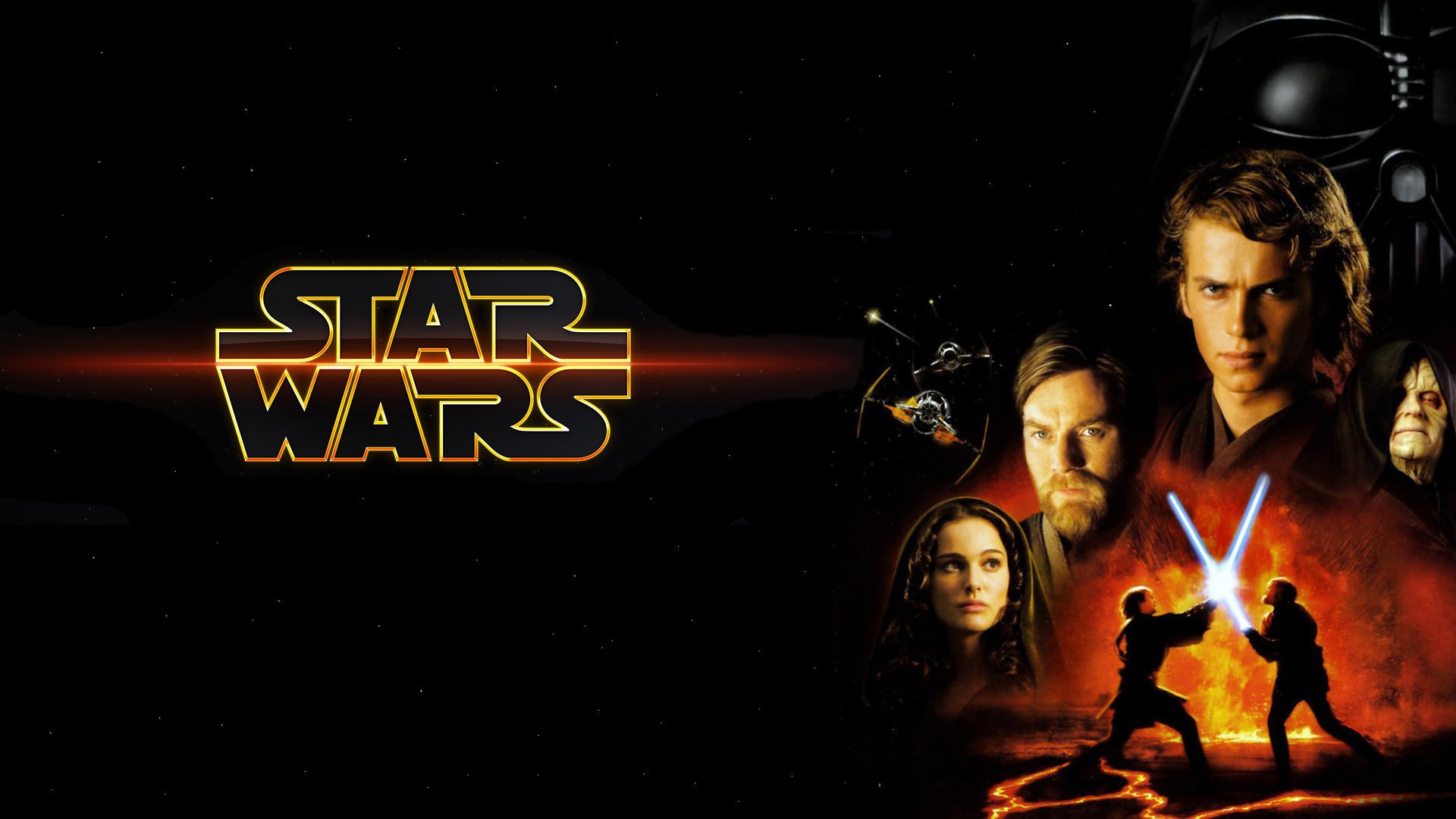 One thing most Star Wars fans can agree on (even those who hate the prequels) is Revenge of the Sith is objectively the best out of the prequels (but of course, some might add it’s like saying I’d rather have AIDS than cancer). I have showed my hand early (the hand being, Attack of the Clones is my favourite out of this trilogy) but objectively, I have to agree.

Revenge of the Sith is well paced, action packed and surprisingly funny Star Wars movie (definitely the funniest Star Wars movie until the sequels came along). Whether it’s the first rescues mission, Obi-Wan vs General Grievous and his not one(!), not two(!!), not three(!!!) but FOUR (!!!!) lightsabers at the same time, or the final action piece where Obi-Wan goes up against Darth Vader pre metal suit, there sure are plenty of action pieces, where for the most part, they aren’t edited to death, so you should be able to keep up just fine and not wonder where everybody is in relation to each other.

My main problem with this movie is – and this is what I’m trying to get across in all of these prequel reviews – George Lucas wanting to do everything himself. And as I’ve mentioned before, he is a great visionary, he knows what he wants to tell, but he’s not that great with characters or script. Especially when you can see a downfall of a much beloved character throughout the prequels. No, I’m not talking about Anakin, I’m talking about his secret wife, Padmé.

Let’s take a look at her character across this entire trilogy – The Phantom Menace, she’s fearless leader/queen of Naboo, goes wondering on Tatooine with nobody but Qui-Gon, switches herself with her body double several times (btw body double played by young Keira Knightley) throughout the film not thinking about herself, but fighting for her people, and eventually leading an attack on her old palace to take it back from the Federation.

Let’s go to Attack of the Clones – she’s a senator now, therefore in more danger, she goes into hiding with Hayden (that sounds like a 90’s sitcom, Hidin’ with Hayden every Friday only on ABC!) and slowly falls in love with him. But we still see her at the end, kicking some ass in the arena (even though, let’s face it, she should have never survived that place, but you could make an argument Anakin was protecting not only himself, but her for the entire time) and fighting like hell.

In this movie however… she turns into almost a puppy whose sole purpose is to be a mother and therefore turns soft…? Suddenly she’s head over heels, where all she does is planning the future for them as a couple, even though she should know it would be more difficult than that, and cries. I don’t know if George Lucas thinks when women get pregnant, that’s all they are doing, but it seemed her character devolved throughout the trilogy. What a waste of Natalie Portman.

I thought Hayden Christensen got more comfortable with his role, and his performance was much better than the last movie, you can tell how much fun Ewan McGregor is having (I’m really hoping they will do a series on Disney+ with him, I just want more Ewan as Obi-Wan in my life, preferably yesterday) and everything else flows well.

Even the effects hold up today, which can’t be said about different movies from the same era, but then those movie had nowhere near this kind of budget, so I understand why.

Overall, I want to write a tiny bit about the prequel trilogy as a whole, based on what I’ve noticed online.

When these movies first came out, and in the years later (early 2010’s) it was really cool to shit on them, the more shit you could throw at them, the more popular you became. But I’m starting to notice a trend where there are people like myself, who grew up with these films and can love them for what they are. I don’t think objectively anybody can say these are better than the original trilogy. These movies wanted to be different, were allowed to be different, more effects driven, as that technology became available and George Lucas went wild with them. And now, especially since the “sequel trilogy” has finished, and we now know the “full story”, more people are “coming out” with their love for the prequels where yes, they have their weaknesses, but over the three movies, they tell you a full story, that has a beginning, middle and end. Myself, I’m still wrestling with the entire Episode XI as that movie… you know what? You will read it soon. 🙂

All I’m trying to say is, if it’s been a while since you’ve seen these movies, give them a chance now. Is Jar Jar still there? Yes, unfortunately. But maybe you will find that they have more redeemable qualities than you thought.

That’s all for the prequels! Onto the “sequel” trilogy we go! What did you think? Let me know!