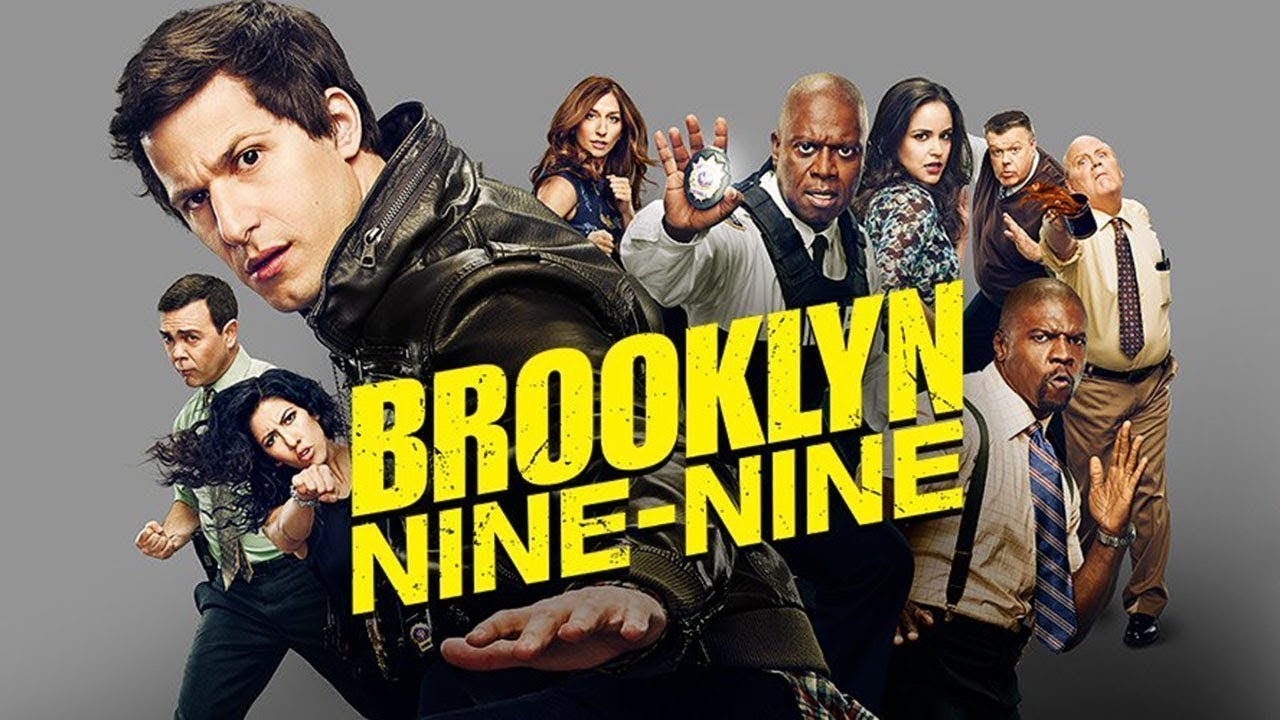 The only thing I’ve wanted from Brooklyn Nine-Nine is to be a funny TV show, where I can watch it, laugh and and not worry about anything for at least 20 minutes. This show not only delivers on that from season one, but it gives you much, much more.

Let me just stop here and clarify something – it’s rare nowadays for a comedy TV show to hit it out of the park from the beginning, but Brooklyn Nine-Nine delivered from the very first episode and it didn’t stop till now. And I can give you some examples – one of my favourites from the last couple of years, Parks and Recreation, which I praise as one of the best comedy shows of our generation, didn’t have the best first season, because the show took some time figuring out plenty of things as it went on, and that’s not necessarily a bad thing. The same could be said for the American version of The Office – for the record, I still haven’t seen a single episode from that TV show, but I have seen the original one and from what I’ve heard, the “great” stuff doesn’t really come in until season 3, as that’s where the American one goes its own way. BTW I promise I’ll fix this, I know The Office is great, just there isn’t enough time, but bear with me. 😉

But let’s go back to this one – there are two things Brooklyn Nine-Nine truly differentiates itself from other comedy shows that are on right now, one is fairly obvious, and the other is not that obvious.

The first reason is the cast – which is obvious. You need people who have great chemistry together, mainly in a comedy genre, and this cast is spot on. You truly believe them that they care about each other, sometimes they drive each other crazy, but at the end of the day, they are there for each other. Plus, this TV show is the perfect example of what I was writing about in my Roxanne review – part of the reason this comedy show works so well, is because there should be only one truly funny character/comedian from our perspective – Jake. All people around him play it (semi)seriously, I’ve never got the feeling like some other actors would be “competing” with him, they all have a role to play, but all of them play them so well, that’s what makes them funny. You could argue the rest of the cast have the harder task of being “accidentally” funny, where they don’t realise that. And that’s what makes this show so great.

The other reason is the occasional serious episode – whether they are dealing with racial issues, LGBTQ+ issues etc. – they always nail those episodes, and that’s not a small feat. When you decide “Hey, let’s shift gears in this comedy show for a bit, and address <insert uncomfortable, yet pressing topic, that should definitely be discussed here> issue” you always are running a risk of either alienating some of your audience, or worse yet, not handling/addressing the issue properly and therefore falling on your face. Brooklyn Nine-Nine doesn’t do these episode regularly, I think you could probably count them on one reasonably healthy hand, but when they do them, it’s something that hits you, in the best possible way. I applaud their writing team for taking risks doing those episodes and nailing them.

What I also admire is the fact that the show continues being great after getting cancelled, and getting picked up by another station almost immediately, after their loyal fans have launched online campaign to save Brooklyn Nine-Nine (originally this show was produced by Fox, from season 6 it’s been produced by NBC) – there is always certain degree of worries – will the new station do everything “correctly” by the writers, will they give them the freedom/resources they need…? In this case, you almost couldn’t tell it’s been produced by a different TV station for the past two seasons (the only reason I’m saying almost is NBC shifted the airing calendar, so the show is not running over Halloween, where as the loyal fans know, is when the famous “Halloween Heists” are taking place, so they had to be creative about that, but so far, they’ve managed well) and that’s definitely a plus for a regular viewer like me.

The show has been renewed for season 8 so far, so all I can hope for is they will deliver yet another great season, and if they need to end it (and I think they should end it after season 9, because, well, see the title of this show is Brooklyn 99, so it would be… you know what, forget it..) I can only hope they will finish on a great note. This show would definitely deserve to end while it’s still on top of the game.

That’s all for this one? Do you like Brooklyn Nine-Nine? What’s your favourite episode? Let me know!