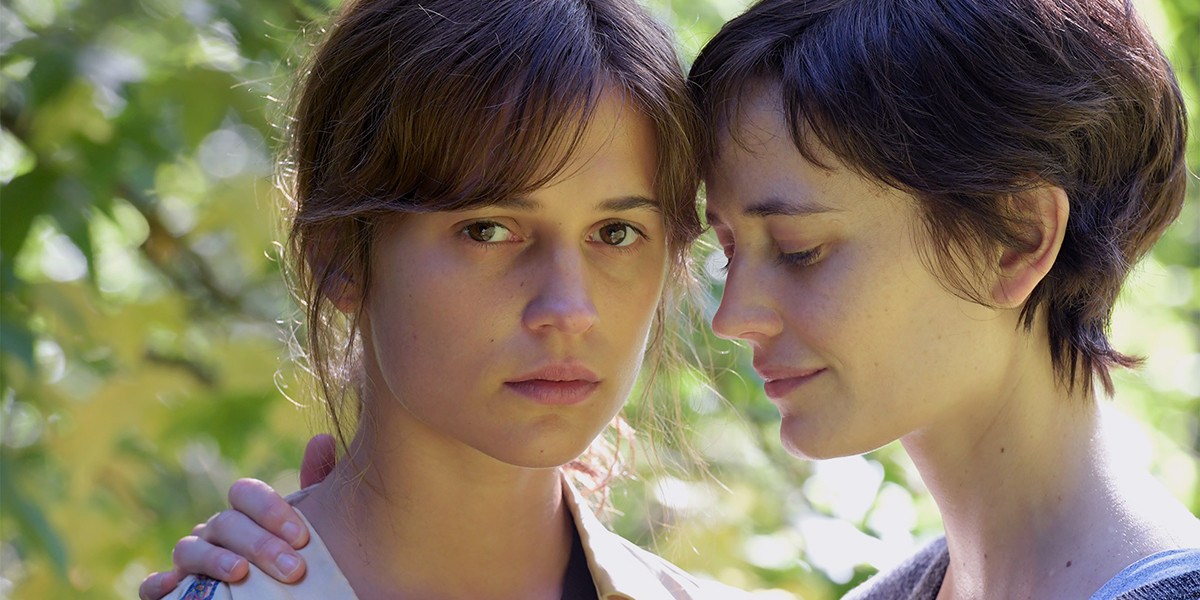 As with plenty of newer movies nowadays, I had no idea what I am getting into, which is something I like more and more. I used to watch a lot of trailers, but now, I’d only watch trailers in the cinema (remember cinemas? COVID-19 is not fun.) or for a proper big blockbusters like Star Wars, where I can’t wait and want to see something from the movie.

Anyway, only thing I knew about this movie was that Eva Green and Alicia Vikander (both capable and great actresses I really like) play sisters, so I’ve saved it to my watch-list for later. And that later came couple of night ago… and yeah. It’d be really tough talking about what didn’t work without going into the spoilers, so…

The movie is centred around Eva & Alicia being sisters, who don’t really like each other that much, both live someplace else and Eva contacted Alicia to come with her for a “holiday”. That holiday turns out to be in Switzerland, and the reason for that is Eva’s character is dying and wants to spend her last week in this fancy establishment, that specialises in making your last days as great as possible… and then give you a special serum that kills you. Yes, euthanasia is legal in Switzerland and everything goes through a rigorous procedure.

So far, we have two more than capable actresses and the main idea is one of them is dying so… You’d think this would lead into a pretty decent drama about life, death, regrets… and yes, the movie touches on some childhood things, on some tension between the two sisters, how different they and their lifestyles are, but it never goes deep enough. That means you, the viewer, are only left bored. Which is a shame, as a movie with this kind of story and two great leads shouldn’t be boring.

The problem here is, this is not a new concept, as this has been done before. Once as a comedy (The Bucket List (2007) comes to mind, even though it’s not exactly the same, but it’s close enough) or as a romantic drama (Me Before You (2016) which is closer to this, given the Switzerland element) – both of these were pretty great movies where you didn’t get bored. And these two are just off the top of my head, there are definitely more movies like this, so the concept “works” and that proves you can take this and make it into almost anything and it’s usually great. This movie tried to go for straight family drama, but unfortunately, it isn’t great. And that’s slightly frustrating, knowing there are movies like that, that deal with this kind of topic, and they’ve done it better.

I’m still not sure what was the point behind this movie… stay close with your family…? Or try to be a good person…? The reason I don’t know is because I’ve already forgotten most of it, and I’ve watched in not even 3 nights ago! That’s how you know you’re dealing with something that’s not that memorable. The only thing this movie did right was the casting – the main two stars I’ve mentioned several times, but even the smaller roles like casting Charles Dance as a guy, who wants to be remembered “slightly better” than he was, or Charlotte Rampling as a counsellor (?) of some sort were great choices. I was gutted that Charles didn’t get more scenes, as his character could’ve been perfect for Eva’s character to maybe realise her sister wasn’t that bad…? That’s the most confusing thing about this movie – it seems like it has all the right elements to make a compelling movie, but it never goes beyond “soap opera” blandness.

Overall, this movie felt like a huge missed opportunity, where instead of gut punching family drama, that you’d remember for weeks/months to come, Euphoria is just an average movie, with great cast. That’s it, unfortunately. If it wasn’t for the cast, my rating would’ve been even lower, that’s for sure. And if you are looking for a movie that deals with this kind of topic (somebody looking to die with dignity), I’d recommend watching the 2 mentioned above.