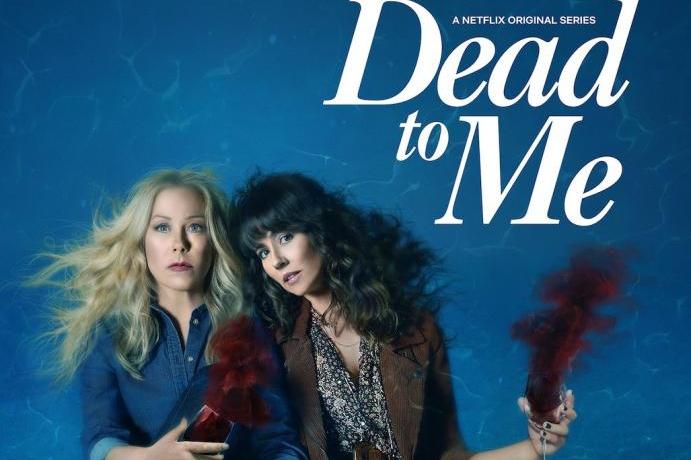 My really good friend recommend this show to me a year ago, when the first season dropped on Netflix, so I told him I will add this to my ever growing list of shows to watch. And to be fair, I’ve kind of forgotten about it, until couple of weeks ago, the second season dropped and he’d remind me to watch it (again). And I thought, why not? Quarantine isn’t over yet, “only” 20 episodes, should be pretty good…

I need to be honest, the first season of Dead to Me didn’t convince me 100%, as I really liked the leads (both Christina Applegate & Linda Cardellini are amazing) and I liked the story, but the “twists” were predictable and I was expecting bit more, mainly from Netflix. But, I am a completionist, and I saw the potential this show had, so I continued watching season two.

I was glad to see the season two got better, but also, more unbelievable as we go on, where everything is super connected, where you might wonder, are we watching a TV show, where there are only 10 people on this planet? The reason I was wondering that was the main and sides characters keep bumping into each others lives, and are super connected to each other too.

For example, of course the guy who gets killed at the end of season one (Steve, played brilliantly by James Marsden) had IDENTICAL twin brother never mentioned on the show prior, named Ben. I honestly don’t think the fact he had a brother, let alone a twin brother, was mentioned once in the first season, so that kind of felt “soap opery” (that’s 100% an expression, no need to Google that) even though I liked where they went with his character as they made him the complete opposite of Steve. Or another “coincidence”, of course Judy’s love interest’s ex is the police detective who knows how crazy Judy is… I mean at some point I would love to see some new characters on this show, that have NO relations to any of our current characters, as I am worried that in season three we would discover Judy and Jen are actually sister from Jen’s dad’s side or something like that.

That’d be my main complain about this show – I don’t know whether it’s intentional or not, but it does feel like a soap opera at times, where it’s too schemey (definitely a valid word, trust me). Luckily, the script and performances usually bring it back to some sort of quality level, where you forgive them and just go along.

Now, the positives – as I already mentioned, both Christina and Linda are acting their asses off in this, where it’s great to see both of them being the leads, seeing them fierce, funny, emotional, vulnerable… Both of them bring it each episode and they have great chemistry between together, where it feels like they might be friends in real life. Both of those characters also feel real, where Jen is the tough “no bullshit” business woman/mom that just tries to keep everything together, whereas Judy is the tender, always forgiving person, who just wants to please/help everybody around her, whether they deserve it or not. But they are much more than that, as you’ll see throughout the first two seasons.

I also really liked the script, where it’s kind of comedy, kind of drama (something that’s basically normalised on Netflix at this point, and more and more TV shows are adopting this) that knows how to say things and when. For example, I really liked how the show treated Judy’s relationship with the new character Michelle. Nobody stopped and questioned Judy “Oh, so you are into girls now?” or something like that, mainly Jen was just happy, that Judy is happy.

My rating after the first season would have been around 3.5*, as I thought the show was good, but had a huge room for an improvement. After the second season, I’m more intrigued about this story and I do think the second season was slightly better, so I’m going to go with a strong 4*, where I hope season 3 (if they actually do it, which I hope they will) would raise the bar even higher. The elements are there and if they manage to end (season 3 or 4) on a high note, it might potentially be a cult classic at some point.