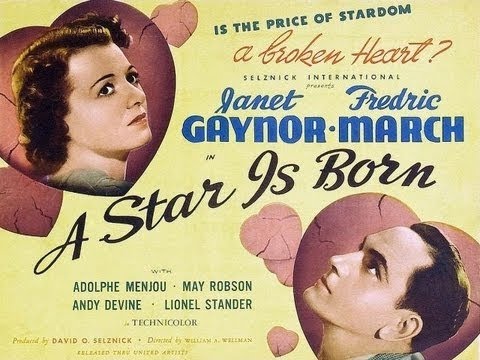 I understand that some people thought the newest A Star Is Born (2018) was a remake of the version with Barbra Streisand from 1976, but that’s not actually true, as that version was a remake of another remake from 1954 and, as far as I know, this (1937 version) is the true original version. So yes, this movie is truly immortal, as (almost) every generation has had their own A Star Is Born remake.

The reason for that is fairly obvious – nothing ever changes, so this story is as relevant today as it was back in 1976, 1954 and even in 1937. Yes, technology improves, the way actors perform on camera has improved massively too, but this is as universal of a story as you will ever see. Come to think of it, this hasn’t been done “just” 4 times, as there are countless more movies about more or less the same premise – somebody young, full of hopes, dreams and short on cash, comes to Hollywood, where they want to make it big. Only thing that changes is how much they struggle on their way to the top, and whether they fall down, once they reach that top and how that affects them and people around them.

I found this movie to be still relevant, even after 80+ years now, as in Hollywood, nothing ever truly changes. You are only as good as your last movie, where it doesn’t matter how many fans letters you receive (or rather in this day and age, how many followers you’ve got across various platforms) but what truly matters is how many of those fans/followers show up to watch you on the big screen (and today, even the smaller, home TV screen counts). Where nobody is truly your friend, they are just there for you, until they aren’t.

I was really surprised with performances in this film, as I thought both Janet Gaynor and Fredric March have done really well, especially for 1937. Don’t forget, we can’t judge actors by today’s lens, as even the most mediocre actors of today have much more knowledge about the craft, know how to act, what works and what doesn’t. But I honestly felt like these two performances were not bad at all – I have trusted both actors almost everything, especially Fredric portrayed his role of a somebody, who used to be a big name actor, just for him to shift to a new “role” of “husband to a great actress”, really convincing. I know some won’t agree with what I am about to write, but I’ve found his character much more convincing than Bradley Cooper‘s in the latest remake of this film and here’s why – we can see the glimpses of this guys greatness, whereas in the newest remake, Bradley’s character is pretty much done for from the start, because of his alcoholism.

As I am a completionist, I will try and watch the other two remakes from 1954 and 1976, just to compare them and see not even which movie has the “upper hand”, but how each director and cast dealt with the same story, how many differences there are and how close they are to each other. Because I tell you what – so far, I’ve seen this version and the 2018 one, and I preferred this one. One day, I might write about why I didn’t care that much about the new one. So that leaves me wondering, how much will I like the other two remakes and how they deal with this story in two completely different eras.