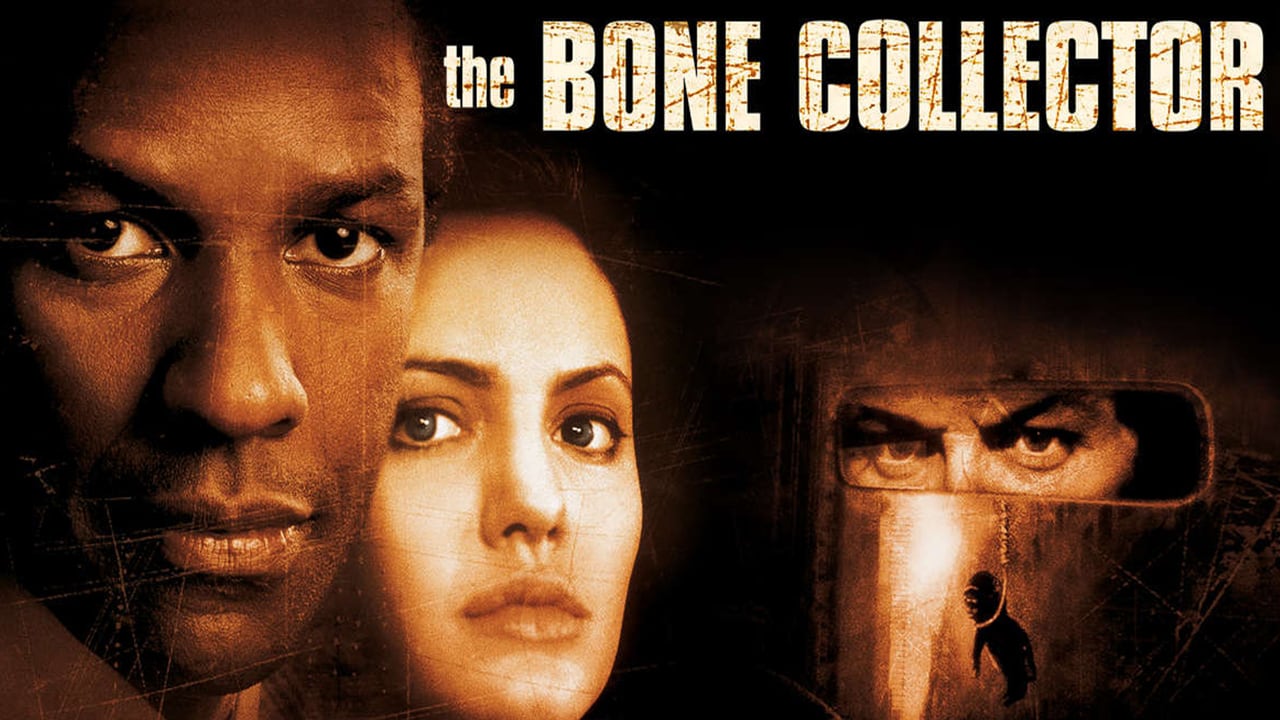 The 90’s. Decade of new age technology (internet blowing up), decade of some of the best movies ever made (mainly years 1994 & 1999) and also decade of dark thrillers, that inspired countless TV shows like Criminal Minds, NCIS just to name a couple, where mainly the first one is so influenced by dark, gritty 90’s thrillers, that if it wasn’t for them, that TV show wouldn’t exist. Which is funny, as this movie wouldn’t exist, if it wasn’t for a fact that every studio wanted it’s own version of Se7en (1995), as Phillip Noyce, the director of The Bone Collector, admitted:

Phillip Noyce is not a big fan of his work on this film. In the wake of Seven (1995), every studio wanted a copycat serial killer film on their books. He felt that he was just part of the assembly line by signing on to this film, knowing full well that he would never be able to match David Fincher‘s achievement.

The Bone Collector is surprisingly tough movie to rate by today’s standards, as the TV shows I’ve mentioned have done this kind of material better (was never a big fan of Criminal Minds, but because of my girlfriend, I have watched couple of episodes and it was interesting) as they not only had the advantage of time, but also… time? Wait what? Don’t worry, I’ll explain.

The first instance of time is the time period – working in mid 2000’s, with different technology and police procedures available, more knowledge about this kind of work, also knowing where the previous movies/TV shows succeeded and failed, that gives you an advantage, as you know what can you do with some stories and what to avoid/what wouldn’t work as well.

The other is the actual time, as by definition, TV show doesn’t have to have everything wrapped up nicely in 40 minute episode. Don’t get me wrong, they can and they definitely have done it, plenty of times in fact, but they can invest a full season or two, if they wish, to fully flesh out a character of a serial killer, think his/her plan through (yes, even ladies can be serial killers, #Feminism) and go in really deep for a really long time. And that’s something no movie can do, no matter how great or long it is.

And even though I understand why these thrillers are no longer being made as much as they were, I do miss them, as specially the 90’s ones have had this atmosphere, that you can’t replicate today. Even this movie, which is really entertaining, but nowhere near as great as already mentioned Se7en (1995), still holds up fairly well, because of the tense atmosphere and great casting. It also holds up as it was shot in pre-smartphone, pre-Internet (at least the “proper” Internet we have available today) era, as the detectives need to actually do some work, not just type everything into a PC, look for information online, where everything is “solved” within minutes.

What I really appreciated in this movie is the fact Angelina Jolie isn’t just an eye candy, but is given something to do, even if the reason for her being in that situation is the ultimate movie reason of all time (because she took some pictures really well and had a half a brain to stop a train, so it wouldn’t ruin the evidence, Denzel Washington‘s character sees something in her…? As I say, only in movies…) I also found it interesting to put Denzel’s character on a bed for 99% of the movie, so his character spends most of his time talking to people on the phone, staring on screens, or hyping Angelina’s character up, so she can see the very same thing Denzel sees in her.

If you are a fan of darker, twisted crime shows or old-ish thrillers, you might want to check this movie out, as I think it holds up fairly well. My main complain would only have to be that the run time could’ve been slightly cut down, as towards the end, movie starts to drag a bit, which is a shame, as until that moment, I was really enjoying it. But then again, I do like these darker thrillers and Angelina, so I might be a bit biased. 😉