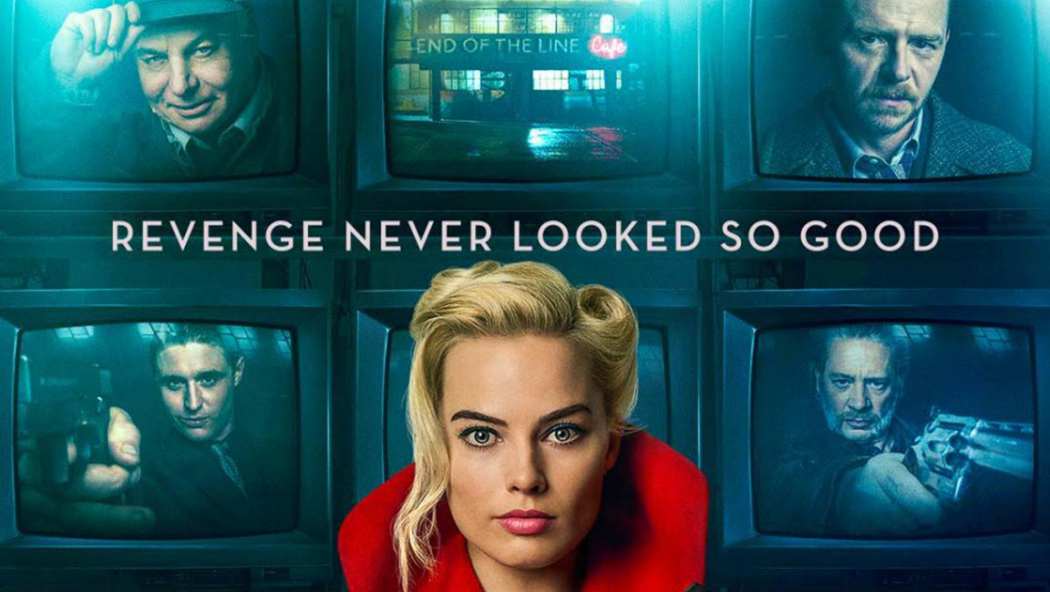 Terminal is a strange movie. On one hand, I really liked the aesthetics, some of camera work is great and the movie has a perfect length, where it doesn’t drag on for too long, but… everything else is so heavy handed, or predictable, that it knocks the movie down.

The main crux of this movie is – bunch of assassins going after each other, in unspecified part of the world, all situated at train terminal. Very roughly, without going into any spoilers yet, that’s it. This modern film-noir then takes the route of being really stylised, dialogue heavy movie, where nothing is as it seems, and there are a few twists coming your way. Some you will see from the very beginning, some will only surprise you because movie wants you to be surprised (doesn’t give you plenty of clues, so you know there is something else coming, but don’t know what).

It’s difficult to go into why it didn’t work for me without going into the spoiler territory, so…

This movie has several twists. And as I’ve mentioned, plenty you will see coming a mile away (identity of Mr. Franklyn, the fact Margot Robbie‘s character might have a twin sister) and others you won’t really see as you had no way (who Simon Pegg‘s character really is, or the “main” twist of Mr. Franklyn being related to Margot’s characters). And where the movie was meant to be great because of these, it just felt… meh. I don’t know why, because I need to repeat myself, stylistically, I did enjoy this movie. But I don’t think it’s as clever as the movie thinks it is. Some parts of the screenplay reminded me of Quentin Tarantino, but without any of his “magic”. And some visuals, and editing reminded me of Edgar Wright, but without any of the genius, that would give the movie anything extra.

Most of this movie almost felt like it knew, it might not be that strong or clever story, so it tried to “hide” it using these visual crutches that would work for the filmmakers mentioned above, but they didn’t and here’s why. Both Quentin and Edgar, use these in a way that elevates something they already thought of, not as a distraction. Or it never feels like that in their movies. Especially the visual gags and editing style of Wright’s movies often add an extra layer of enjoyment for some jokes, or even story points, so when you re-visit his movies second, third time, you’d notice something new each time. With Terminal, you notice everything almost immediately, and if you didn’t, the movie makes sure it hits you over the head with it, so even if you only paid attention half the time, you’d get it. It’s almost like the movie doesn’t trust its viewers to be able to handle this story. And for a movie, where several times different characters mention “Who says mystery is a lost art?”, that feels slightly disappointing.

I did like the cast, mainly Margot Robbie, Simon Pegg and Dexter Fletcher who were all great. Even though, towards the end, Margot’s performance felt little too over the line, where I understand her characters called for her being off the chain, balls to the walls crazy, but last 20 minutes or so, it felt like overacting from her, just a tiny bit. And I’m a huge Margot fan.

I can honestly say that if this movie came out in mid 2000’s and if I were to see it when I was around 15 or so, I’d have probably loved it. And there will be people who will see it at the right time in their life, where it will be their version of how great a mystery noir film can be. But not for me, unfortunately, as pleasant aesthetic is not everything and the story feels like something I’ve seen before a few times with 2 extra twists, just to mask the fact everything else is re-hashed. And with IMDb rating being 5.4/10, it looks like I am not the only one thinking that.