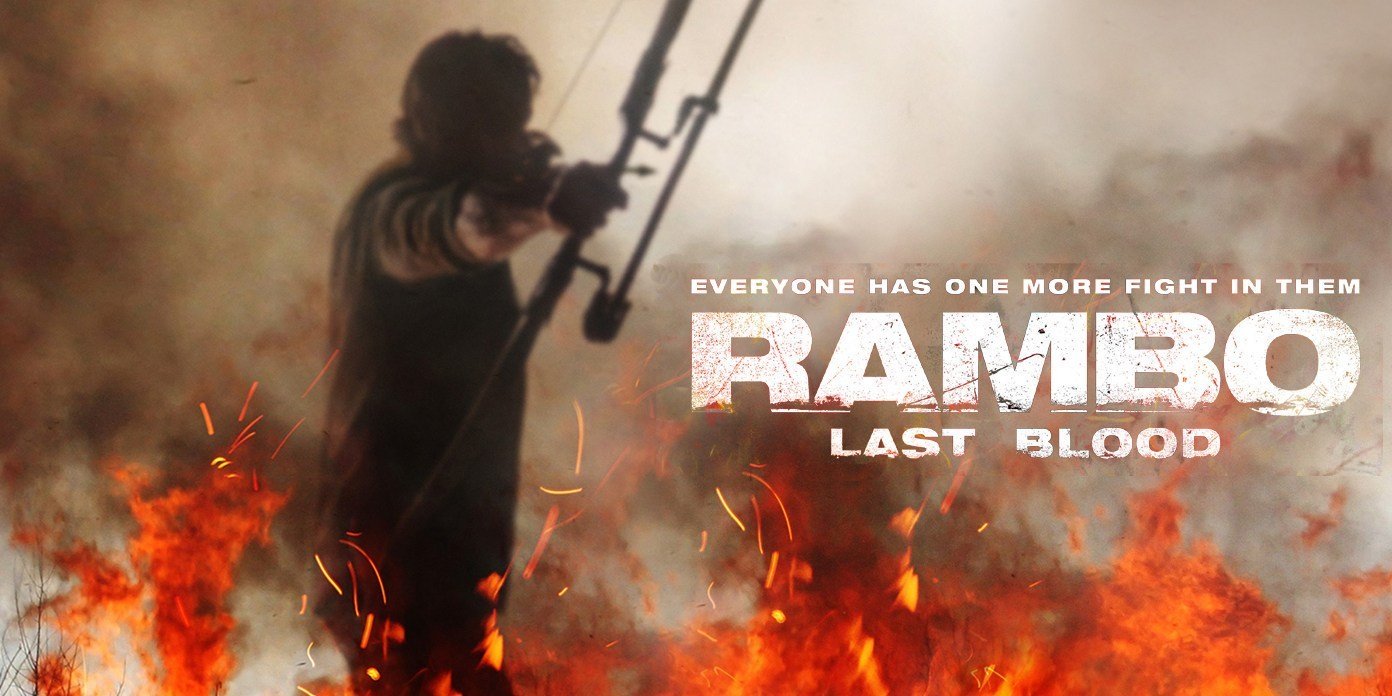 As weird as this might seem, I’ve loved Rambo ever since I saw the first movie when I was about 11/12 years old (you know those uncles, that show you what they grow up on…? Exactly.) and that is why I was looking forward to the latest, and from the looks of it, the last Rambo movie (at least with Sylvester, somebody will probably do some sort of “son of Rambo” or “third cousin twice removed, whose dad kind of knew a guy, who once looked at Rambo from a distance) they will make. And the results is… a pretty mixed bag.

Rambo: Last Blood doesn’t feel personal. Let me explain what I mean by that. Plenty of people have this franchise associated with Rambo being this undestroyable killing machine, who’s taking out fools by hundreds, has muscles on top of muscles and doesn’t really talk that much. But they seem to forget that the very first movie (who’s often miscalled Rambo, but its actual title is simply First Blood (1982)) was actually a really good drama/reflection on Vietnam war, focused mainly on treating the Americans, who fought there by the general public right when they came back. I dare you to re-watch it, and you will discover, that it’s more a drama than anything else. The sequels made Rambo into the “punchline” we all know and parody now, but even those sequels still felt “personal”, where it was about him and dealing with the trauma (in a very bad way, don’t get me wrong) and the darkness in his soul.

This movie tries very hard to play with that, and if done correctly, this could’ve been so great. But instead of centring the story on Rambo in his later years and how he deals with everything, we get a story about him living on a farm (ok) with some maid (ok…?) whose granddaughter just needs to find her real father in Mexico (… I mean what?), even though she’s warned by every single character in the movie (meaning her grandma and Rambo) not to do it, yet she goes and of course get kidnapped and sold (?) into a sex slavery, so Rambo needs to find her… If you are thinking “well, that seems random”, you are not alone. And this is where this movie fails the most – why should we care, as an audience, about these random people in a RAMBO movie…? Even the sequels, no matter how ridiculous they’ve gotten, were always centred around Rambo and his Vietnam war experience. This didn’t feel like that at all. You could take this script, take the name “Rambo” out of it, and make it with anybody, and it would probably work slightly better, as it has no tie or relation to Rambo whatsoever. It’s interchangeable. Instead of being more like the very first movie, this ended being much more like the sequels. And as much as I can enjoy them in their own way, that’s not a way to say a goodbye to this legend.

The last 30 minutes or so, when Rambo actually kicks ass and defeats pretty much every single bad Mexican there is (I swear, if this movie was a reality, Americans wouldn’t need any walls or anything, as Rambo just cleaned up Mexico once and for all) were actually entertaining, but it was a bit too late at that point. And the ending with the “Rambo over the years” montage felt so undeserved. Don’t even get me started on the scene right after that montage…

What could’ve been a proper “back to the roots” ending of a franchise, that would honour the previous movies, just kind of fallen flat, with the last 30 minutes or so being the clear highlight of this otherwise average, not personal movie. For a screen icon such a as Rambo, it feels underwhelming. This also points out one clear fact – we could only be grateful that Creed (2015) and Creed II (2018) were as great as they were, as they had somebody behind them who actually understood what that franchise was about. And, with all all due respect to the creators of this movie, they didn’t seem to understand what made Rambo (mainly the first film) into such an icon. Shame.