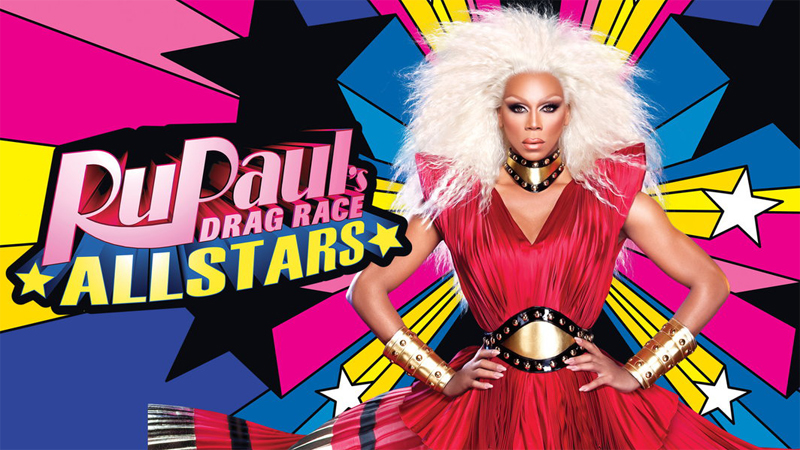 How I feel about RuPaul’s Drag Race I’ve covered here, so of course, now when I am fully on this RuPaul train, I do feel like I want to write a thing or two about All Stars, where the contestants, who got close, but not quite there (except maybe one exception) are given a second chance to shine, to show us whether they have changed (or not) since their original season, or how their drag evolved.

I can’t lie, I am loving this, maybe even more than the traditional Drag Race, as everything is taken to another level. After all, everybody in this competition knows exactly what they are signing up for (well, maybe with one or two exceptions, but no spoilers here) and most of the time, you end up pleasantly surprised about some queens who had time to work on themselves, their art and this show is the ideal platform for them to showcase it. And sometimes, you kind of confirm that some other queens would probably not be the most pleasant to be around.

My only two concerns about the future of this show would be:

Let me explain… sometimes, you can tell the producers are more than aware who is (or was) the fan favourite and they bring them “straight” from their regular season into the All Stars, which to me is a bit questionable. I honestly believe there should be a bigger gap between any drag queen’s season and their All Stars appearance, so they can learn a thing or two, develop themselves a bit more “out and about” (even though I do acknowledge in this COVID era it’s easier said than done) and maybe couple of years later they would get the invite. As Ru would say himself “a fan favourite All Star don’t make”, they should truly be the best of the bunch, who ended just before the finish line. That brings me to my other concern…

Seasons 2 – 5 were given to us in 4 consecutive years. And yes, most of the queens deserved to be there, but some (I am not going to name names) didn’t feel like they should have been there. Or maybe the better way to put this – I’d expect different drag queens instead of them. I know, this a matter of a personal taste, but given the season 5 now wrapped up and because of COVID I don’t think there will be any of the regular Drag Race or All Stars for some time (unless they already had something prior, with these show you never know). For a regular Drag Race, that hurts a bit, but for All Stars, I do believe this might be a good thing. I honestly think there should be a “buffer” of at least 2/3 seasons (AT LEAST) between any queen being eligible to appear on All Stars, so they’d not “run out” of actual interesting queens. The last thing we, as fans want, is for this competition to become a show, where eventually everybody got a second chance. It would be a nice idea, but it’d “cheapen” the All Stars effect.

But these two are my only “worries” for the future of All Stars. I really hope this show will continue delivering fun, interesting and most importantly entertaining content, I can definitely see some queens from season 11 and almost every queen from season 12 (that honestly was a really strong season) coming back. But I wouldn’t want to repeat the mistake of having plethora of queens from the same season back in the same All Star season, as that might result in a bit unfair elimination (cough, All Stars season 2, cough, the Ro-Laska-Tox covering each other’s backs, COUGH COUGH). It’d be great if the seasons were more evenly spread to prevent this drama/alliances that undermines the effort and entertainment value of this otherwise enjoyable show.

Overall, if you like/love the RuPaul’s Drag Race, the chances are you will also like/love this show, as so far they have (mostly) done it correctly when comes to who comes back and gets a second chance. And it’s still the kind of fun I am not ashamed to have.

That’s all for this one! Did you see it? What did you think of it? Let me know!