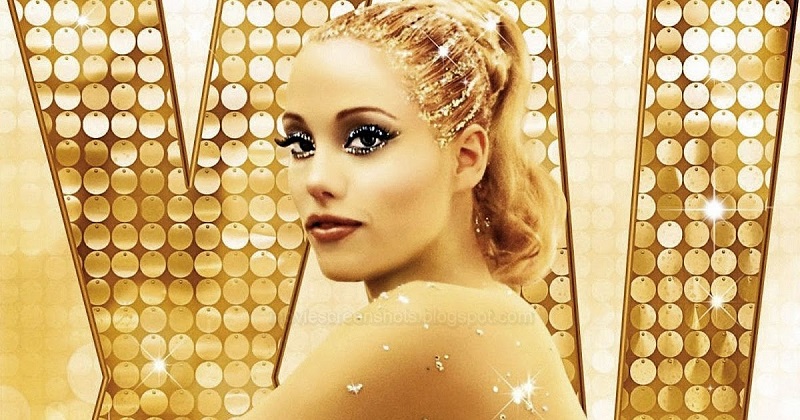 Watching Showgirls is like watching a car accident during a train wrack, while there is a tornado full of sharks, that is keen on spreading fake news & COVID-19 at the same time, somehow. It’s a bizarre, bizarre movie, that went from really bad to a cult classic within two decades, where the main actress acknowledged, that this movie was the main reason her carrier stalled and her agent actually dumped her right after this movie flopped so hard. Yes, how often do you hear about an agent leaving their client because of a single movie…?

I’ve recently had the… pleasure (?) re-watching this, as I’ve only seen this film once before, when I was really young, for… ehm… reasons. Ok fine, Elizabeth Berkley is a great looking woman, and I am really simple man, so there is that. I was too young to grow up on Saved by the Bell (1989 – 1992), so I wasn’t as attached (or shocked?) as many by seeing her naked. By the way, while researching this I’ve discovered there will be new Saved by the Bell, that’s supposed to premiere this year…? Is creativity truly dead? Is 2020 just a bad simulation that just got out of the control? Will Kanye be president? Plenty of questions, but we will never know the answers to them (well, maybe except the last one).

Prior re-watching this movie I’ve read a lot about it, I’ve seen a lot of videos mocking it, exploring its cult status, or how Elizabeth is in totally different movie than rest of her cast members, as she overacts the fuck out of every scene she’s in. Seriously, EVERY scene. But it’s only when you properly watch it and you actually see it right in front of your eyes, it becomes apparent, that the 90’s were truly the “anything goes, God that’s some great cocaine” decade. This movie is over the top with pretty much everything – nudity, violence, dance sequences, but Elizabeth Berkley unfortunately turns everything up to… let’s say 28. Out of 10. And I’ve always found that weird, as everybody around her seems like they somehow knew what this movie was while they were making it, so they just went with it. But not Elizabeth. Well, as I’ve learned after reading the IMDb’s trivia, she’s actually done exactly what’s been asked of her by the director Paul Verhoeven:

In 2015 Paul Verhoeven said the film ruined Elizabeth Berkley‘s career. He said, “Showgirls certainly ruined the career of Elizabeth Berkley in a major way. It made my life more difficult, but not to the degree it did Elizabeth’s. Hollywood turned their backs on her. If somebody has to be blamed, it should be me because I thought that it was interesting to portray somebody like that. I had hoped the end of the movie would explain why she acted that way, when it’s revealed she has convictions linked with drugs, but that too turned out to be a big mistake. I asked Elizabeth to do all that – to be abrupt and to act in that way, but people have been attacking her about for that ever since. I did consider that people would think she had a borderline personality, but that was because her character had a history of drug abuse, so I tried to express that through her abruptness.”

Knowing this, I do feel bad about Elizabeth and her having the target on her back, for getting the blame for this movie. I honestly didn’t get anything remotely close to Paul was trying to say, but I don’t think any other actress would have made it work either, as that’s not something that can come through in that kind of movie even in 2 hours. It’s like that infamous rape scene – while it might have been based on a real event (as another IMDb trivia states below), it totally stuns you, as the movie prior is wanna be satire of Las Vegas (or Hollywood, if you wish) and it’s glamorous lifestyle (“you are a whore, darling”) but until that scene, it didn’t go to such a drastic dark place. It honestly felt like it was there for a pure shock factor, something like “Gotcha, see! This movie can be dark AND serious!”

The rape scene, and the subsequent refusal of the Las Vegas big shots to punish those responsible, is based on a real incident that Joe Eszterhas learned of while he worked for Rolling Stone magazine.

Why the screenwriter felt the need for the rape scene… I guess…? Source: IMDb.com

It almost feels like the movie didn’t know what it wants to be, so it’s trying to be both, sexy, violent low-stakes “fun”, that takes a dark turn just so we get a message and that message is… things like that happen? Big celebrities can get away with pretty much anything? I mean, yeah, I guess…? Showgirls is truly a movie that somehow feels like it came both little too early and too late. I wouldn’t be surprised, if somebody rebooted it into some sort of dark HBO mini-series where we could actually see the original concept behind Nomi’s behaviour, past, drugs etc., being explored properly, with more time and nuance, as that might work…? Would it pay off in some sort of massive way that it’d be worth getting back to this material instead of coming up with something new? That’s a question for the audience, but I guess if people are willing to watch reboots/remakes of most shows/movies from the last 20/30 years, why not this one?

That would be the ultimate challenge, wouldn’t it? To me, remakes of successful movies never made sense – why reboot/remake something that’s already worked and was successful? Why not take something that had potential, (and from that IMDb trivia, something like that would intrigue me), but because of variety of reasons failed (horribly failed) but somehow, it managed to find an audience that seems to be enjoying it without labelling it as guilty pleasure? You’d still get the audience of the original that loves the original property, and its name without any of the heavy burden on your shoulders, because if you fail, you won’t fail as spectacularly as the original (at least I can’t even imagine how that would look like) so there is no pressure, and if you succeed, congratulations, you’ve improved something that existed and was… questionable to say the least.

When I started this review, did I think it will turn into me basically advocating for a reboot of this property? No, I can’t say I did see that coming. But that’s what movie like Showgirls does to you – you start thinking about it and you never know where you’ll end up. Truly one of the most bizarre, big budget Hollywood disasters of all time, but yet… I couldn’t look away.