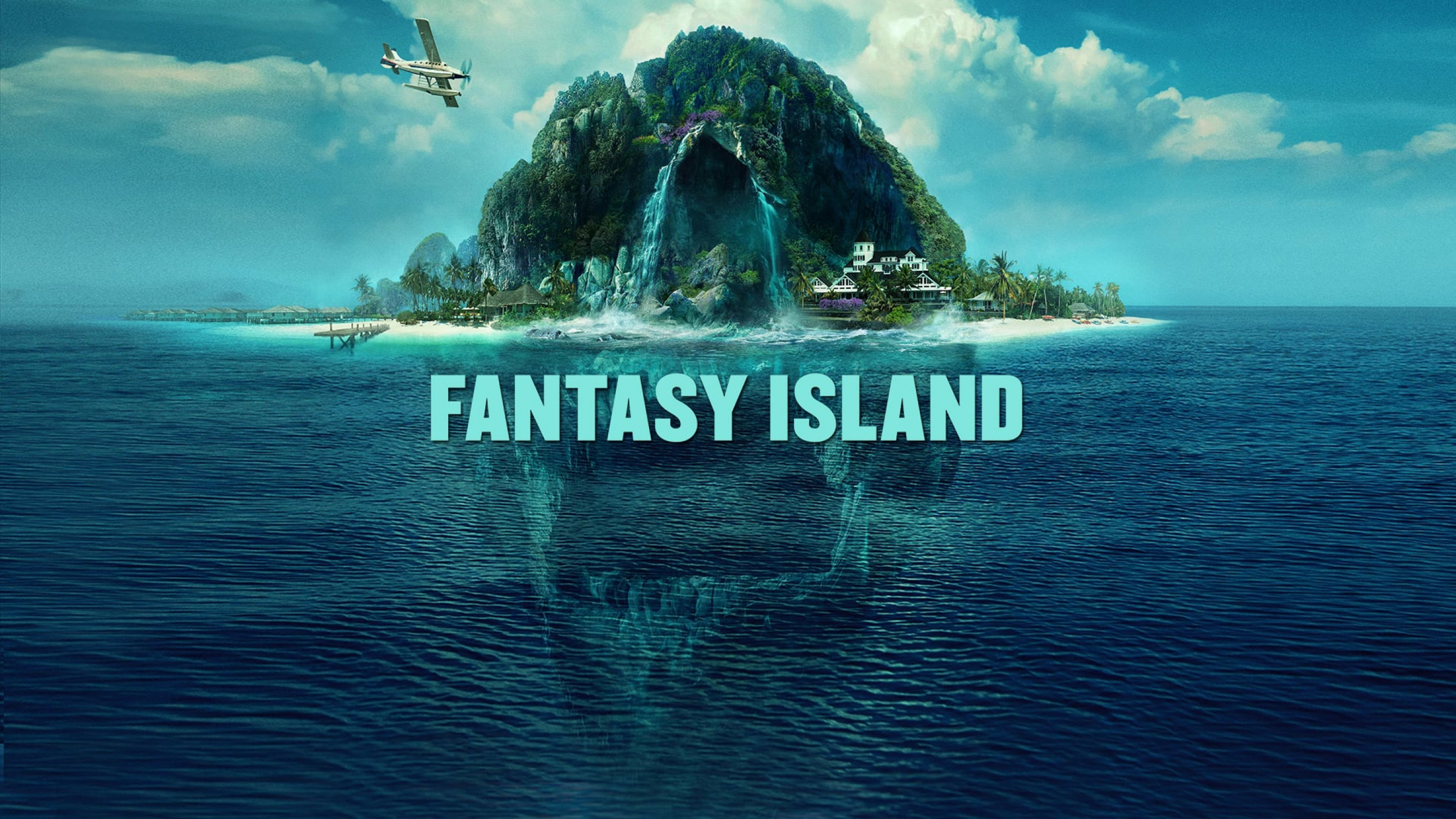 Ok, right from the start I need to address something – I know the inspiration behind this movie is the TV show Fantasy Island (1977 – 1984) and that is where, to a certain extent, the TV show Lost (2004 – 2010) borrowed some elements from. But I haven’t seen the original TV show, and the movie really reminds you Lost, except really boring double episode, that wants to be a bit of everything, that results in… nothing much. Some might say “Hey, that’s exactly like Lost!” but I am not one of them (I do need to re-watch it and write about it at some point…)

Fantasy Island starts up promisingly, a group of random (OR ARE THEY?!) people are brought to an island, where everything is possible, so you get to act out any fantasy you might have. So far so good, as the name of the movie is the premise, nice and simple, brilliant. And with such an intriguing premise, you might spin it in variety of ways. The way people behind this film decided to spin this one… well, doesn’t make sense to me and feels almost wasted. Especially the longer you think about all the different twists and turns that this movie tries to justify (but does it though?) the more it doesn’t make sense, on the potential re-watch. Yes, this is one of those twisty movies that lives (or dies) on how strong those twists and turns hold up upon re-visiting the movie and I don’t have to re-visit it to know it wouldn’t hold that well. But of course, we need to go to the spoiler territory, so…

I really liked the idea that there is something connecting all these random people and that even though they think they are acting out their fantasies, they are actually a part of a bigger, revenge fantasy. But, once you get to know the actual story behind that revenge fantasy (a girl, who had ONE date with a guy, who dies in a fire, is pissed off and wants all people involved either directly or not directly to die and pay) it just seems like a bigger stretch than winning a lottery while, at the same time, getting massaged by Kate Upton. First of all, she’s had one date with the guy and she’s ready to kill for/because of him? I know we are supposed to believe she’s got issues, but that seems a bit far. Also, how did she discover everybody involved? How did she discover (for example) the police man, who, just for the record, isn’t a fireman, therefore was he really to blame for not running to a burning building…? That logic seems a bit murky to me…

I think that is what is the most infuriating thing about Fantasy Island, the potential was there. The cast was solid, even though I only knew a couple of people prior (which usually is a good thing, as you don’t have such attachment to actors from their previous movies, so you can focus on the mystery at hand) the location was beautiful and until we learn the truth behind this movie, the story was intriguing enough.

What also doesn’t help this film out is tonally, it’s trying to do a bit of everything. It starts out as almost a comedy mixed with a fantasy genre, slowly touches on some action, drama and thriller notes, just so we can go to wannabe horror genre at the very end…? Which, don’t get me wrong, I don’t need movies to be one singular thing, but if you decide your movie will cover several different genres, maybe think about how they enhance the experience…? This didn’t seem to flow naturally, so the horror element for example is almost non-existent, except for couple of really cheap and not effective jump scares. The same with the drama, there is some, but it’s not done effectively, so the moment you think we might have something here, it moves to the thriller part of the story. It’s like trying to bake a cake, that has bit of strawberries, bananas, lemon, raspberries and for a good measure, you sprinkle some chillies on top. Now I am not saying that combination can’t work, but it takes somebody with a clear vision to execute it properly.

What could have been a potentially decent start to a franchise (or possibly a TV show, the same like the original, or the before mentioned Lost) has unfortunately turned out to be a subpar movie, that doesn’t know what it wants to be first and foremost, so it’s a mix & match of a few things, where it doesn’t shine enough in either category/genre to stand out in between other movies. Which would be bad enough in a normal year, but in 2020, where this film had next to zero competition because of COVID-19, that’s even worse and quite sad, to be perfectly honest. You won’t be too bored and some ideas are pretty good, but overall, you will forget this movie in about a week’s time.