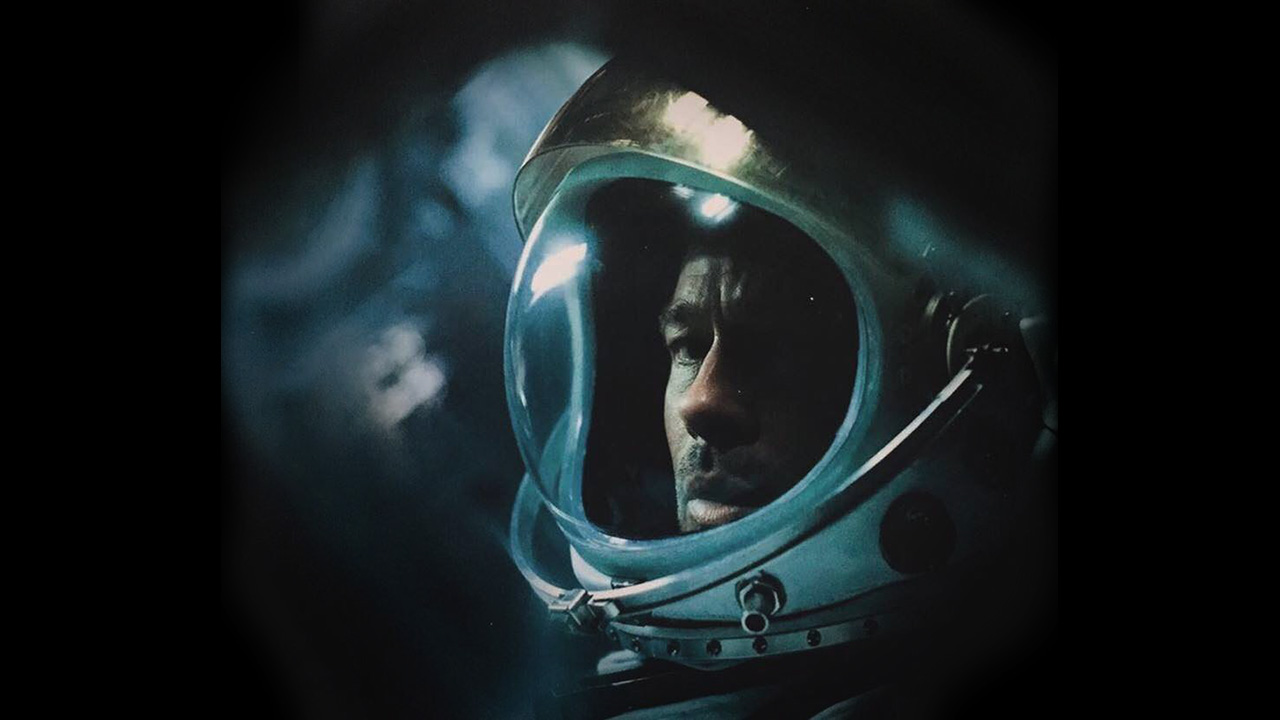 Ad Astra feels familiar, yet different. It mixes Interstellar (2014), 2001 A Space Odyssey (1968) and Gravity (2013) together to create something that’s not as great as either of those film, but it’s still interesting nevertheless. Also, it take the “best” elements of those movies (space travelling feeling of Interstellar, the slow pace of 2001 and some action-like sequences of Gravity, especially the sequence at the very beginning of this movie) but it doesn’t feel repetitive, it feels like its own unique(ish) thing.

For me, the biggest draw to this movie was Brad Pitt. Especially the last year was really kind to him (it’s easy to forget because of COVID-19, that he’s won his second Oscar in February 2020 (yes, this year!) for Once Upon a Time… in Hollywood (2019), his first for an acting role, as his first Oscar was for producing 12 Years a Slave (2013)) and it seems like people finally are recognising him for his talent and are seeing what he’s doing for other filmmakers in Hollywood, as he’s produced more than 60 movies in the last 14 years. Not bad at all. And in Ad Astra, he gives us something different, as his performance is really subtle. Basically, there are almost no scenes without him, as the entire movie revolves around him, but you never get the feeling like it’s too much. Pitt’s performance is really… approachable…? The best way to describe it is “low key” as it seems like he’s barely acting, in the best possible way. At times, this movie felt more like a documentary about a real guy, who’s actually this level-headed astronaut, whose blood pressure barely goes over 80. Definitely one of Brad’s best performances.

The movie ultimately suffers from a tough competition, as just in the last couple of years, we have had our fair share of truly great sci-fi movies. And while Ad Astra is definitely a good movie, that stands out, it also drags on a bit too much every once in a while. As I mentioned in my previous reviews, I honestly don’t mind movies that take their time to build their world/atmosphere/feeling properly, but there is also being a self-indulgent. And this movie might have been bit too self-indulgent. Yes, plenty of shots were stunning, but plenty of them dragged on. Yes, there were some great action sequences (yet again I need to mention the beginning of this movie) but than there were large chunks of this movie where if you told me you fell asleep while watching, I wouldn’t blame you.

Also, any time we might have another interesting character Brad Pitt can interact with, they either serve as exposition dump for him, or they just die after a few minutes. And look, I understand this movie is ultimately about this dad/son journey, where the son is looking for his dad and in doing so, looking for piece of himself in the process, but sure would be nice to get to know some other characters in this movie. Especially if the film includes actors like Tommy Lee Jones, Ruth Negga, Donald Sutherland or Liv Tyler (who if I am not mistaken, doesn’t speak a single word in this entire movie, which must be some kind of record…?)

I do understand the division with this movie, as it’s definitely more about the feeling, rather than a simple story/narrative structure. If you are into movies, that make you think about life, and if you want to see how Brad Pitt matures to perfection and can have the entire film basically rest on his shoulders, than you might like Ad Astra. But if you are looking for more “conventional” sci-fi film, I would stay clear of this movie, as you might fall asleep while watching it.