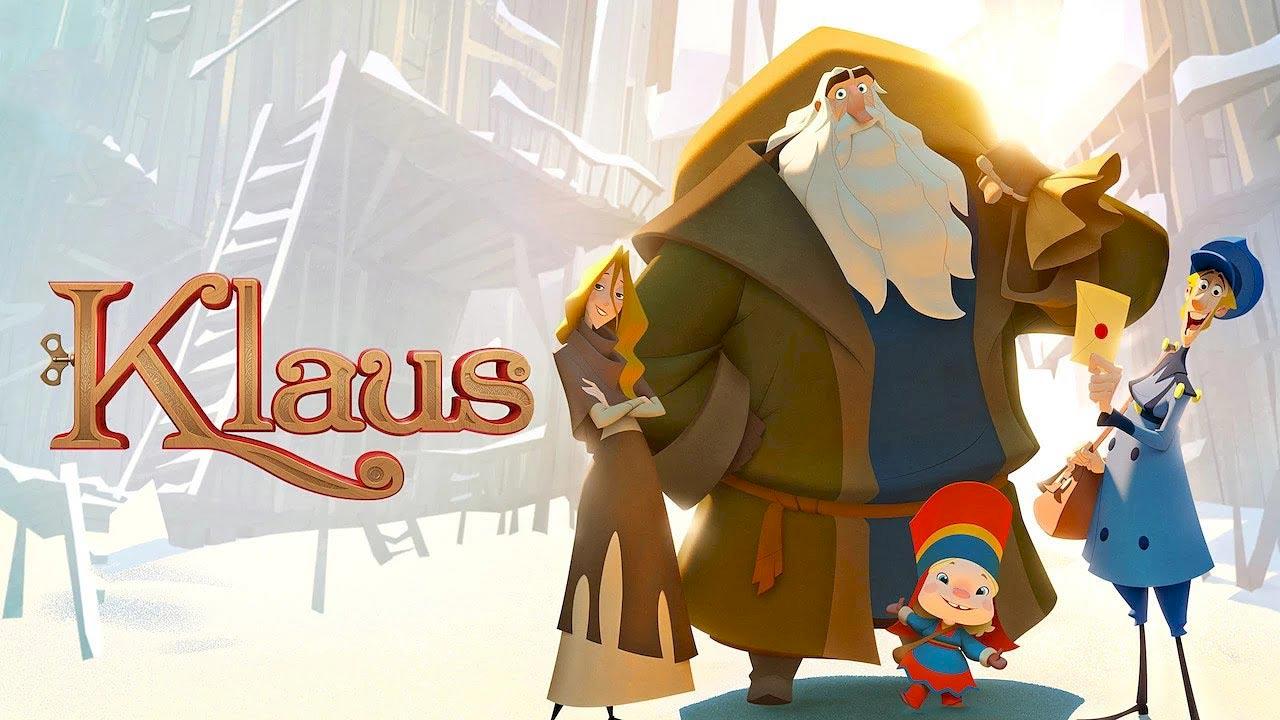 I remember hearing really good things about this movie a year ago, when it came out. But then, regretfully, I have forgotten all about it. But couple of weeks ago, some movie people I follow on Twitter started to “argue” that even though it’s really new, Klaus is a Christmas movie done right and will 100% become a new holiday classic for years to come. Yes, Twitter can sometimes do great things! So, being reminded of this movie, I’ve discovered it on Netflix and watched it with my girlfriend. And we absolutely loved it.

The story at first seems to be as cliché as it gets, spoiled son is shipped away to make something out of himself, he hates everything, he’s lazy… you name it. But there are these little things, quirks that differentiate Klaus from other movies. First of all, the animation looks more unique than your “average” Disney/Pixar/DreamWorks so it hits you differently, in a good way. The second thing was the jokes seemed to be more subtle, nothing too “in your face” like animation movies have done over the past couple of years. It’s almost like they have decided that even though this is an animated movie, it doesn’t mean we can’t have better jokes or deeper themes to cover. And that brings me to the most unique thing about this movie – the actual story.

See, Klaus is really about how this legend of Santa started. But it’s done in different way, European way. What does that mean, you might ask? Well, plenty of European legends/fairy tales are actually darker than American ones and are usually not shy from dealing with heavier topics within its stories. Just an example, have a read of the original story by Hans Christian Andersen, The Little Mermaid and you might be shocked to see how much Disney had changed it to be more palatable to Americans. And that is the biggest advantage of Klaus, it is not Americanised in any way. There are some darker elements and the back story behind the actual Klaus and why he has so many toys, is heart-breaking. But don’t get me wrong, this is a movie for the entire family, 100%! Just because it might deal with certain topics that would make you a bit sad (my girlfriend cried her way through most of the second half, either it was too sad, or too cute for her gentle soul to handle) it doesn’t mean it’s not a family movie. I would argue it’s one of the best animated family movies in years!

That’s the other point with your story having some slightly darker or more adult themes – it juxtaposes with the light themes/jokes much better, which only makes sense, if you think about it. That is why I believe it’s a mistake for (mostly) American animated movies to be all jokes, no even remotely adult themes anywhere, as when you have a film, that’s one joke after another, eventually you will feel dull. Whereas with Klaus, one scene might make you a bit more emotional, just so in a couple of minutes, you will genuinely laugh. This movie mixes it perfectly, so it never goes overboard with being either too dark/adult or too silly/cartoonish.

Plus, the voice casting! The main trio is just excellent, Jason Schwartzman as our protagonist was great, Rashida Jones, who must really love voicing Christmas characters, as she’s in the latest “remake” of  The Grinch (2018, my review here) too, is always pleasant to listen, but the main star is J.K. Simmons as Klaus, because he fits this role just perfectly. I love the fact J.K. Simmons is having this late career push, where he is in everything and he’s great, because he deserves it. And his voice, his slightly darker/threating voice, was oddly enough, perfect for this figure.

Overall, I loved this movie. I am always trying to be careful with what I say, as you never know what will happen in the future (remember how we believed 2020 will be great year…? Yeah…) but I am convinced, that Klaus will become a holiday classic, and not only for this generation. The same way we have holiday classics from different eras (the oldest is probably It’s a Wonderful Life (1946) with the latest probably being Elf (2003) as I can’t remember any other mainstream movie that would be considered holiday classic after Elf) this movie has already in my mind joined those movies, where it will be re-watched every holiday season, because it is that great. At least in our household, I will be more than happy to call this movie the new Christmas classic.

Until next time & have happy holidays,