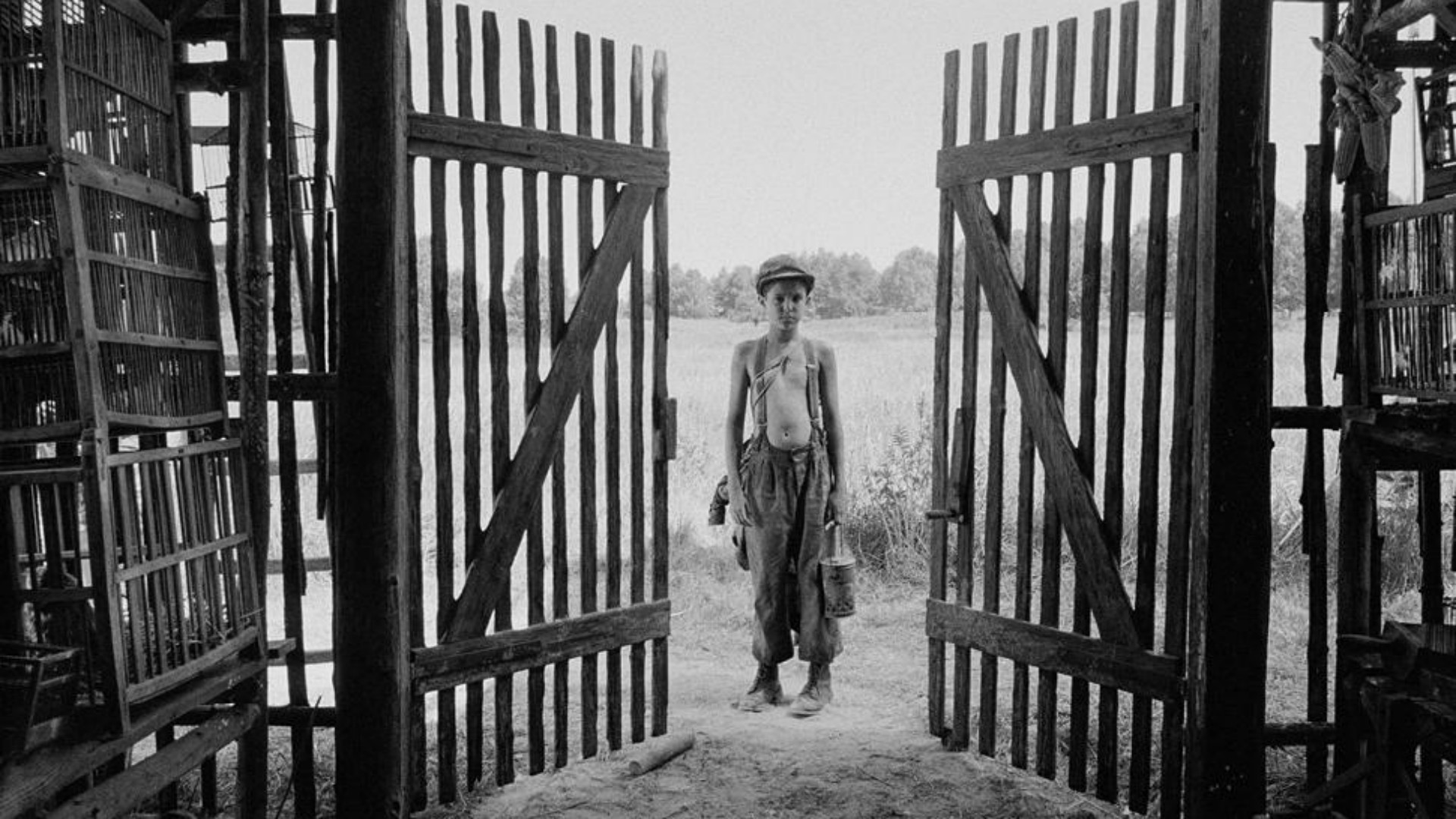 Do you (somehow, in this day and time) feel happy, joyful and just wish to be down? Have you ever wondered how it would feel like to experience the war through child’s eyes, and to see many horrors, some of which, you didn’t want, or didn’t even think of seeing, happening to said child? Well, look no further, because I do have this Czech movie to tell you about, full of… *shuffles card deck* made-up, European language… (elaborate choice of the director, he made up a language as he “did not want to associate the film with a specific country”)?

Yes, The Painted Bird is a Czech movie I have heard a lot about, it made more waves than any other Czech movie in recent memory and… yeah, it’s definitely talked about for a reason. This movie is beautifully shot, it deals with heavy themes and topics, BUT… If you happen to be a sensitive soul or if you (especially now, in early 2021) don’t want to experience plenty of unnecessary depression, you might just want to skip this movie altogether. As it’s definitely one of those “great, but probably once in a lifetime watch” kind of movie.

The main story deals with a boy, who wonders around Europe, as the World War II is happening. And he meets variety (and that’s putting it mildly) of people, most of them really bad. I have already read an opinion, saying the movie is painting the wrong picture of Europeans being savages living in huts, which is true, but at the same time, not the point of this movie…? Plus, during the WW II, there definitely were people living in really poor conditions, and more importantly, I don’t think the movie was saying these people were savages, but we will get to that later.

The Painted Bird is split up into “chapters”, and each chapter is named after a different person, whom our protagonist meets. As I mentioned earlier, most of these people don’t treat the kid nicely. Some even properly abuse him and… well, imagine the worst thing that can happen to a boy who is about 12 years old. Now imagine, what you wish it wouldn’t happen to that boy. That thing you imagined? That probably happens to him in this movie and then some. And I think the movie is exploring two themes here.

The first one is the war – I felt like the movie begs the question “were these people so horrible prior the war, or did the war make them like this?” That is why I believe the point I read someplace about “Europeans being savages” is invalid, as you are not focusing on the cause of why they act like they act. As this movie shows in some of these chapters, desperate people do desperate things, which is true and not just in war times.

The other, and I would argue the main theme of this movie is bit more “poetic”, and it focuses on a soul. Specifically, can you loose your soul? If you go through hell and back, can you ever get back to “normal”? You will probably never be the same person, but can you be a good person? Even in the face of everything that’s been done to you, can you keep a bit of humanity left? Or once it’s gone, is it gone for good? I found the movie’s answer (and I believe the very end does give you an answer to this question) satisfying. Is it satisfying enough to justify the torture the movie puts you through for almost 3 hours…?

I would have to say… kind of…? My biggest problem with this movie is definitely its length. I understand you need the boy to go through a lot, but with certain scenes I had a feeling the director was making “art for the purpose of making art”. In another words, I don’t think the story justified the length. But I also need to say, I don’t think you’d have to cut out a lot. Maybe 10/20 minutes…? Because this film needs to put the kid (and therefore you) through something, you won’t forget, otherwise the ending and what the movie is trying to say, wouldn’t work.

Overall, The Painted Bird is definitely not a movie for your usual moviegoer. It’s more of “brace yourself, because you will see some things you have never even thought of before” kind of movie. And it’s not easy to get through. But the story is interesting (luckily now proven to be mostly fictional), the camera work is stunning (as a Czech, trust me, this is not how 99% of our movies look like, this is some next level camera work) and the black and white only adds the bleakness to the already bleak, sinking feeling you will have once the movie is over. It’s been a while since I have seen a film I would want to recommend to everybody, but at the same time, would not want to recommend to anybody, because yeah… It’s a tough watch, but (for me) it was worth it. Absolutely one of those “glad to have seen it, but (probably?) never again” movies.