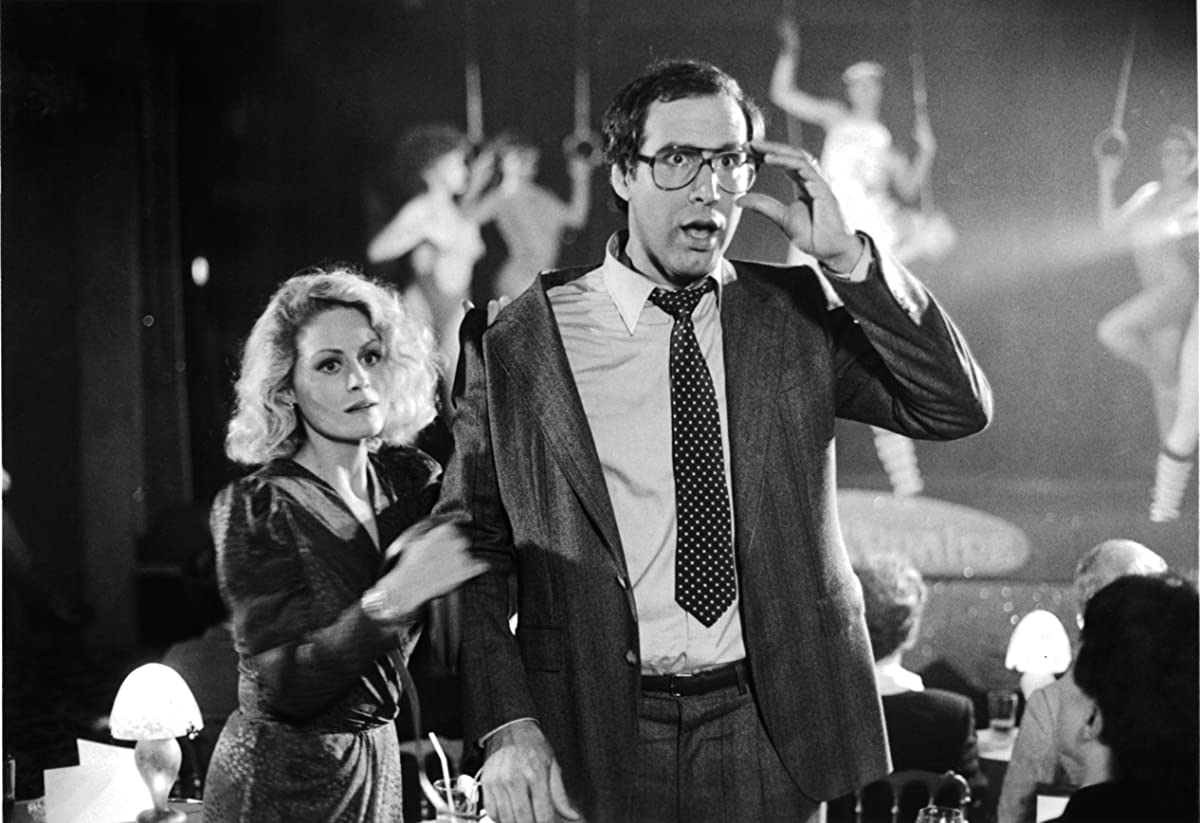 I could easily copy and paste most of my review for the original National Lampoon’s Vacation (1983, review here) as that would apply to most of this sequel too. And yet, there are some differences that make National Lampoon’s European Vacation slightly better movie, in my opinion. Because for me, the comedy worked slightly better, there were no relatives and kind of liked the repeating bit about Audrey missing her boyfriend.

Why I think this movie clicked for me slightly better was the change of direction. It’s almost as Amy Heckerling realised that “the Griswolds” are not that good of a family unit (how I was talking about the lack of heart the first movie was trying to have) so she leaned more into them being weird and awkward, but without judging them! I have never felt like she would put them under a microscope and said “Look at those losers”, because they seemed not only more self aware of that fact, but proud of it! They embraced it (hence the beginning of the movie and them “being pigs”) and that was definitely a good decision. I also might the only person, who isn’t a big fan of Randy Quaid and everything regarding “that side” of the family, so I appreciated them not being part of this movie.

What I thought was weird, was the recasting of both kid actors. I get the reason for Anthony Michael Hall not being there anymore, (he decided to make Weird Science (1985) instead), but to drop Dana Barron because you didn’t get Anthony, doesn’t really makes sense to me…? But this franchise managed to turn this into almost a staple, as in next two movies, the kids are always played by somebody else, so you could almost say they created this almost a running joke out of necessity. It’s just slightly confusing the first time around as you get used to the fact the kids look a bit differently then the last time we’ve seen them.

I think the change of scenery, going from USA to Europe definitely helped this movie, as it made the movie feel more alive. Especially putting a clueless family such as Griswolds into more and more ridiculous situations (the roundabout scene was my favourite) and I have appreciated cameos of Robbie Coltrane, who most of us know as Hagrid from Harry Potter movies and Eric Idle as the English guy, who constantly gets injured by Clark, but he doesn’t want to make a fuss about it, you know, because he’s so English. I thought especially his cameo worked nicely. I also (maybe surprisingly) liked all the jokes/innuendos about Audrey missing her boyfriend (for example when the bratwurst was served, she looks at passionately and just says “God, I miss Jack.” in really dry way, that just catches you off guard).

But even this movie suffers from what I wrote about the first one – I laughed a bit more than the first time around, but it was just a bit more. This comedy wouldn’t be on my “to re-watch” list, as I don’t think it is a good comedy. It’s more than decent movie and for me, it’s slightly better than the previous movie, because of those cameos and couple of decent scenes where you will laugh a bit. But exactly as I said with the first movie, if something is presented as a comedy, and for a good chunk of it, it doesn’t make you laugh, you do feel a bit disappointed.

Overall, National Lampoon’s European Vacation is a step-up from the first movie, but that is like saying “Yes, it is raining, so instead of standing in the rain, we put this fishing net above us, that will protect us!” Baby steps is what we are dealing with here, but as every parent tells you, those are important and sometimes, can be a pleasure to watch. If the baby isn’t yours though, not as much.