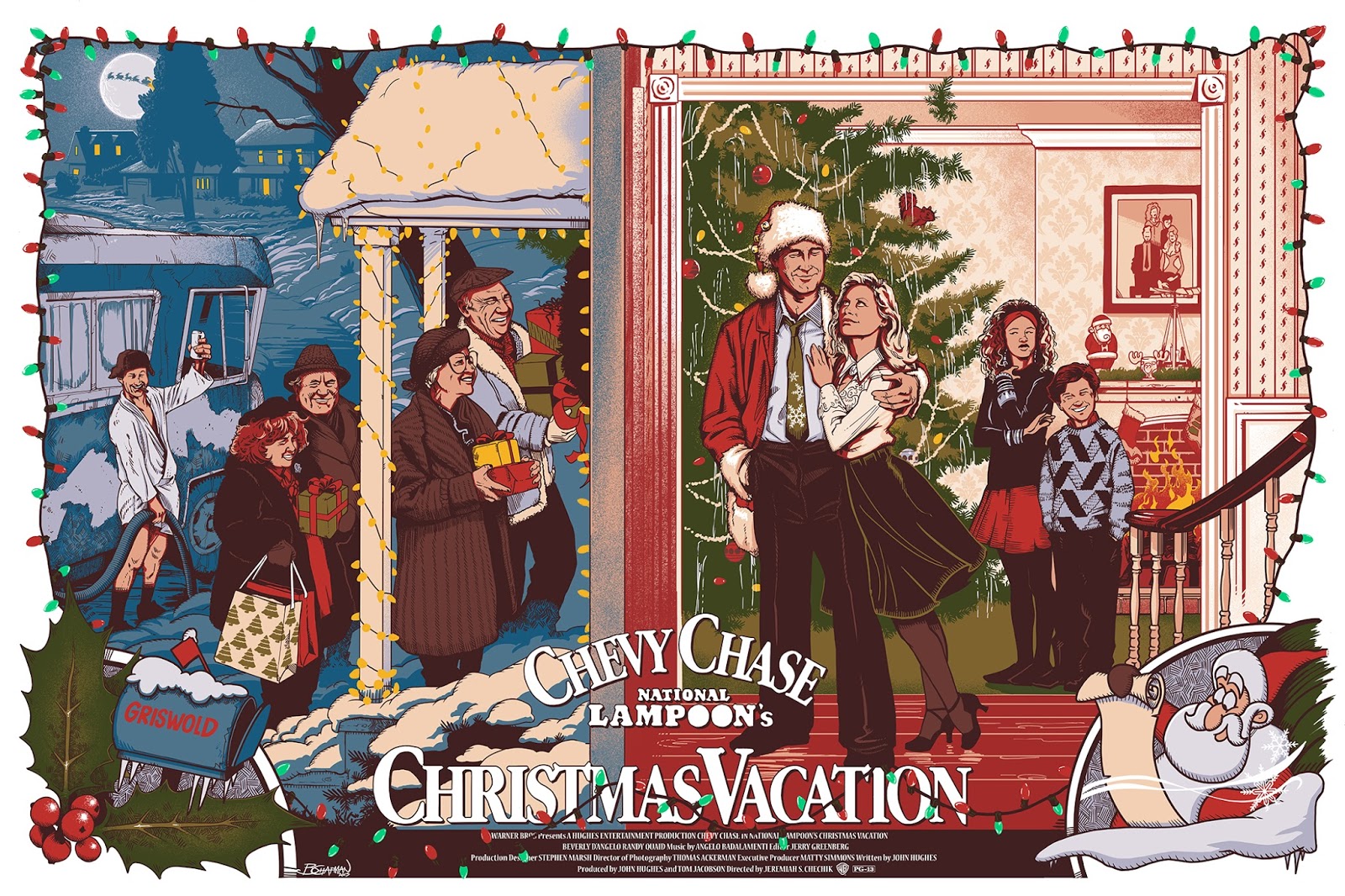 After The Griswolds went on a round trip around USA (National Lampoon’s Vacation (1983), my review here) and went to Europe a couple of years later (National Lampoon’s European Vacation (1985), my review here) it seems like the people behind these movies have asked themselves “Well, what else can they ruin?” and somebody said “I know! What about Christmas! People love Christmas movies, and we only have sappy ones, let’s give them a crazy one!” And that is what they have done. And to be honest, it’s definitely the best out of the National Lampoon’s films I have seen (I might come around to watching the Vegas Vacation (1997) eventually, it’s just not on my immediate list of things to watch) even though it’s still not as funny as comedy should be. But, it’s got a few other things going for it.

First of all, out of all of the previous ones, this film does have the best casting – as a trademark, the kids have been re-casted again, so this time, brace yourselves for Juliette Lewis as Audrey and Johnny Galecki as Rusty. And, just alongside for the ride, as a neighbour’s wife/girlfriend (?) Julia Louis-Dreyfus, who’s done probably the best she could with such a limited time (but then, it was just before Seinfeld (1989 – 1998), the TV show that made her the star we all know and love today). And if those three actors are not enough for you, may I interest you in another TV legends, Doris Roberts or Mae Questel, the original voice of Betty Boop AND Olive Oyl! All I am saying is with such a strong casting, they had much easier job to sell me on the actual movie, which had another thing going for it.

I actually “felt” the heart I was missing so desperately, especially in the first movie. Maybe it’s easier to “sell it” with Christmas movies, maybe it’s something to do with all the talented people involved, but somehow, towards the end, I actually felt sorry for Clark, for probably the first time. And I have also felt that all the people involved in this movie could actually be family. I know! All it took was 3 movies and third set of kids for me to appreciate it, to some level 🙂 I am still not on board with Randy Quaid‘s character and that particular side of his family “unit” and I will tell you why. They always (and by that I mean the first movie and this one) felt like the “low hanging fruit” that’s not so hard to reach for and make a joke out of. Which I found lazy in both movies. I know, he’s supposed to be the “idiot character with a golden heart”, I get it. But he’s too dumb and plenty of times too gross to sell it for me. I don’t think he’s ever in any of these movies had any “breakthrough” moment, where they would actually show him as human being, rather than the idiot.

I know that especially in USA, this movie is one those Christmas classics, that some families play every year and I get it, but I won’t be joining them. Yes, it might (finally!) have a heart and it does make you feel a bit fuzzy towards the end (when the big bad boss realises how big and bad he is being towards his employees, like that would ever happen) but I come to the same issue as with the other two previous movies – I didn’t really laugh all that much. So, it doesn’t work for me on the comedic level and when comes to the “Christmas movie” level, I have different favourites (Home Alone (1990), Home Alone 2: Lost in New York (1992) or new and recently seen animated movie, Klaus (2019, my review here, just to name a few of the more famous ones) and I will not be adding National Lampoon’s Christmas Vacation anytime soon. But who knows? Maybe, in couple of years time, I might re-visit these movies and find something there…? Never say never.

Overall, I do recognize the importance of all National Lampoon’s movies to the American cinematography, I mean after all, entire generation grew up watching this family and their adventures and I get it. I just feel like these movies don’t stand the test of time on their own merits. Which is fine, it’s perfectly fine if a piece of art no longer works, because not everything is immortal. On the flip side of the coin, not everything works for everyone and I might just be the exception that confirms the rule, by not understanding why are these movies so beloved. Would I recommend for you to watch them, if you haven’t? I would, because I can see how somebody might enjoy them, I wish I had, trust me. Go give these movies a shot, they might be your cup of coffee! And if not, welcome stranger, we already have one thing in common, care to grab a drink? 😉