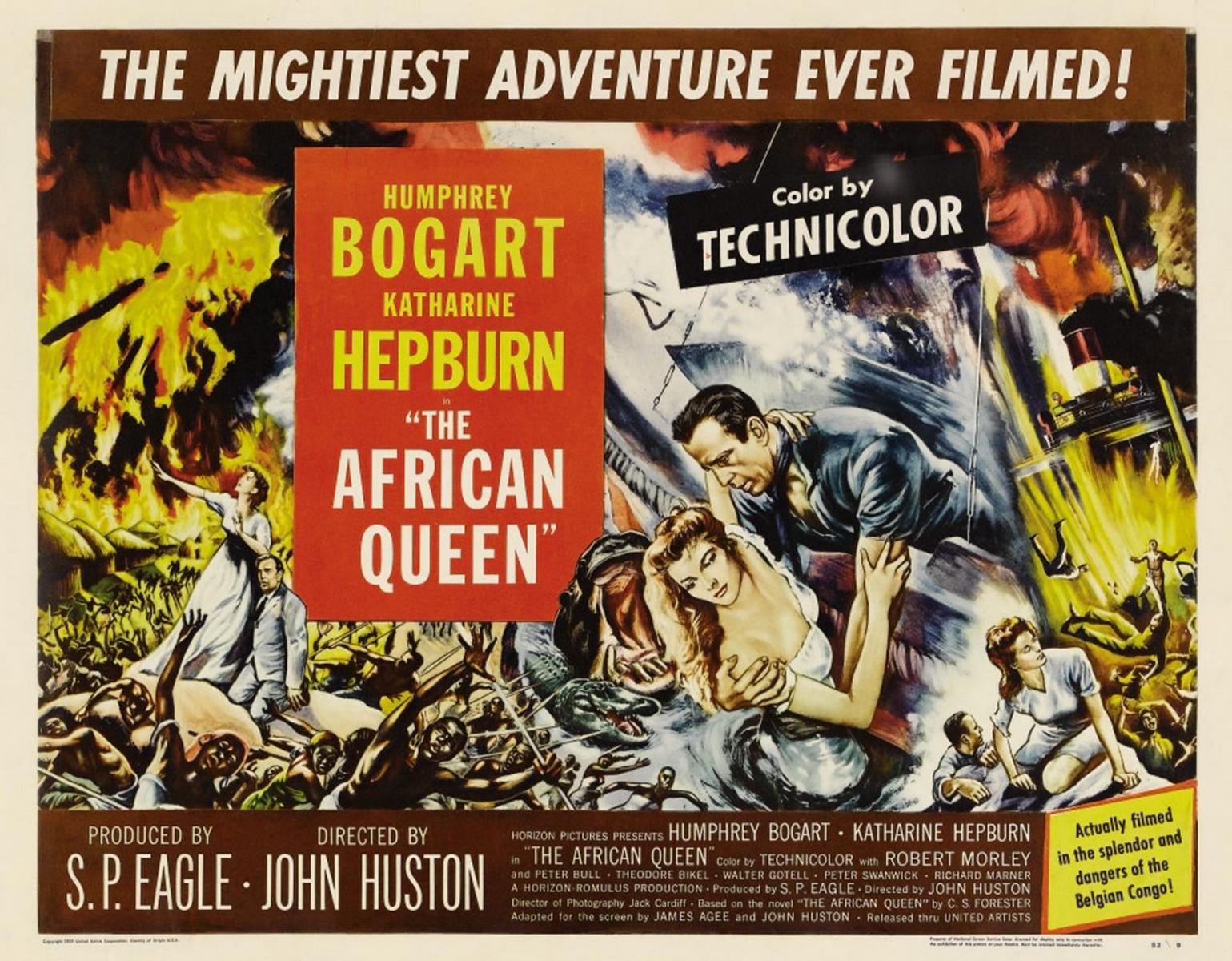 The African Queen is the perfect example of a movie, that simply can’t be judged based on today’s standards. Not because something highly not politically correct is taking place, no. I was actually quite surprised, that the movie aged pretty well and there were almost no scenes/dialogues of that nature (but then again, I might have missed something, I am sometimes not woke enough). No, the reason for this film being judged by the standards of 1951, is the adventure seems almost laughably not adventurous. Most of this movie is taking its sweet time, and even where there is some action, it’s nothing too exciting. And the ending!

Which again, I can only say this, because I’ve been raised on movies, that might be average, but they are way more exciting than this. But again, that’s only because people behind those movies grew up on films like The African Queen and were inspired. And of course, the technology has evolved significantly, the stunt work became it’s own industry almost… there are bunch of reasons newer movies will be more entertaining than this one. But most of them won’t be as “movie like” as The African Queen and that is this movie’s biggest weapon. It actually behaves like a movie, it has a good and entertaining story and two of the biggest names from the “old Hollywood” era.

Both Humphrey Bogart and Katharine Hepburn are great in this movie (again, by 1951’s standards!) and they actually make a good couple, where you don’t struggle to believe those two could form a couple (and the age difference between them is “only” 7 years, which for a film from 1950’s is almost progressive, given how young the leading ladies usually were, no matter who the male lead was) and dare I say there was some chemistry there? What surprised me was the fact that Humphrey won his only Oscar for this role, and not only that, he was “the last man born in the 19th century to ever win a leading role Oscar.” (source IMDb.com) which puts everything into perspective regarding the age of… not only this movie, but everything. I mean, this year (2021) this film will turn 70 years!

What I really liked about this movie might just be the fact it takes its time. With everything, from the action, to building a relationship between our main protagonists, but…! It doesn’t do it in the cliché way of “first, they hated each other, but 30 minutes later, they understood they can’t live without the other person”. No, in here, Katharine’s character is more puzzled, maybe slightly disgusted by Humphrey’s choices, but I never got the feeling that she would be despise him. On the opposite, because he doesn’t behave like anyone she knows, she seems intrigued by him! Which if anything, is still kind of revolutionary and not done often enough in today’s movies. Notice how if our main protagonists are a man and a woman, they NEED to hate each other, despise each other first, before (eventually) falling for each other. I always found that false, as plenty of time, you don’t despise people straight away, do you? You behave more like Katharine’s character, where you might look at the other person with some fascination, and try to get to know them.

The other interesting this is how towards the end, this movie skews slightly more towards a comedy, albeit unintentionally. I think I can at least hint at some spoilers for a movie that’s been out (checks my watches for some reason) for almost 70 years now, but the scene with the torpedo and how not only Humphry knows how to home build one (or two!) but even when their boat sinks, by sheer luck, it still fulfils its destiny. Or the fact the captain of the ship that takes them hostage and wants to hang them, would be kind enough to marry them just before… but that’s (old) Hollywood for you. Anything goes, as long as our protagonists end up happy, with each other in their arms.

Overall, I understand why The African Queen can be found on various different “best of” lists, whether it’s best movie, adventure, romance etc. It’s still an enjoyable, entertaining movie, that knows when to end and how to occupy your time for almost 2 hours, where you don’t feel the time, which is definitely a good sign. Would definitely watch it again, at some point in the future.