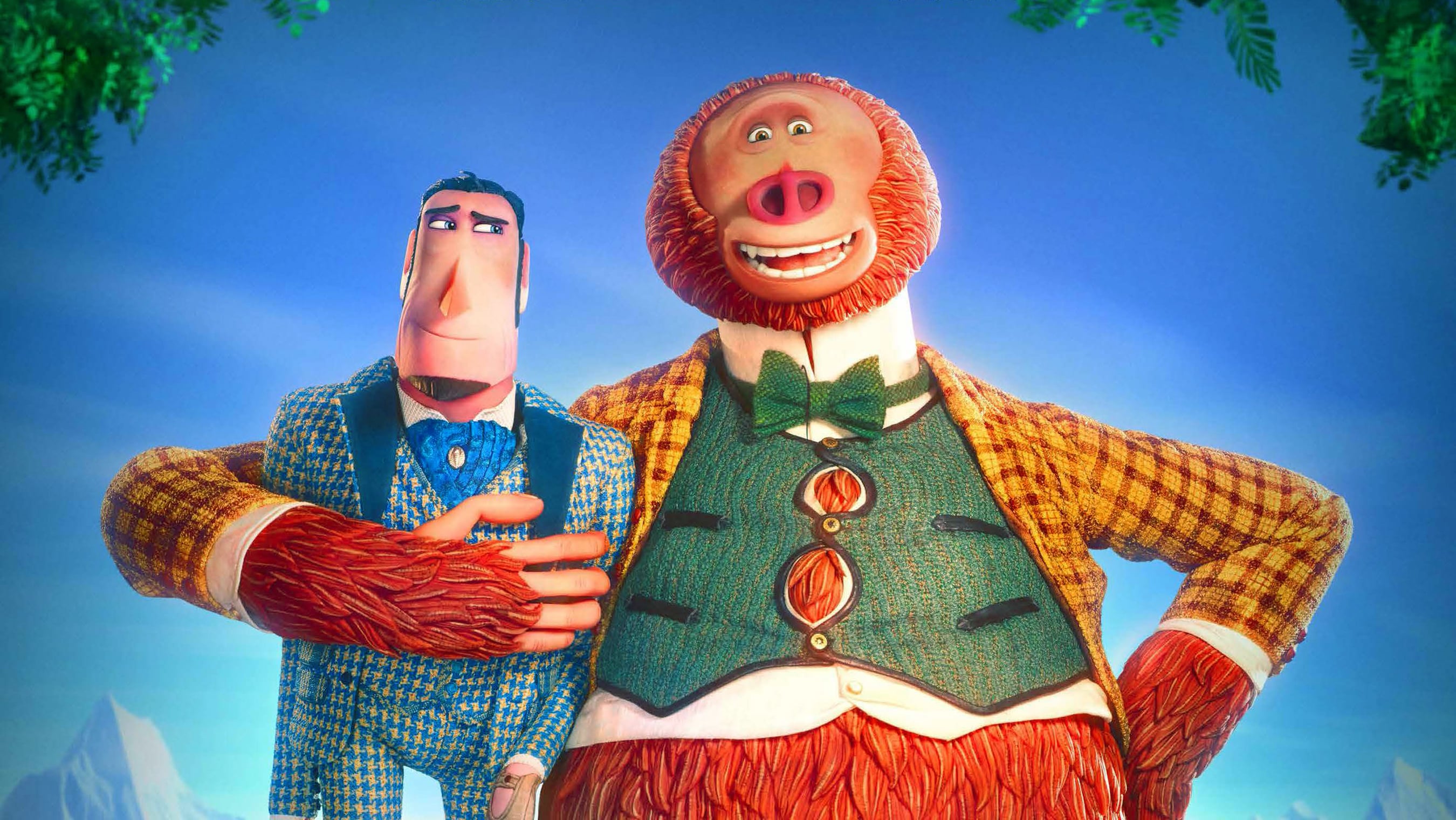 Let’s get one thing straight – Missing Link is definitely one of the “lesser” Laika movies (the studio behind such gems like Corpse Bride (2005), or my personal favourite Kubo and the Two Strings (2016)) but it’s almost like saying “Pixar’s lesser movie”. Because as with them, even their “lesser” movie is still really, really well made, told and executed. And Missing Link has a few things going for it, that worked for me.

The first one is the voice casting – Hugh Jackman, Stephen Fry, Zach Galifianakis, Zoe Saldana or Timothy Olyphant are great and pleasant to listen to. They also give this stop-motion animation that extra level of charm, personality and that is definitely THE main thing this film has going for it, big time. It’s really charming. I can’t really explain it, because overall, the story isn’t anything new we wouldn’t seen before, it’s your typical “explorer finds a new species, but he’s trying to get him to his own people, rather than profit from it”, but there are evil people after them. So they go from one location to another, escaping one escapade after another.

But there is something about the stop-motion of this movie and that voice cast, full of really talented people, that even though you know exactly where the story is going (Missing Link is definitely more of kids movie, rather than “adults can get something out of this too”) you will still be glued to the TV screen. It’s funny at the times, cute most of the time and most importantly, the moment the movie starts to drag on a bit, it’s only about 10 minutes from being finished.

I know this might sound weird, complimenting the fact this movie is short (the runtime is 93 minutes) or making it sound like it’s a benefit, but it really is, as to me that is an underrated art, knowing when your movie should end. There are movies that definitely overstay their welcome, so for this film to be fully aware of what it is and knowing when to end, it’s definitely a benefit.

Also, I need to talk about the end credits, where you can see how painstakingly slow the process of stop-motion animation actually is and how much work goes into every shot. Those have always fascinated me, and I know it’s almost “standard” at this point for stop-motion animated movies to have a scene or two during the credits to show the fans how the movie gets made, and I will always respect people behind these movies, because you can tell they really care and it shows, as this movie is stunning to look at.

Who I really want to talk about in this movie, is Zach’s voice performance as Mr. Link/Susan. I used to think he’s not a great comedian, but the older I get, the more I appreciate his comedy chops. And in this movie, his performance was perfect. What pleasantly surprised me was that plenty of A list celebrities, who would do voices for animated movies, especially in some sort of creature/animal role, they would usually do a “shouty” performance, slightly over the top. Zach took it in totally different way, making his character really sweet, tender and quiet. Only thing that did get old, especially towards the end, was his character taking everything so literally. It was funny the first couple of instances, but repetition only works so many times before it doesn’t.

Overall, even though Missing Link won’t be attacking any TOP rankings/lists when comes to “best animated movie” or even “best stop-motion animated movie”, but it’s still a really good movie, that targets kids exclusively. Parents might have a good time too, but they will have much better time with some other stop-motion movies. For example the prior mentioned Kubo and the Two Strings is to me on the same level as the best Pixar movies, because that film is stunning, with great performances, brilliant story and really big chunk of heart in it. I am not going to say you will get the same experience with Missing Link, probably not. But it still has its charm and I don’t think there is any danger of you dying from boredom.