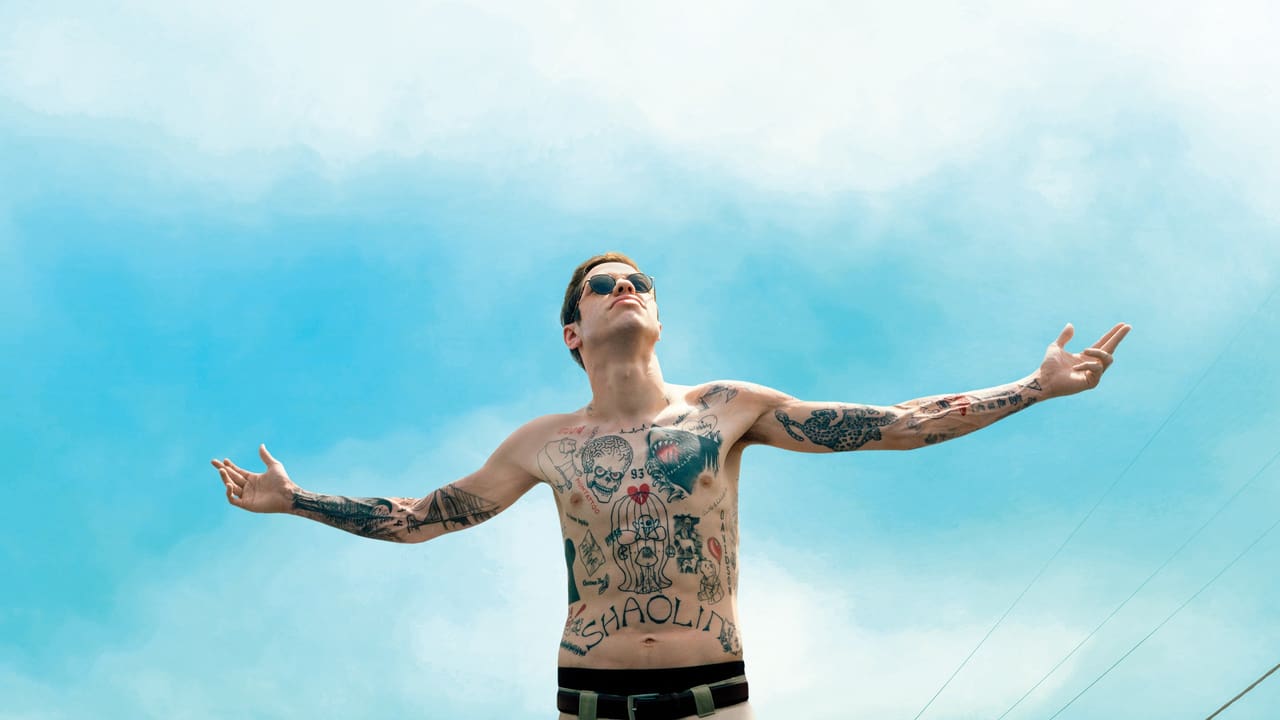 It seems like I have a weird relationship Judd Apatow, as I usually like his movies, but I don’t love them as many people do. Except for maybe The 40 Year-Old Virgin (2005) which I need to re-watch, as I’ve only seen it once some time ago, I also have another problem with his movies – they are usually too long. Which is something he openly talks about in interviews, how he just can’t make himself edit more, as he just believes so much in those jokes and people etc. The King of Staten Island is yet again another of his movies, that could have used a trim, and I mean solid 30 minute trim at least. And then it might have been a really great comedy.

But let’s start from the beginning – the overall story is intriguing, especially as it’s loosely based on Pete Davidson‘s real life experience (his dad was a firefighter, who died during 9/11 attacks) so that part was really interesting, seeing it from his perspective and realizing how that could seriously mess up a child, losing their one of their parents in such an early age. But no matter what, I couldn’t force myself sympathize with his character. I think Pete was actually playing him well, but for me, that character was too obnoxious about everything, too immature, which I understand, it’s the point of the movie, to see his character grow, but here I need to ask the most important question – did he mature enough? Did he truly “change” so much by the end of the movie…? I mean, sure, there is some growth, but I don’t think there is nearly enough as the film thinks there is, if that makes sense…?

Speaking of casting, there are plenty of great people here, but the true highlights were Bill Burr, whose character I really loved and Bel Powley. Let’s start with Bill. The reason I really enjoyed him in this movie, is because when he shows up, you think you know where his character is going, how he’s going to be. And the movie let’s you be wrong for a bit until you learn, not everything is black and white and yes, he might have his flows, but overall he’s a decent man. Plus, he’s always funny and that is a good quality to have, especially in a comedy. I’ve never heard of Bel Powley before, but from now on, I will definitely be paying more attention to her, as there was something about her, that attracted me to her. And not just in physical sense, every time she was on the screen, it was her I was watching the most, as she was funny, relatable and overall gave a really good performance.

The movie can be split in two halves. The first one really bored me, where we are supposed to get familiar with all the characters, get into the story, it just wasn’t for me. From the moment Bill Burr’s character showed up, the movie became much better, funnier and overall more watchable. But then, it lost steam and the last 20 minutes, the movie limped to the finish line. Which was a shame, as there some really memorable scenes (Pete having a talk about his dad with firefighters, or when Marisa Tomei, whose also great in this, sees what is the “big tattoo” Pete’s been working on for a while) but then those get lost by the unnecessary “noise” around.

Obviously I am in minority here, as people seem to adore Judd’s movies, but for me, he should really hire an editor, who could stand up to him and tell him that comedies don’t need to be over 2 hours long, especially if they have said everything they meant to say within their first 80 minutes! Because there comes a point where Pete’s “I lost my father at a really young age, he was a hero and nobody can replace him” “shtick” goes from being heart-breaking to, frankly, annoying. And I feel pretty bad for saying this, especially knowing he was affected by it in a real life and is still struggling with it, but I am not judging Pete’s life here. I am reviewing a movie, that’s somehow based on him. And that movie simply doesn’t work as well as it should, especially with this topic.

Overall, The King of Staten Island is slightly above the average movie, that really gets saved by the amazing performers in it. It’s too bloated (136 minutes!) and I honestly believe, if there was some other editor, who could stand up to Judd and fight tooth and nail with him, they might cut out good 30/40 minutes, improve movie’s pace and it could have been a great one. I can see this being a funny, touching movie, that could have been. Instead of it, we get a film with great scene here and there, that’s surrounded with plenty of almost filler, that’s sometimes funny, and sometimes just misses the mark completely. But if you are a big Judd Apatow fan, and you liked all his previous movies, the chances are you will like this one too.