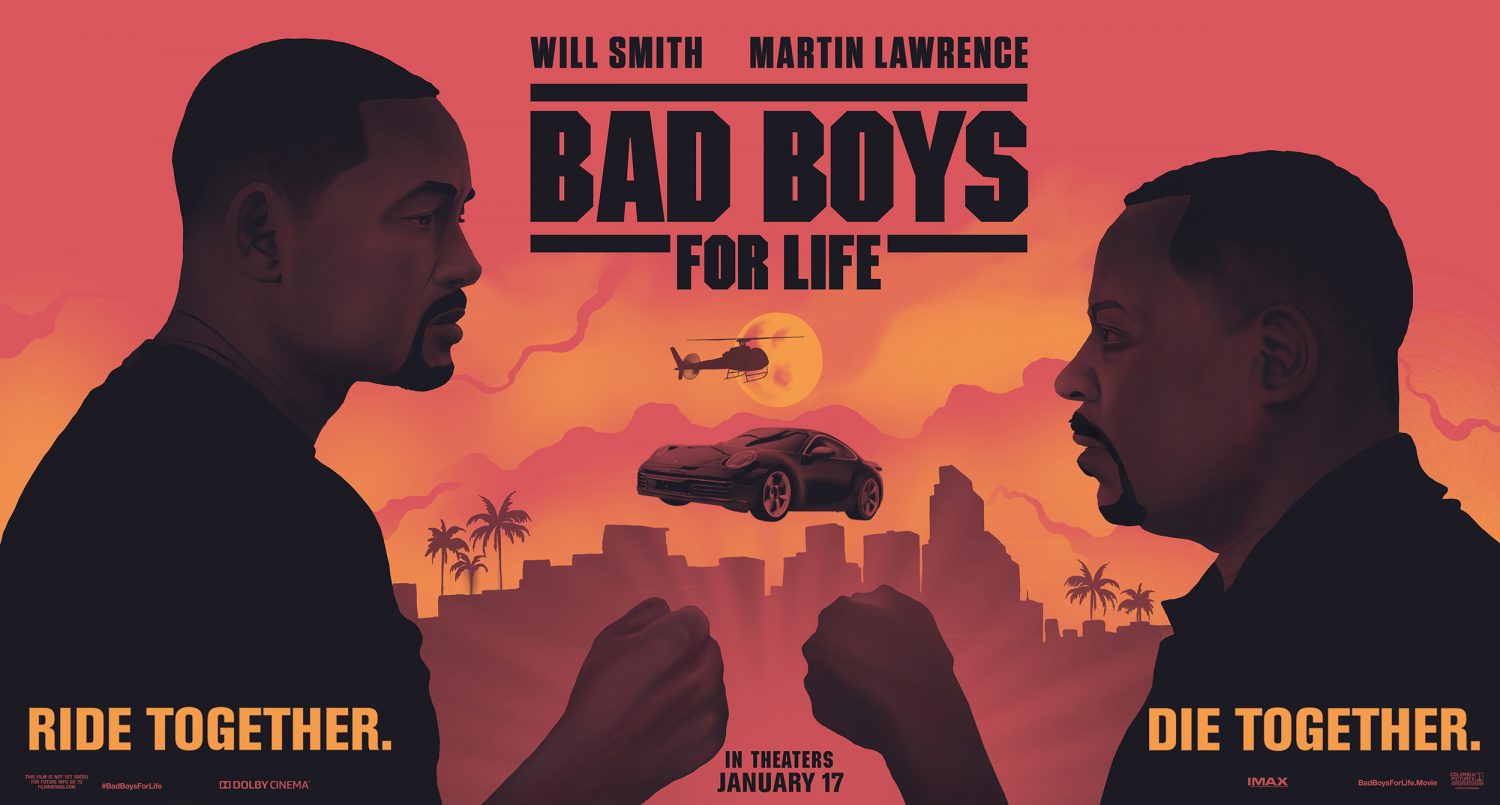 I need to admit something – I’ve only watched the previous Bad Boys movies just once. It’s been a long time ago, so I was really young. And when you are really young, you tend to like most movies you see. So I remember liking both of them, as they were fun action movies. I am sure a re-watch might probably be handy to see, whether I still like them or not. Anyway, the point of that story was that I had no previous attachment to this franchise. To be honest, I was surprised it’s been brought back and what’s more surprising is, how many people went to cinemas to see it (see for yourself) and of course, because of the lovely COVID-19 pandemic, we all have been having lately, this will always be the highest grossing movie of 2020. Yep, check it for yourself.

And let’s be fair, this movie isn’t actually bad. It’s entertaining, the action is mostly done well and not overly edited, the main duo is “a bit” older than we remember, but hey, they still have the chemistry and we get some “new blood” like Vanessa Hudgens, Alexander Ludwig and Charles Melton who are fun and I could imagine their characters having some sort of spin-off, you know, exactly according to what’s in fashion these days. The main thing about Bad Boys for Life is that even though there is one or two twists you might (not) see coming, the rest is your “same old” story, you come to expect from this franchise. Which is not bad, but the movie is just slightly over 2 hours long and towards the end, even though the action is still going on, you are so numb to it, you don’t really care that much, almost like there is too much action…? It’s like you watch some many music videos, you are numb to seeing a great booty (nah, that would never happen :-)).

As mentioned before, the movie is entertaining enough, but I couldn’t help but to be bored after a while, knowing what will happen next. Only two things genuinely surprised me, but I won’t spoil them, let’s just say one was about somebody dying or not, and the other was, as Vin Diesel‘s character would say in the Fast & Furious franchise, about family. But here’s the thing, even though those are there, the movie barely stops. The movie wants to have its emotional moment(s), while in the next 5 minutes, we go back to action and bullets flying everywhere. And you can’t have it all, movie, pick a lane!

Also, let’s mention the finale – and don’t worry, I don’t think this will count as a spoiler, as I need to address CGI. There is this big set piece involving fire and I understand they can’t actually set a fire to a building, but Jesus-tap-dancing-Christ, have they run out of time, money, or both when they were making that? I swear this was the only thing that kind of woke me up, as it’s been a while since one piece of bad CGI stood out so much to me (funnily enough, the only other example I can think off right now is another Will Smith movie, Gemini Man (2019), my review here, where the end involves one CGI character that looked straight up wrong) and took me out of the movie for a good minute.

Anyway, Bad Boys for Life was a mixed bag. On one hand, you have fun for most of the movie, the characters are likeable, the action is decent and you are mostly having fun. Unfortunately, the movie overstays its welcome, and other than two surprises, you will know where the movie is going. And there is one bad CGI fire at the end of it. Of course there are already plans for Bad Boys 4 (no date yet) because of course there is, if your movie makes some extra money, we need to milk it. I honestly hope, as much as I like Will and Martin Lawrence, they will have the “young guns” take over in this one. You only get to make one “one last time” movie, you had something decent, let’s not spoil, shall we? And also, it wouldn’t be as fun to see those two “old guys” going at it again, let them retire respectfully.