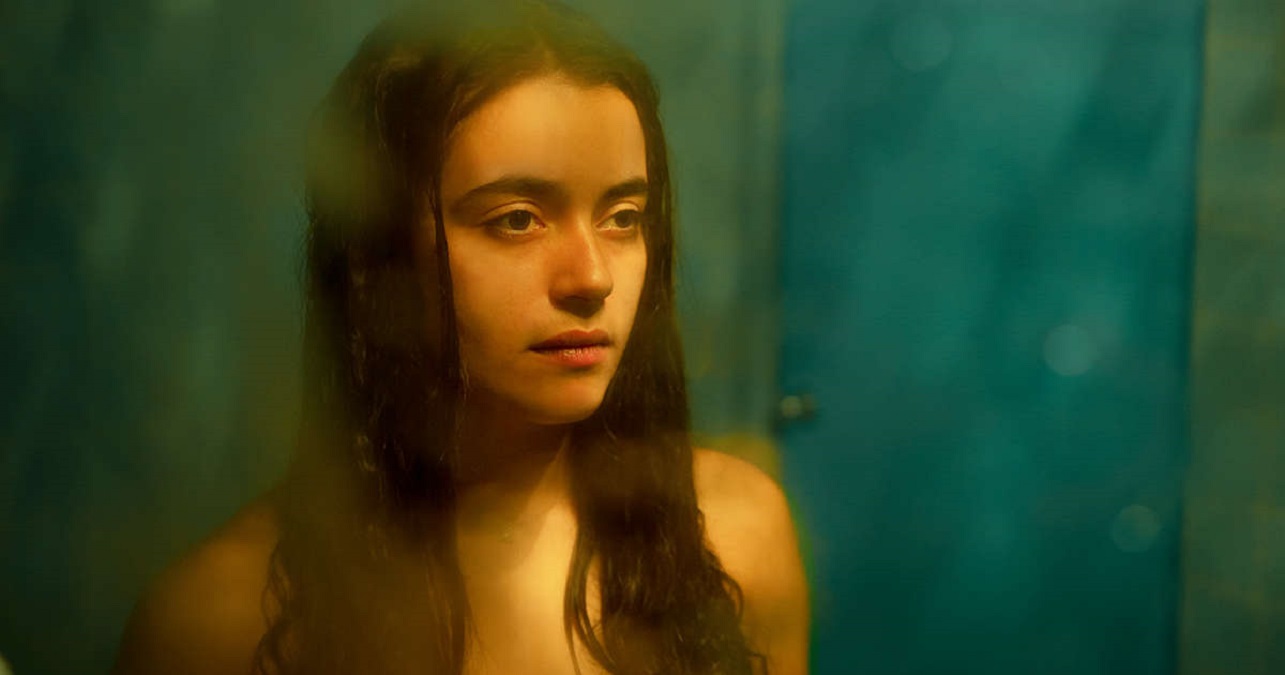 I really like movies like Souvenir, where you have never heard of the movie, you don’t know any of the actors in it, you just stumble upon it and the description looks intriguing enough that you watch it. And to yours (well, mine) surprise, it’s a pretty decent film!

The first things first – the movie is one woman show of Paulina Gaitan. Not only she’s incredibly attractive woman, but she’s a great actress and undoubtedly the main reason to watch this film. Isabel is one of those characters, that I am grateful we still get to see in films – somebody, who feels real. By that I mean, even though she’s the main protagonist and I think portrayed as overall good person in the movie, the character has flaws, makes self-sabotaging/self-destructive choices throughout, that make her feel real. There is nothing worse than having “black or white” characters in your stories, where they are either all good, or all bad. That is why I love these tinier, indie movies, as they often deal with more real-life stories portrayed in a real-life way, as we all have our good and bad sides. Paulina Gaitan really nailed it here, she’s portrayed her character in really convincing way, where you are routing for her, even though there are times she’s making it more difficult to do so.

The movie deals with couple of topics, but there is one that underlines and connects them all – family and everything around it. From the surrogate pregnancy, to what would you sacrifice to see your child again, or on the opposite side of that spectrum, what happens if you decide not to have any children? How does that choice impact your relationship(s)? The movie is definitely more about exploring different sides of having or not having a family, then “just” the surrogate mother angle of this story.

Souvenir also makes some bold choices and it caught me off guard once or twice, where I was surprised the story went that way. I really want to avoid spoilers, so let me just say that I am not talking about the ending per say, as that didn’t surprise me that much, but what happens prior to the ending. Not every movie would have done it and I applaud it.

Unfortunately, the movie sometimes feels uneven in its pacing and one thing that did bother me was the whole Isabel’s relationship with her teacher Bruno. And not because it would be inappropriate, as she’s been out of school for a good while and she’s pursuing him, so we avoid that “teacher falls for his former student” cliché, but we never get WHY Isabel, this stunning young woman, is so desperately after him, ageing man, who doesn’t want family. Yeah, I know there is the line about “I was always one of your biggest fans.” when they bump into each other at the beginning, but that’s as much as we get. I know this might seem strange, but for some reason I’ve never understood why she was so obsessed with him in the first place and in the movie, that managed to portray her in such a realistic way, that was the one question I wished they’d answer about her character.

The ending, that I guess was supposed to be a surprise, wasn’t really surprise to me, as it felt a bit more telegraphed than it needed to be…? Maybe it was just me (and this will be a struggle to describe without going into spoilers, so bear with me) but I knew once you have your character with two quite unique traits, there is no way that’s not blowing up in their face and making them re-consider everything. Come to think of it, it’d be interesting to see how that character’s world get shaken up a bit…? I know, I am being vague and for anyone, who hasn’t seen this film, this is not helpful at all, but once/if you see the movie, I think you will get what I mean.

Overall, Souvenir surprised me with how good it was. It has a pretty intriguing story, great main actress (I really need to check out Narcos (2015 – 2016) where most people know Paulina Gaitan from) and depending on how many movies like this you have seen, it might surprise you once or twice. There are couple of stretches, where the movie doesn’t “flow” as well, but I would say if you have a chance, give it a shot, as it’s really decent drama.

That’s it for today! Did you see it? What did you think about it? Let me know!