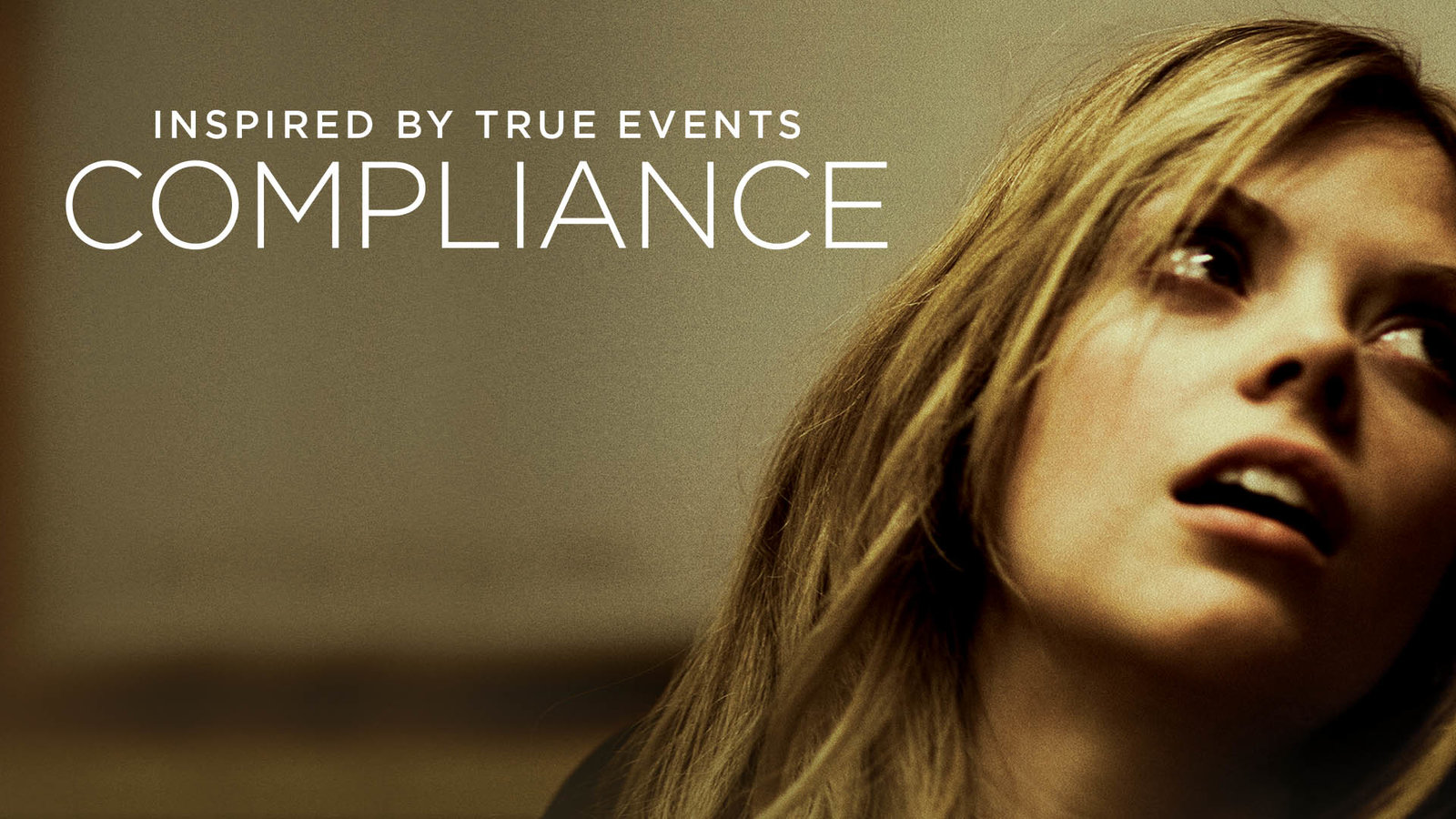 I don’t know what was more disturbing – watching this movie, or knowing that it’s is based on reality. Compliance is one of those movies, that you watch and it stays with you for a while. It’s a brilliant example of how simple movie can be. You don’t need CGI, multiple locations, extra big budget, you just need a few decent enough actors and story, that grips you and won’t let go until the very end.

The idea behind this movie has been around for a few decades. If you give (extend) power to someone, where they believe they are not “responsible” for their actions, as they are just following orders by authority figure, are they still responsible for the final outcome? Even though they are the ones executing everything, they are just following orders. Because that is what you should do, right? And what happens when the authority figure starts asking you to take it one step further, when is it enough? When will you say “I am not doing that”? That’s the million dollar question, isn’t it? We are all heroes in our own stories/lives, we all would like to think “I wouldn’t do that”, but how can we know for sure, unless we are put into that position, where this supposed authority figure is telling us we need to do it, or else…? Would we truly do what we believe is right, or just blindly follow the orders, hoping we are somehow absolved of all responsibility?

Compliance is definitely a movie that will make you feel a lot of ways. It will also make you think about how would you deal with this situation and but most importantly, it makes you doubt everything and yourself and I think that’s a good thing. It’s important to have movies, that can challenge our views, that can make us think about uncomfortable topics. Craig Zobel, director of this movie and the other controversial movie, The Hunt (2020, my review here) definitely seems to be one of those, who isn’t afraid to ask uncomfortable questions. And even though his movies always seem tough to watch and there is always something, that’s (for me) missing or would “blow me away”, his movies are definitely worth it. If you can stomach watching films, that can make you uncomfortable.

There are two main stars of this film – Ann Dowd and Dreama Walker. And I honestly can’t say who’s the star, or who “stole” the movie for herself, as both are great in their own right. Ann is amazing as the manager, who’s just trying to do what she believes will help everybody and ultimately, what she believes is right. She never meant to harm anyone, she was just following orders. Dreama’s role was (obviously) much different, as she’s the victim, and it was heart-breaking seeing her character get slowly, piece by piece, humiliated. Both of these ladies played their roles so well, you feel sorry for both of them at the end, albeit in different way. You feel sorry for Ann’s character, as you can see why she would do, what she did, but at the same time you feel really sorry for Dreama’s character, as nobody should be treated like that, no matter the charges.

The most uncomfortable thing about Compliance is the “simple” fact that not only the situation depicted in the movie actually happened in real life (according to the movie’s closing credits, across 30 states in USA), but it can very well happen again. You’d think people nowadays would have been smarter then to fall for schemes like that, but think about how often you see/hear about people, who still click on different conspiracy theories online, how fast they are to share something, they never bothered to fact-check. And now imagine something like that happening, except maybe it’s over the Internet, not over the phone…? Where somebody doesn’t bother to check whether they are talking to a police officer, and just go along with it… For me, that’s the chilling part about this – even though I’d hope something like this would never happen again, I am 100% convinced it will, as unfortunately, “pranks” (if you can even call something like that a prank) and edginess can often cloud people’s minds. Everybody wants to have their 15 seconds of fame, but at what cost…?

Overall, Compliance is worth watching, if you are fine with being quite uncomfortable for 90 minutes. If you are looking for a simple, yet effective movie, that knows what it wants to communicate and does it quite well, look no further, but brace yourself for something, that you don’t get to see too often. For better, or worse.