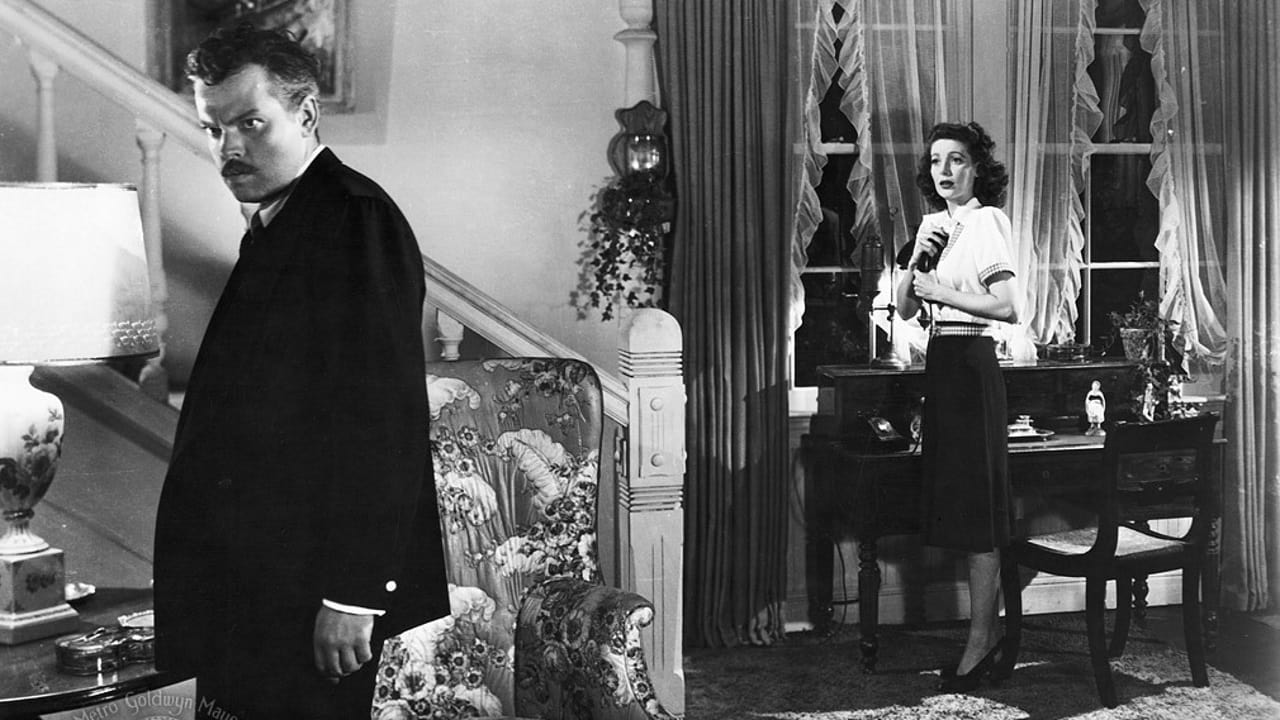 The name Orson Welles definitely stands out even now, almost 40 years after his death. And there is a reason for that, as he made one of the most known, celebrated, influential movies of all time, Citizen Kane (1941). That is the movie he’s known for, even if you are talking to somebody, who isn’t really a movie lover, chances are they have heard of that movie and his name with it. For cinephiles, he’s also known for Touch of Evil (1958, if you haven’t seen it, do yourself a favour and get that watched) or possibly something like The Trial (1962, my review here) which is more experimental kind of a movie. But I don’t think people even the ones who’d consider themselves cinephiles, would have listed The Stranger as one of his movies instantly and it would have been a shame, as it still holds up. At least when comes to building suspense.

This movie is pretty simple cat and mouse game, where you know pretty much from the very start, who’s the bad guy and who is the good guy. The movie is more about the bad guy (played by Orson himself) and his pretty justified paranoia. As even though he tried to erase his past, it caught up with him and this is something this film does really well – you can feel the imaginary noose around his neck getting tighter by a minute.

I also love the way Orson shoots his movies. That is why he is still considered as one of the most influential filmmakers of all time, because his films have always had something extra, something special, you just wouldn’t see in other movies at that time. There is always some either unbroken long take, different angle, or the camera going through a window. Things, we consider normal and not as effective today, as we’ve seen them done so much, we don’t think of those camera tricks as special anymore. But back then, he was really trying to push his craft as much as he could and I always admire people like that.

This might be a bit controversial to say, but I am not sure whether he was such a great actor, especially in this movie. Don’t get me wrong, I think he’s alright, he’s by no means bad, but if there is one thing about The Stranger I didn’t really care for, was him in the title role. I do understand he was “jack of all trades”, but I do think sometimes him being in the centre of the story and his face being so well known… it almost felt distracting in a way. Who I liked was Loretta Young. Not only she was stunning, but she was great in her role and her commitment to performing quite dangerous stunt herself towards the end of a movie, where she’s being lifted up to a tower in about 15 meters from the ground without any safety gear, as the cable they tried to use was visible in every take… that takes some balls. Check out the trivia section on IMDb for yourself, but of course, it contains spoilers, so just a heads up.

Overall, I would recommend The Stranger, as I found it surprisingly gripping, even after all those years passed and we have seen elements of story like this done or copied at least hundred times (spy or ex-spy with terrible past, trying to live/hide someplace quiet, but his past always catches up with him). I don’t even know whether this would be considered original, or whether Orson got inspired from some other movie, but I don’t think it matters as much. If he wasn’t “the first”, he definitely was one of the firsts, and I am convinced now, that I need to fill up my gaps when comes to movies he directed. So far, I’ve only seen 4 movies of his and I liked them all, so he might be my cup of hot cocoa.