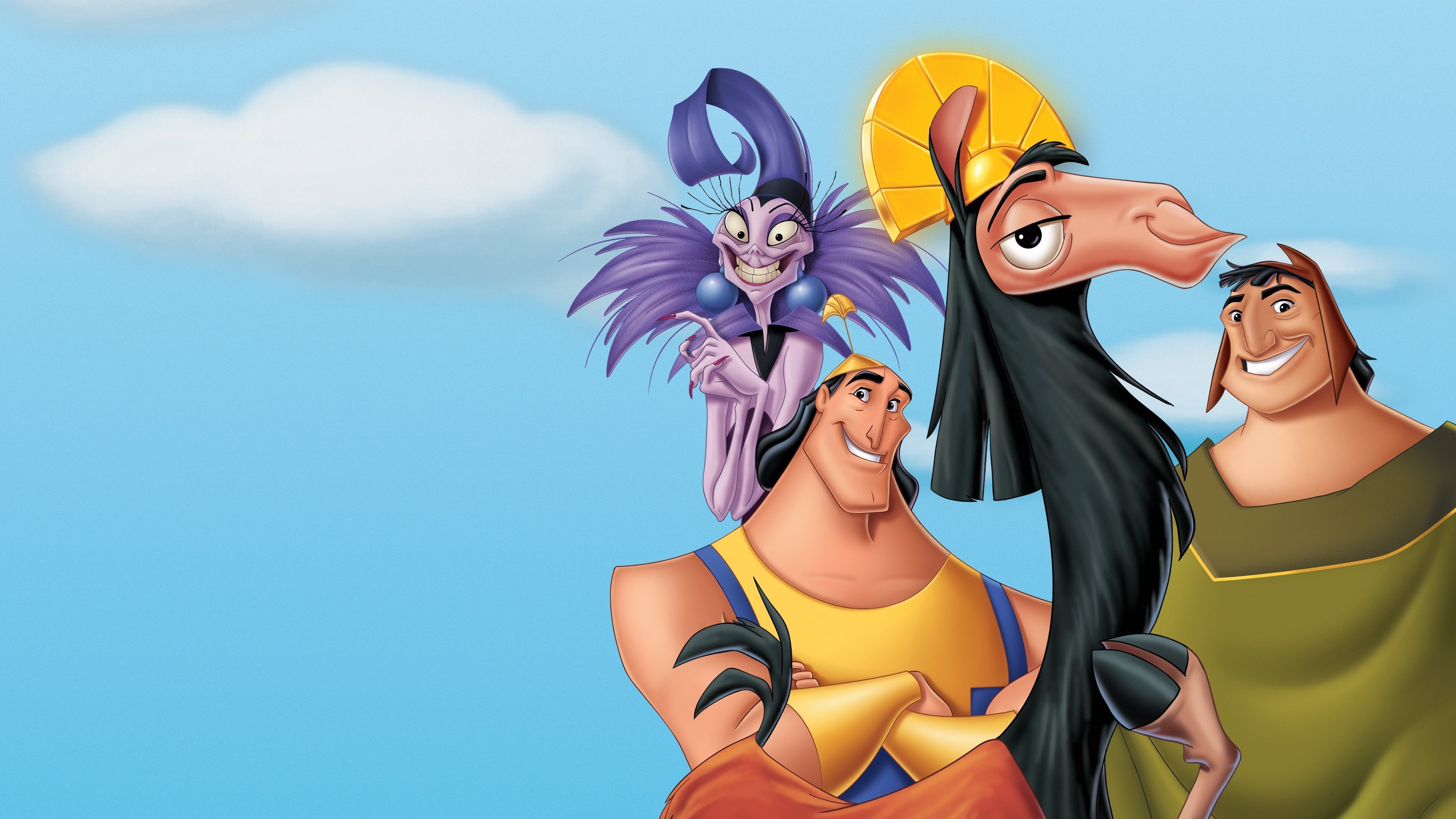 Unlike many others, I didn’t grow up watching plenty of Disney movies. Most of even the “big ones” such as The Lion King (1994) or Beauty and the Beast (1991) I haven’t seen until I was much older than their target demo would be (think late teens, early 20’s). So is there any wonder, I wouldn’t have seen plenty of the other ones, often considered “mediocre” Disney movies, that were released from mid 90’s to early 2000’s, such as The Emperor’s New Groove? No, but now, because of Disney+, I am trying to fill my gaps when comes to “classic” movies and I know even these “mediocre” ones have their audience and now are much more beloved than they were when they came out. And with this film, I can see why, as I expected to have fun with it, but I didn’t expect to love it as much as I did.

The Emperor’s New Groove‘s biggest selling point was it knows exactly what it is. The movie is very much self-aware and knows, that it will be compared against the big boys, purely just by association, so they choose their own path right from the very beginning. The movie announces itself from very early on, so that you know you are in for a fun, short, sweet ride and it’s only up to you if you embrace it. I have and had a marvellous time with it.

The story couldn’t be any simpler, the royalty (or in this case, the emperor) is so out of touch and selfish, he needs to learn his lesson, what actually matters in life. Of course, there are forces of evil scheming against him and he will go through a journey, where at the end, he might learn his lesson. Your typical Disney movie, nothing you wouldn’t have seen done thousands time before. But here’s the difference – the movie knows what it is and has fun with it. I love movies that don’t take themselves too seriously, that can be a bit meta and this one nails it. It’s funny, it’s short and because of its length, it doesn’t even have time to get too boring, repetitive, or preachy to annoy you.

As with most animated movies, the voice casting here is great. I would like to highlight two names – John Goodman and Patrick Warburton. I think they both can be summed up with one word – underrated. John Goodman has been acting pretty consistently throughout his life and I feel like he doesn’t get the credit he’s due. Even in this movie, his voice adds the necessary gravitas to his character Pacha, where he needs to be the straight guy to David Spade‘s character, (who is really funny in this movie) otherwise they wouldn’t work as well, and in return, the movie wouldn’t work, as this whole film depends on how much you like the chemistry between the main characters. Really well done work by John and something different than what you’d usually see (or hear) in your typical animated performance. When comes to Patrick Warburton, his Kronk is the loveable idiot, who stole the movie for me, no questions asked. But also, how good is he? I feel like with his impressive resume, where he voices characters left, right and centre and has been part of a few animated shows, it feels like he doesn’t get the proper amount of recognition for all the work he puts in. And he always makes the characters funny, no matter who they are. The fact his voice is really unique and unmistakable also helps. Really great performance in this film and as I said earlier, easily my favourite character.

Because The Emperor’s New Groove knows what it is, it makes it so much easier to love and from all the Disney movies of this era I have seen so far, this one is my favourite by far. Yes, it’s not in the same league as other Disney classics, it doesn’t have the depth they might have, or one particular scene you’d remember, but it’s just really fun ride to be on. To an extent, this is how I would imagine improv version of Disney movie, as the humour feels a lot like improv comedy. Which is not a bad thing at all, as I love me some improv!

Overall, when I started this movie, I expected something fun, sweet and short. What I got what something way funnier, sweeter and it hit me exactly in my funny bone, where I really appreciated the film on its own. As part of Disney’s huge catalogue, it’s probably mediocre, but on its own, this movie has a great deal of charm, fun and sometimes, that’s all you need, especially from an animated movie. Definitely something I will be more than happy to re-watch.