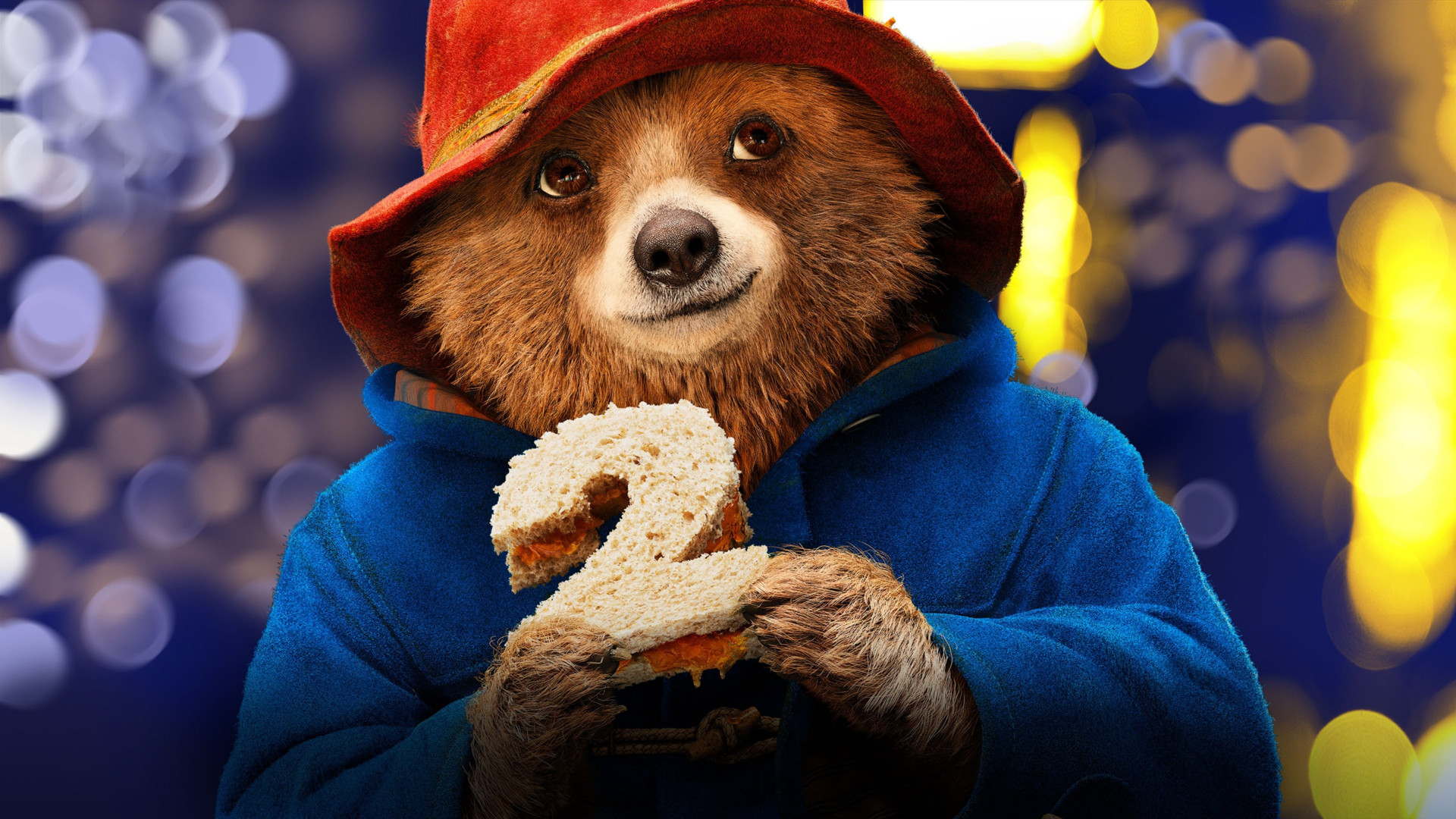 Let’s cut to the chase – I’ve heard a lot of hype around this sequel, how good it is, how lovely it is, all that jazz. It got to the point, I thought there is no way the actual movie can deliver on that hype. I am glad I was wrong this time, as Paddington 2 has given me everything I wanted and more.

From a first glance, it doesn’t look that different from the first Paddington (2014, my review here) as everything you loved from that movie is back – the Brown family, the cheeriness, positive atmosphere, quirky characters, it’s all back. And yet, it does feel a bit different, as main part of the movie takes place someplace else entirely. More on that in my spoiler section. But also, Hugh Grant as the main villain (and no, I am not counting that as a spoiler, as that is obvious from the moment he steps on the screen) has been delightful and almost stole the movie for me. I think the biggest difference between the first movie and this one is that it goes all in with “you can find kindness in almost everybody” and the film manages to operate with that idea really well throughout, where if you buy into it, you will have a great time. Yes, at times, it might be a bit silly time, but it’s still a great one. With that being said…

I found it ballsy to have the main part of the movie to be located in a prison, to watch this cute, little bear get arrested. Of course, as an adult, you know everything will be fine, but imagine watching this film from the kids perspective! That must have blown their minds, seeing their hero get falsely accused and jailed. But it works for the movie so well. Not only we get to see Paddington inspire everybody around him in the prison to be better, but we also get to see the neighbourhood with him at the start of the movie and without him and how big of an impact he’s got on his immediate surroundings. Think of It’s a Wonderful Life (1946), where George is shown the world had he not been born, except nobody needs to die here. That positive attitude and how infectious it can be might sound really cheesy at first, but think about it. We all have that one person in our life, where they ooze joy and good energy so much, it makes us happy by just being around them. At least I hope you have a person like that in your life, everybody deserves somebody like that.

Also, let’s talk about Hugh Grant for a second. He’s been kind of boxed up in these “bumbling, yet somehow charming British idiot, who almost always gets the girl at the end”. But in this movie, he’s not that at all, he’s actually hamming it up (100% that’s a phrase, don’t ever bother googling it) and enjoying every single second of it. And because of his pure enjoyment, because of him giving 100% to this role, you see his goofy, not bumbling side more clearly, where he’s not afraid to be the clown, to be really unapologetically silly and the movie is better for it. He’s definitely a big part of this film’s success and popularity. As much as I loved the first film, this one improves upon basically everything.

And sure, you can be cynical about it and if you don’t let yourself enjoy this fluffy, feel good movie, you can get savage, deconstruct it to pieces, how unrealistic or predictable this whole thing is, but you know what? Maybe the reason Paddington 2 got such glowing reviews, is the year it came out. In 2017, world started to look more divided than ever (not going to get political here, but you can’t deny the impact of Trump in the USA and in the UK, where I live, Brexit has been dominating everything and even now, 2021, it’s still a sore issue for plenty of people). And that makes me wonder, what if that is one of the reasons this movie hit people differently? What if this movie acted like the purest form of fluffy, cute, hopeful escapism we all want to cling to, for at least couple of hours? After all, isn’t it why we love cinema? To live in the world, where no matter what, everybody can be kind, if you show them some kindness and where the evil gets punished. Yeah, I didn’t expect to get as sappy, but here we are :-).

Overall, Paddington 2 has managed to do something almost unheard of (especially in these ages) – they have improved upon the first film, that was already really great movie on its own, by making the sequel slightly bit better in every aspect. Everything feels the same, and yet different, the characters grow, the world expands, but without loosing the magic. Where plenty of modern sequels go “bigger is always better” and often forget what made their first film so great, this one doesn’t. This one embraces it. If you are ever feeling down, and want to watch something, that pumps you up full of hope, watch both of these movies. They truly are fun for the entire family.