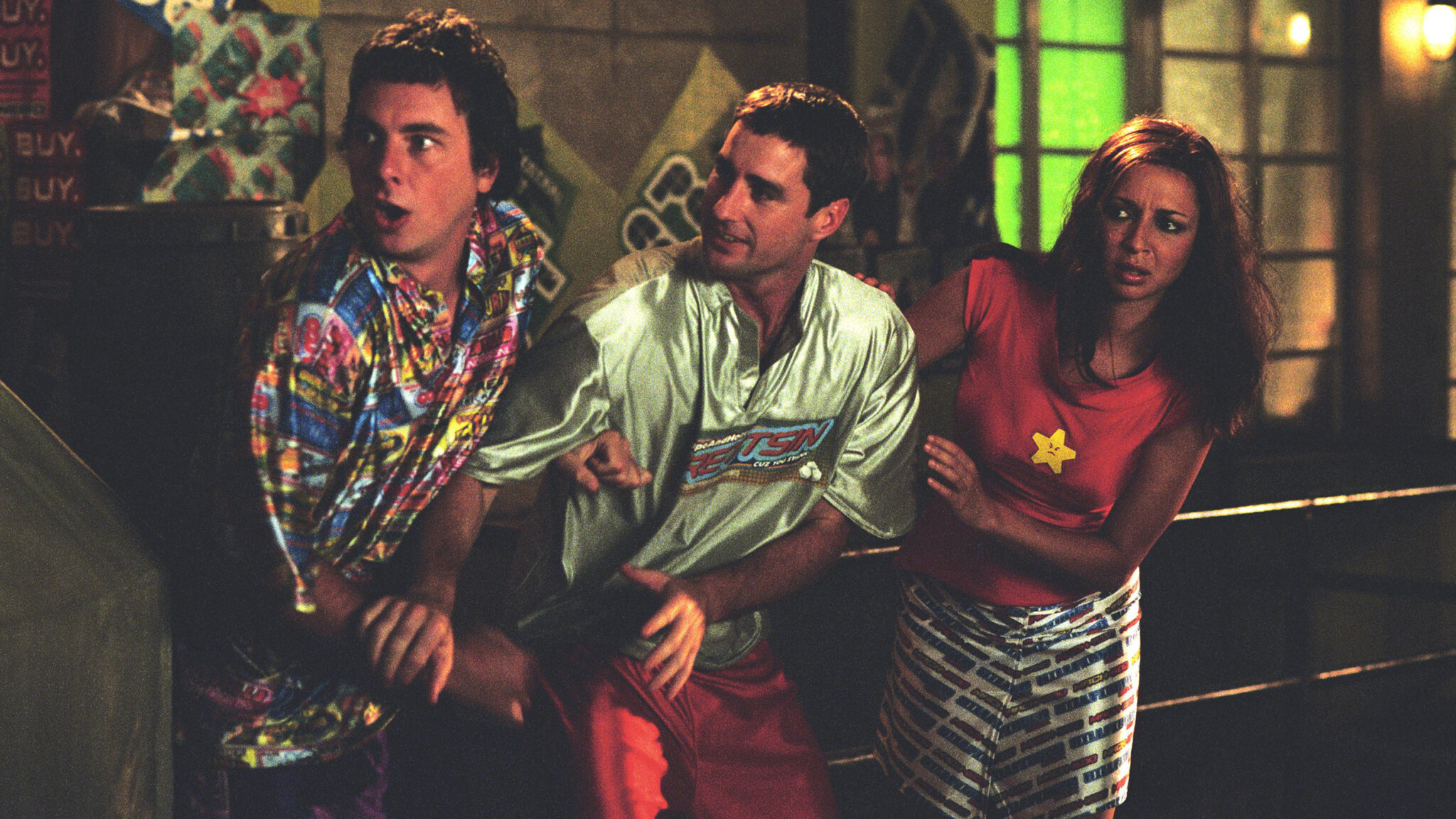 I have heard a lot about this movie, as it’s one of those that bombed in the cinemas (I couldn’t find the movie’s budget, but it didn’t gross even half a million dollars worldwide, see for yourself, which I would have to imagine had to hurt, unless they made it for about $20.000) but gained cult status over the years, and even more especially since certain somebody became a president of… this tiny, not really significant country, that let’s say wanted to be great again (even though nobody could really define when they were truly great and what that even means). Anyway, I went into this movie expecting just couple of laughs, nothing else and what I got what… mixed bag full of promise, but that underwhelms you overall. It’s like getting a really cool PS5 game for your birthday, but you have never owned PS5, or Xbox and you are not really a gamer. That’s how I felt while watching Idiocracy.

What puzzles me the most is there was such a promise! The story, the general idea behind this film (the most average guy you can ever think of gets frozen and he’s awaken 500 years later, in the meantime, everybody got dumber to the point he’s by far the most intelligent human being on the planet) is great and if executed well, this could have been really fun experience.

Unfortunately, it leaned into “the dumb” too much. Like 150% bit too much. And here’s the most frustrating part, there is a way of doing dumb comedy well. Hell, guy behind this movie (Mike Judge) knows his stuff, he gave us Office Space (1999) or really great show Silicon Valley (2014 – 2019) that proves he can make a lot of things/themes really fun. But this movie just went really overboard. Where I struggled the most was the luck of subtlety. There are some slightly subtle jokes that worked (like every station does everything to get viewership from swearing, to half naked attractive models reading the news, plenty of brands still exist, but they are in totally different business than what you remember them doing, or how in this dumb future, all these TV stations have re-branded everything and then, there is the good old fashioned Fox News, the same exact brand, the same exact logo/jingle :-)) and I wished more jokes were like this. Unfortunately, most of the jokes here were really in your face, where it sometimes felt like the director believed we already live in 2505 and we have to have everything spoon fed, so we could understand it.

I did appreciate the fact it was Luke Wilson, who played the most average person on the planet, as… yeah, who else…? The mayonnaise looks at him and it thinks he’s too bland. Who I felt bad for was Maya Rudolph. I have always felt that she’s been put in this box, where she’s always one of the supporting actresses, and she never gets to showcase properly what she can do. In here, she has the biggest role after Luke, but she’s not given much to do, so the movie wasted her talent. And as much as I love Terry Crews (or how he’s credited here, Terry Alan Crews) his character is on one consistent level of ignorance mixed with violence with “a bit” of shouting on the side. He’s also not given much to do, as the moment we meet his character, that’s exactly who we see for the rest of the film, there are no peaks or valleys, just one over-the-line performance, that gets boring the more time goes by.

I think Idiocracy is a perfect example of somebody taking a big swing, and unfortunately, missing their mark completely. I am not going to say it’s not worth seeing, or that it is the worst movie I’ve even seen, no, by far not. Sometimes I laughed, it’s really short (not even hour and half) film and… that’s about it. Yeah, the casting is pleasant, but if 2/3 of your main actors feel wasted (where you know both Maya and Terry can do better), it might be slightly painful to go through at times (as my girlfriend said at one point “Thank god it’s only 20 minutes left, this movie is infuriating!”) and even though I wasn’t as harsh on this movie as she was (she would have given this 1/5*, maybe even 0) I could see where she was coming from. Just because your movie deals with total dumbness, that spread around the world worse than COVID-19, it doesn’t mean there can’t be any sign of slightly intelligent, subtle humour. You don’t have to bathe us in the dumbness, for us to understand it.

Overall, Idiocracy is one of those movies, that might have a cult status which I will never understand. I still think the idea is worth exploring and if done properly (maybe a TV show reboot with different writers? I felt like this concept could be great for a proper R-rated TV show) this might have been a great comedy. Unfortunately, instead of the golden “show, don’t tell” rule of storytelling, the movie went with “show, tell and scream just in case the audience is really daft” route. Which is a shame.