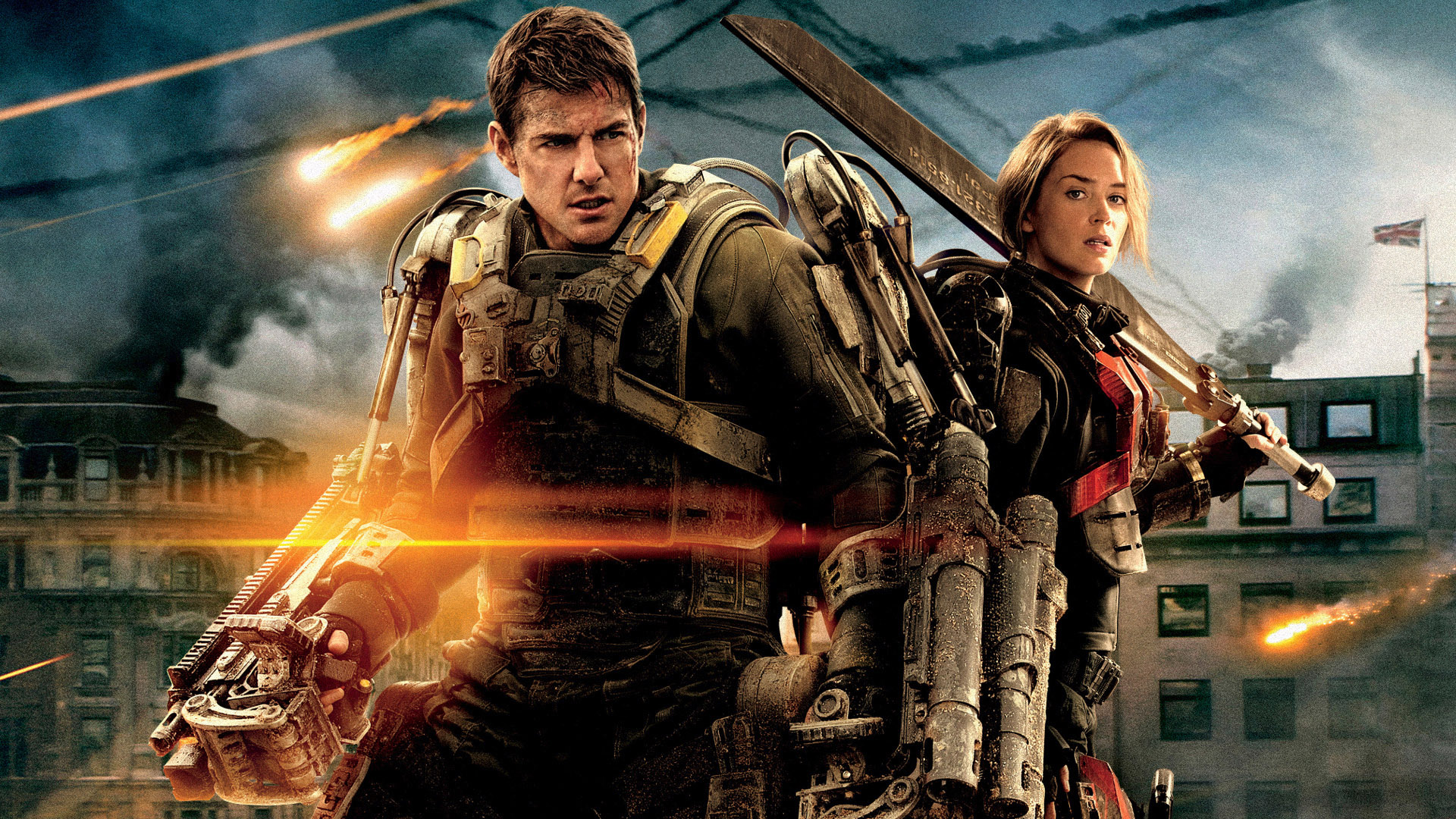 I remember watching this movie “back in the day” in cinemas and I liked it, but it was one of those films, where everybody around me and on the Internet really liked it. It made me think I might have missed something, as I didn’t understand why everybody seems to love this film as much. Again, don’t get me wrong, I liked it (back then I would have given this movie solid 3.5/5*) because I liked the concept, the main duo, but it felt predictable at times and the ending slightly confused me.

Ever since then, I have re-watched it twice. Once about 3 years ago (where I liked it a bit more) and the second time about a week or so ago and I yet again, I liked it a bit more. What’s changed? I think I let myself to enjoy this a bit more and I also think I underestimated how hard was it to make this concept work as flawlessly as people behind this did. Do I understand the ending now? Still not quite sure, plus I have realised something new, but let’s start from the beginning.

Edge of Tomorrow (or Live Die Repeat as it might be known in some countries) is a great “groundhog day” movie, where we have a person stuck in a loop, unable to die. Or, to be more precise, every time he dies, the day resets. Except it’s not a comedy about a gopher predicting weather, this is an action/war/sci-fi movie about alien invasion. And it’s done really well. Tom Cruise is great, but I do think Emily Blunt steals the movie. Her Rita is really interesting character, and I really liked how you can pick up information about her character slowly, throughout the movie, in “natural” way. It didn’t feel like a forced/clunky exposition, as especially action movies can sometimes do that and have awkward expositional dialogues. But she’s the heart of this movie. If those two didn’t work as well, the movie would have fallen apart.

I really appreciated how the action scenes are filmed. The more new action movies you see, the more likely you are to see bad action scenes, as they tend to be cut to bits, as mostly the actors don’t want to, or are not allowed to do their own stunts (insurance purposes, or if they got injured, it would have stopped the production for weeks, maybe more) so directors need to work around that and unfortunately as a result, most of action scenes can be quite confusing, rather than convincing. Not this film though, as this movie does it quite well – you can feel the madness, the confusion of the combat, as everything is happening at once, everything is all over the place (especially the very first time Cruise’s character is on the battle field) but it’s without you, the viewer, being confused as to what’s actually happening in front of you, where everybody is etc. Notice, how plenty of action scenes in this film are shot with minimum amount of cuts. Of course, that is mainly due to Cruise being obsessed with doing his own stunts and when this happens, most people don’t want to be the “odd one out” and just do it too, allowing the director to have the freedom to plan it properly and not having to cut every scene to death.

One thing I have noticed during my last viewing and what might be the reason I am still not 100% in love with this movie (although I am as close as possible) – the final act really slows the movie down. I can’t discuss it without going into some spoilers, so…

The first two thirds of this film are mostly about the “final” battle on the beach, prepping/planning it step by step, and having fun with it. That is right, for an action/war/sci-fi movie, you will laugh couple of times, as it can be funny too. But from the moment Cruise loses his “powers” and can no longer reset the day, the movie slows down for me. I know this has to happen in order for the film (or the book this movie is based upon) to have any stakes at all, but what this step has done, ironically, it removed the stakes for me, because you know once the main character is no longer “immortal”, he can’t die, so of course he does “everything correctly”. That’s why I also have a problem with the ending. Yeah, I get it, his blood got mixed with the blood of the Omega, that is why he survived, but how come they are gone? Surely, if the time gets reset, the omega also has the same information as Cruise does, so the aliens can plan accordingly…? Or does the movie say that even though the Omega reset the time for Cruise, it still died…? Somebody much more clever than me, please explain it to me. 🙂

And this is where the issue lies with me – imagine this. The movie ends not by time reset, but rather with all aliens suddenly dropping dead, where nobody knows why. Soldiers don’t think about it too much, as they are too busy with celebration, we know, who the hero of the story is, and we as the audience know, he sacrificed himself. But nobody will ever know, because if I remember correctly, everybody who was alongside Cruise in the Louvre ends up dead right…? And then, we would just see Brendan Gleeson‘s character, watching the battle, seeing everything and joining the dots together. If you want super dark ending, he would take all the credit, saying it was him who sent out troops to take out the Omega, but won’t name Cruise. Or we could even do “Nolan” ending, where would just see him, pondering what he should do/say to the media and before his speech, it would end, so the audience can decide whether Cruise’s visit changed him or not…? To me, the sacrifice only makes sense if Cruise stays dead. The movie wanted to have its cake and eat it too, which slightly bothers me, but hey, it seems to be working for plenty of other people, so what do I know. 🙂

Overall, Edge of Tomorrow is one of those movies, where the more I watch it, the better it gets. It has great cast, superb action scenes and great premise. For me, the only downside is the last third feels bit slower and the ending doesn’t make sense to me. But other than that, it is a really great movie, that’s definitely worth watching.