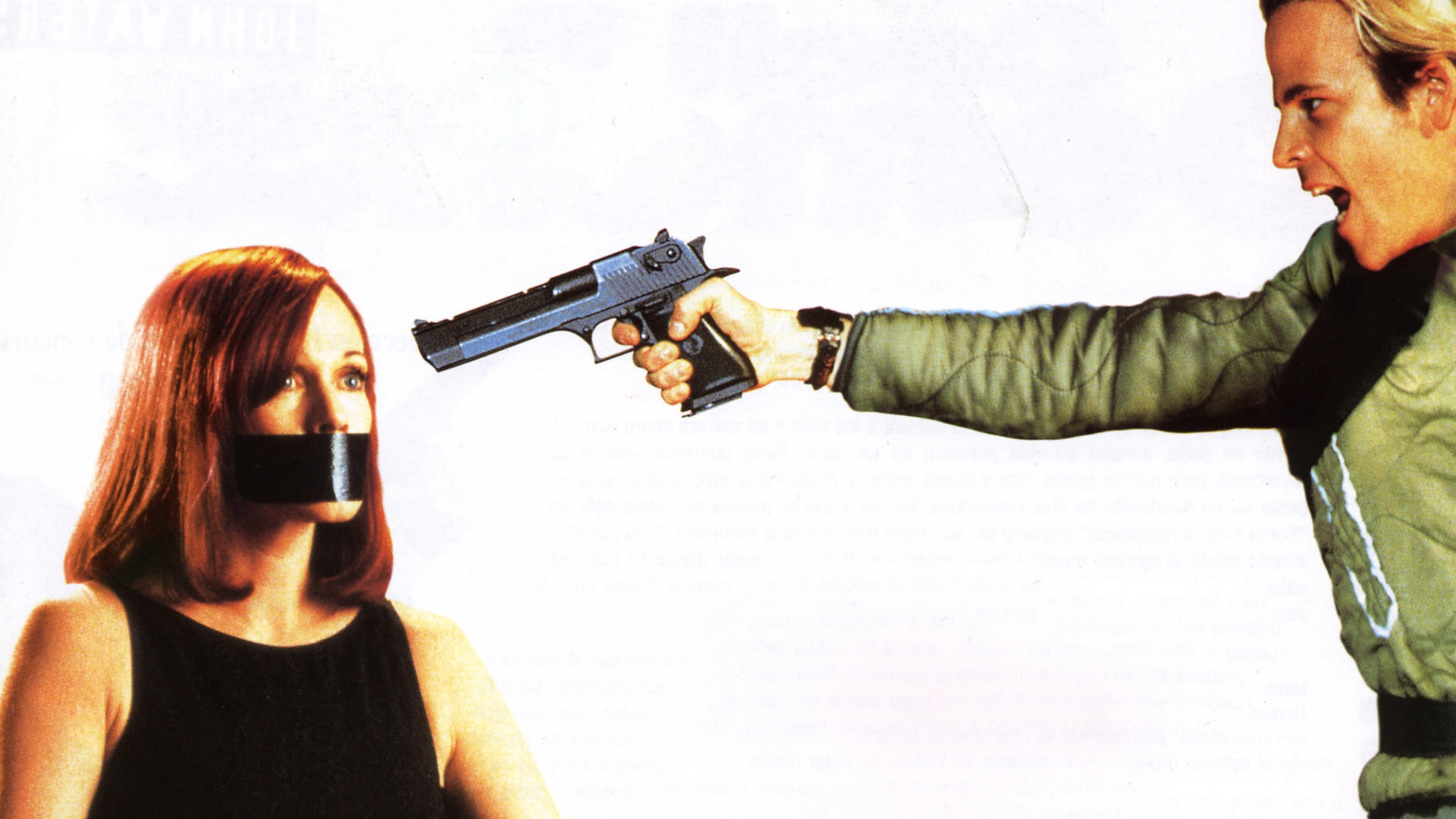 Anyone, who is just a tiny bit familiar with a larger than life persona of John Waters knows, that his movies are always on the verge of… well, couple of things. Sometimes it might be a good taste (still haven’t seen his most famous film, Pink Flamingos (1972) as I’ve heard couple of really “interesting” things about the movie, so I am still mentally bracing myself to eventually watch it) and sometimes on the verge of camp, like Cecil B. Demented. And you either love it, or hate it. Or more precisely, you either love Waters or not. And that directly impacts your enjoyment of his movies, as I don’t think there is more polarizing filmmaker, who is so 50/50 with mainstream audience, where you either understand his shtick, or you don’t want to.

This film is surprisingly “tame” for his standards, as it mainly criticizes Hollywood and everything about it, from their reliance on sequels, to most people there being fake and being in it just for the money (hm, not much has changed since 2000, did it?). But what this movie does really well, it takes that concept into camp overboard. What I mean by that – it would have been so easy to get caught in the trap of being too preachy. After all, he might be an outsider and someone who challenges the system, yet he is still very much part of it, but this film sends its message through over the top camp, and I am here for it, so even if some “not so subliminal” messages about what real art is hit too hard on the nose, it’s done in such a crazy fashion, it’s more than bearable.

Everybody in this “rebel cinema crew” has tattoos that somehow relate to masters of cinema, they are in it for the “art for the arts sake”, but their leader (amazingly over the top performance by Stephen Dorff) is always taking it a few steps too far, from not having sex until the movie’s finished, to using live grenade, ammunition, guerrilla style filmmaking that often includes innocent people, to sacrificing lives for the art. And also forcing it onto his crew, effectively making himself a cult leader. Yeah, Cecil B. Demented is wacky, campy love letter to cinema in its purest form, that can be read at the same time as a warning against what happens, when you take anything “too pure” too far. You know the saying, everything in moderation.

Let’s talk about this movie’s casting, because there are a few big names. Already mentioned Stephen Dorff as the titular character Cecil, Melanie Griffith, who plays the “bad Hollywood diva turned good(?)” also goes all in when comes to her performance, even though she’s more “reserved” than him. By far my favourite performance was by Maggie Gyllenhaal as the Satanist worshipper, who just killed me with her every line (“Want some goat urine?” or “Pain is pleasure! Slavery is freedom! Suicide for Satan!”) and played that really quirky, out there character with everything she’s got and more. Who I was really surprised to see here (and had to pause the movie to make sure it was the guy I was thinking, as he’s credited here as “Mike”) was Michael Shannon as a gay person, whose true love is ashamed of being straight, as he “just loves pussy so much, he’s ashamed of being hetero!”. Since he’s such a dramatic actor nowadays, it was truly great seeing him in totally different role and as with everyone around him, just going with the flow and giving his best to this movie.

I think that’s the part I appreciated the most – all the actors understand, that this is a really campy movie, and yet, everybody is giving everything they have. Nobody holds back, they all seem to be having so much fun, it’s impossible not to have fun alongside these crazy, demented cinema rascals. And even though they go “a bit” too far, most of what they say you can agree with it (in principal, of course). But since it’s done in really campy form, the movie never feels preachy. I really liked that aspect of it.

The only thing I was slightly disappointed by, I wanted something more, one scene, that would stand out among all this craziness. Because if everything that’s happening is crazy, eventually nothing seems to be crazy, because it evens itself out. It feels weird to even say that, but I was expecting something more outrageous, one scene that would just underline everything and I don’t think I’ve gotten that in this film.

Overall, Cecil B. Demented is a film, that’s made for certain audience only. It’s definitely more of acquired taste, where if you enjoy crazy, campy performances, films, and also understand enough of cinema history and references, you will have a really good time. But if you think a movie, that’s preaching “Power to the people who punish bad cinema!”, while attacking the shoot of Forrest Gump‘s sequel, is taking it too far, this might not be a film for you.