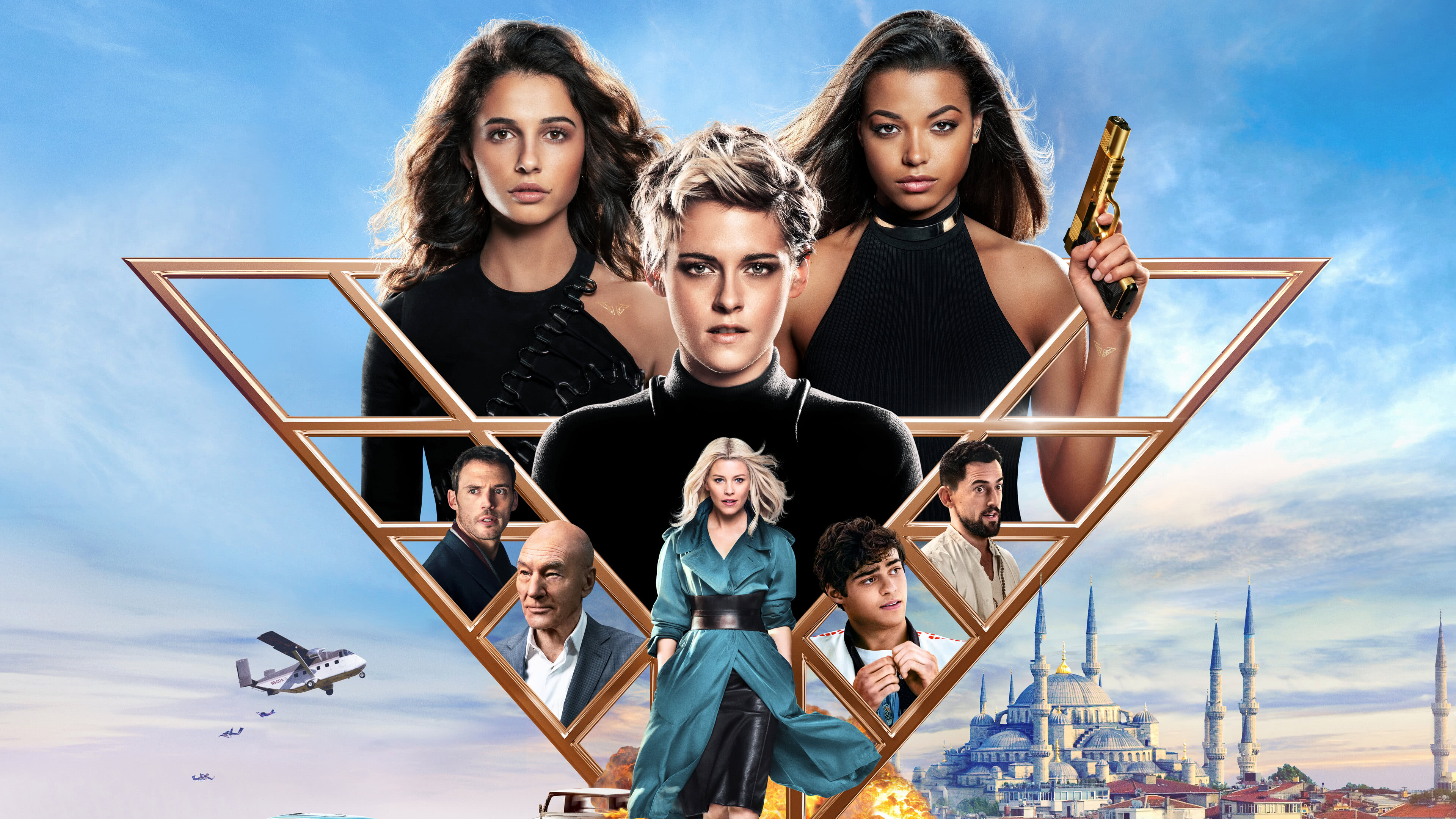 This review will be quite hard for me to write, as I will try really hard not to come off as some sort of incel, who hates women in leading roles. That’s a great introduction to a review about a mediocre action movie, isn’t it? Well, believe it or not, but I didn’t want to go there, but the movie really forces your hand, as it lets you know, how men are just the worst by using the worst stereotypes you can think of. Don’t get me wrong, you can use stereotypes to get your message across, but most (if not all) men in this are based in these lazy, Hollywood way of stereotype, where you either have bad men, who are bad, or occasionally some pretty good, nerdy, weak(ish) men. Nothing in between, it’s black or white. And to me, that’s just lazy.

Before actually moving on and reviewing this film, let me make this argument – I know we can’t compare them “like for like”, but take Promising Young Woman (2020, my review here) and Charlie’s Angels. Both of these films are about women, how hard and dangerous it can be (and is, let’s face it), being a woman in “the man’s world”. However, the first mentioned film uses stereotypes to its advantage, it makes you feel uncomfortable, without shouting “girl power, all men are trash!”. And that movie is really out there, really great, uncomfortable, yet much needed watch for many men, to help them understand, how their behaviour might affect all women in their lives. Whereas in Charlie’s Angels, we just see this weird thing, that’s not really about empowerment, more about putting somebody down. What also doesn’t help your case is the director, producer and one of the main actresses, Elizabeth Banks, blaming men and comic book films, as apparently, we hate women led action movies…? You know, except for Wonder Woman (2017), the original (or should I say the first remake) of Charlie’s Angels (2000), the Alien franchise, The Terminator franchise (until they focused on Arnold‘s character only and binned Sarah Connor). I hope I am getting my point across, this film for me could have been a great, light-hearted fun/action film, with women kicking ass. Instead of that, they decided to take it in the “we kick ass BECAUSE we are ladies, take that!” and it just feels really dumb. Even the already mentioned Charlie’s Angels from 2000, wasn’t a masterpiece by any means. But it was really enjoyable, re-watchable movie and what made it enjoyable, was the fact all three main actresses kicked ass and they never focused on this “we kick ass despite and/or because we are women”. They just did, didn’t ask question, weren’t there to explain themselves, because they what they did.

Anyway, sorry for this rant. But it ties in with my overall enjoyment of this. The main trio I thought worked really well. The more I watch Kristen Stewart, the more I admire her for being so versatile. I thought she killed it in this role, as she was the perfect blend of crazy and sensible. It would have been so easy to make her character “dumb, with good intentions”, but luckily, the movie never went overboard with that. I have only seen Naomi Scott in Aladdin (2019, my review here) and Power Rangers (2017) which I have to admit, I didn’t really remember she was in, as that movie just went through my head, that’s how forgettable that was. In here, I thought she did a great job being the “fish out of water” character, where she avoided going into the annoying territory of being too all over the place, and she could handle herself in a fight too, so props to her. As most, I’ve been introduced to Ella Balinska and… damn. She can do it all, she can be funny, tough, emotional, kick ass, she is the complete package. But here’s the thing – I think they complement each other really well, I can’t even say one was my favourite over another, as they all had their roles to play and they played them well, but most importantly, the complimented each other maybe even better than the 2000 movie.

When comes to Elizabeth Banks, I honestly believe she’s much better actress, than director. Especially action in this film was… hard to follow. I am not going to hold it specifically against her, as it wasn’t any worse than your average Hollywood action movie these days, but that’s not really a compliment either. I do think if they really wanted to have a woman director, why not try to get this into capable hands of somebody, who had proven themselves in the past, like Kathryn Bigelow or Patty Jenkins. Especially Kathryn, I would love to see her spin on Charlie’s Angels, especially with this cast, I would actually pay money to see that on the big screen.

As mentioned prior, I do think the biggest problem of this movie is the script. The “message” aside, it’s as basic as it gets, we have this miraculous gadget, that can help people beyond anything ever invented, or can kill everyone, so of course, rich people want to take advantage of it, we need to stop them, Bob’s your uncle. Honestly, even the fake twist halfway through the movie, where the film is desperately trying to convince you that this *something* happening, you know, it’s not happening. Also, thinking back, there was no memorable scene from this movie. Even as unbelievable as it was, the Charlie’s Angels from 2000’s had the big heist from the white safe, where you could see their minds, their craft, their attention to details, it sticks with you, even though you question how possible or not would it be, to pull something like this off. But this movie doesn’t have anything like that. It does have some decent enough set pieces, but I think I won’t remember either one in months’ time, whereas I still remember that white safe heist, and it’s been a lot of years, since I’ve seen that version.

Overall, Charlie’s Angels is a film, that could have been really fun. Instead, it decided to go with this weird “empowerment” route, that’s not really about empowerment at all. And when it failed (and boy, did it fail hard, remember the rule of thumb, where movie has to earn roughly 2.5x its budget, before it becomes profitable) the movie’s director tried to blame everyone, but herself. You might think I am happy this film failed, but actually I am not. Why? Simple – I want movies to succeed. I love movies, so wishing for them to fail, that just doesn’t make sense to me. Plus, I genuinely enjoyed the main trio, so I would want them to have another chance to make a great action movie. But whoever would take on directing this, they need to make a decision – are they making a cheesy, light-hearted action movie? Or will it be more R-rated, “hard ass” action film, with some laughs, but more drama about feminism? Because this movie tried to do kind of both and the result is… let’s just say, not that great. If you were to take this film apart, all the elements are great, but the overall result is far from enjoyable. Which is irritating, as again, the main trio worked really, really well together. It’d be shame not give them one more chance, with better script and a capable director, who knows thing or two about action.