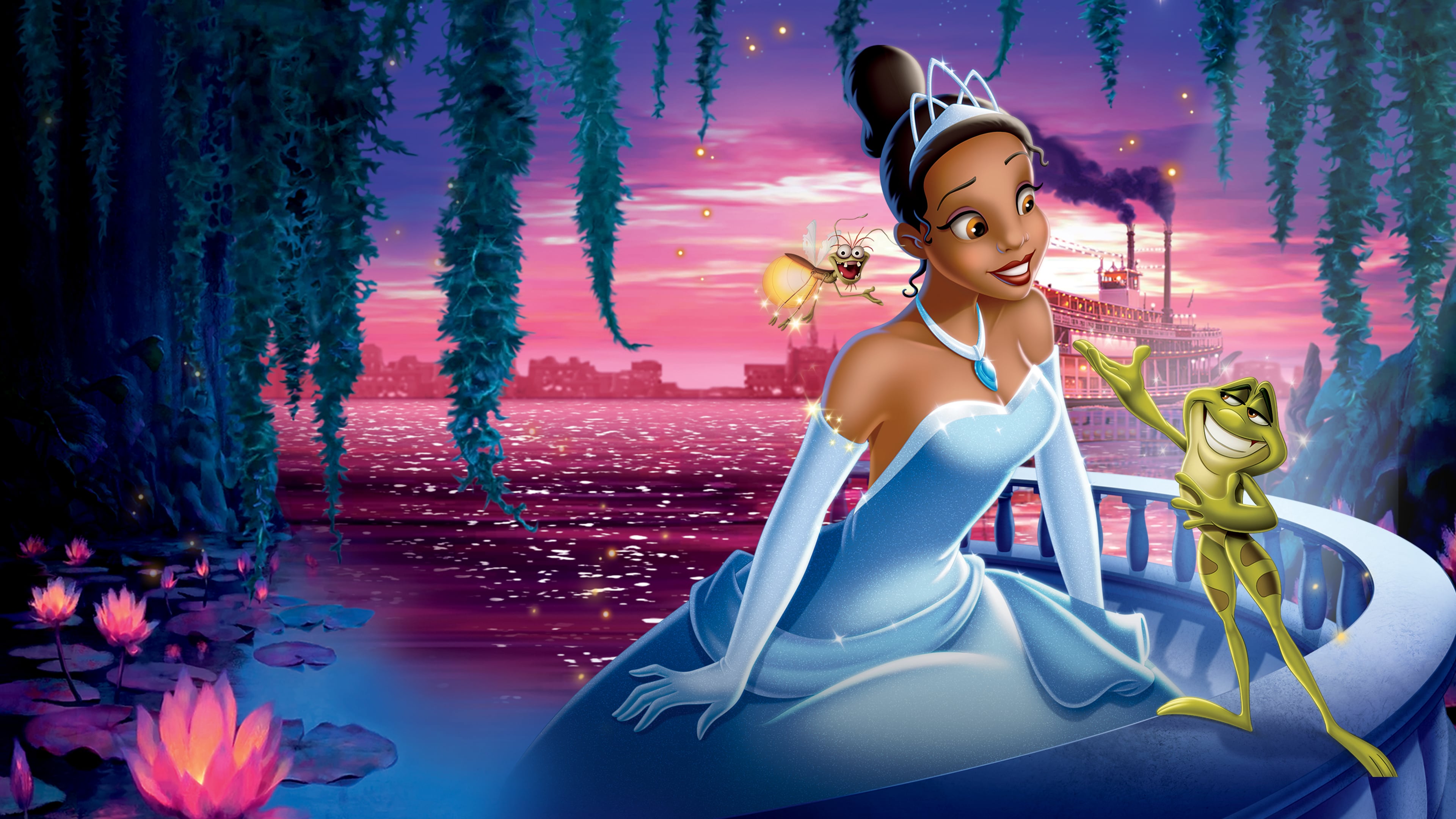 The Princess and the Frog is one of those “filling my gaps” movies, I haven’t seen until now. One of the rare exceptions for modern Disney animation that was escaping me throughout the years, and now I can finally cross it off my “list of shame”. Which I am pleased about because this is a lovely story, a great film that’s just so close to being a great one, But let’s start from the beginning…

I appreciated a lot about this movie – the characters, the story being set in New Orleans (a place that’s been on my to-visit list long before the COVID-19 pandemic, as I keep constantly hearing stories about the amazing cuisine, rich history and most of all, the jazz connection) and of course, Disney’s first African-American princess, Tiana. But this is also my biggest gripe with this movie. I know what you thinking, wait what? Ok, let me explain.

Since this is based on a well-known fairy tale (albeit with one twist), I will spoil a tiny bit of the main plot, to explain my biggest issue with this film – they only gave us the “real” Tiana for about 20 minutes…? Exactly, in most of the movie, we spend time with her being one of the titular frogs. And even though I appreciated this twist, that it’s not just the prince, who needs to turn back but also her, I can’t help but feel cheated. The first African-American princess, but not only that, with her agenda (she really wants to buy and run her own restaurant) and yet, for most of the film, we are starring at the frog. And look, as far as frogs go, it’s a pretty sexy looking frog, I am not going to lie. I am not saying I would have anything with a frog, all I am saying is if I must have something with a frog… what are we talking about again?

Oh yeah… anyway, for some reason, it really bothered me we did not get to enjoy Tiana in her human form for longer. Come to think of it, I think that’s a valid complaint, as I need to admit… I am a man. Also a white man, so there is that. And even I have noticed how little time we get to spend with human Tiana. Now, imagine how some little kid will feel, going to see a movie, where they finally see somebody, who looks like them on the screen in the main role, not just being wacky sidekick, or sassy friend, to only see the human version of them for a quite limited amount of the screen time. All I am saying, representation matters.

The voice acting was pretty great – I need to compliment Anika Noni Rose, as she did well and has a beautiful voice (not only for talking but singing, as all actors actually sang their parts too). I need to be honest, everybody else did a decent enough job, but nobody except John Goodman stood out for me. I know what you are thinking: “Hey, great to see your values, talking about representation and stuff, just to say one of two people who stood out was a stereotypical white guy!” Look… you might have a point, but I honestly think if I wasn’t so familiar with his voice, even he wouldn’t have stood out as much. Come to think of it, that might have been purposeful, as even though this movie has the mighty Oprah Winfrey included in the voice cast, I didn’t know about it until the credits rolled. I was so focused on our main heroine, mesmerised with her voice, I ignored everybody else. I was enjoying the story, so I didn’t care to ask myself “why don’t I recognize any of these voices except John Goodman?” And that’s a pretty great thing, if you ask me, as I don’t measure the quality of any movie by “how many famous people I recognize appear in it”, but based on how invested I am into the story itself.

Overall, The Princess and The Frog is a great movie, which puts a new twist on the old story we are all familiar with. It’s impossible not to get hungry while watching the film or to fall in love with Aniko (or her voice). My tiny issue was only with her being a frog for most of the movie. So I will say something I don’t usually say – I would 100% be for a sequel. Give us a sequel, where she won’t be a frog, maybe with her running her restaurant, some original story, as I’d love to get to know this character more. And yes, I know there will be a TV series called Tiana (2022 -?) but I don’t think I am that age group, that could justify watching a TV show about a Disney princess. A movie though, that’s something different, as you don’t have to invest too much time and should be “packaged” more neatly.