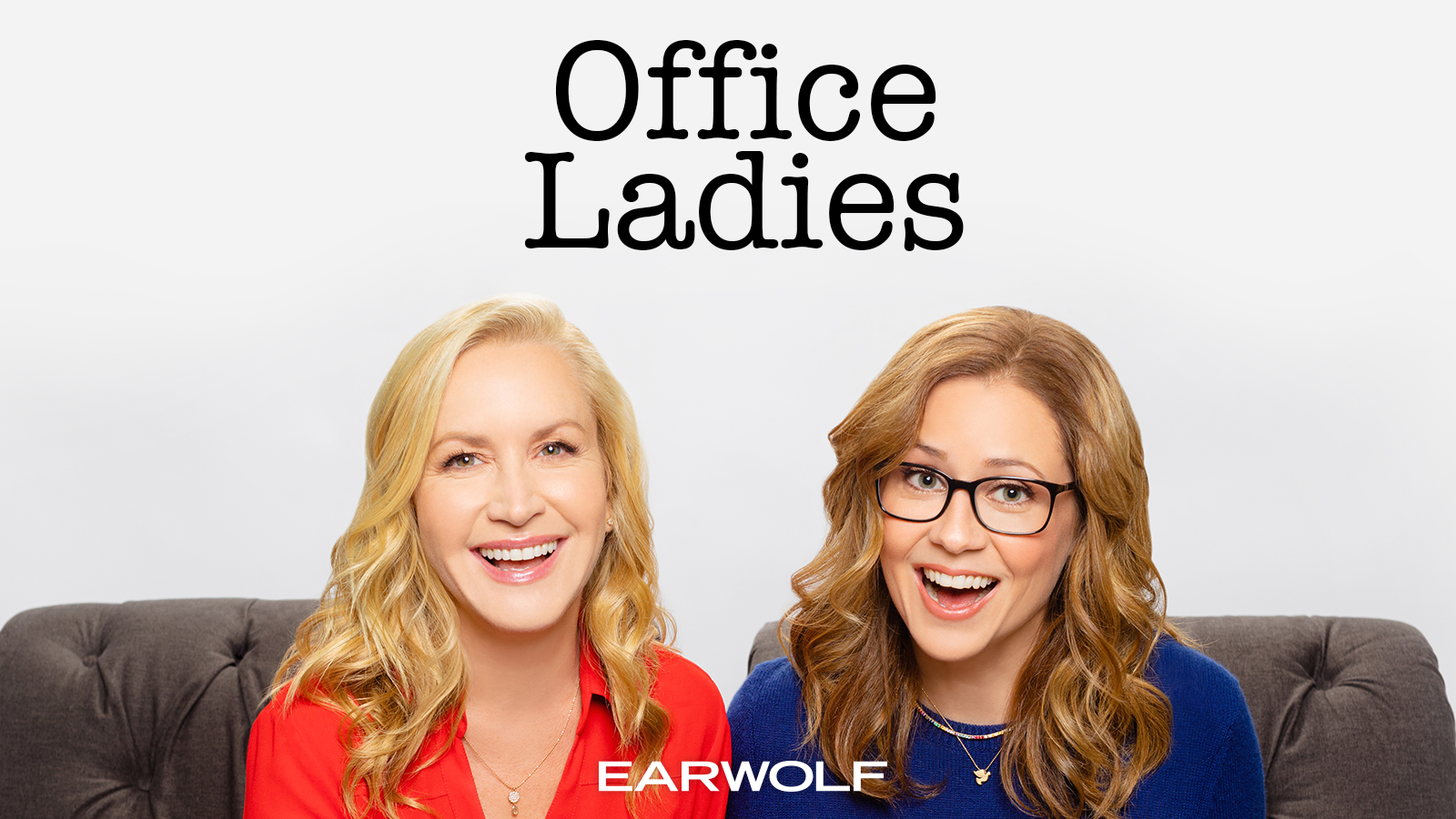 When you have a job like mine (where you work 12hour shifts by yourself, watching a bunch of screens, monitoring data and trying to sort out a lot of issues) you try to keep your mind occupied and trust me, your playlist, no matter how “fire” it is, gets boring quickly. Luckily, we live in an age, where everyone (except me) has their own podcast. Some are great, some not so much. Luckily, Office Ladies belongs to the first group.

At first glance, you might think this would get boring rather quickly – two people breaking down every single episode of The Office (2005 – 2013, my review here) minute-by-minute. And yes, if those two people were robots and did it just for the sake of it, it would have been the most boring podcast ever created. But luckily, those two people are no other than the phenomenally funny great actresses and best friends, Jenna Fischer and Angela Kinsey. And each week, they bring you an episode packed full of interesting information, behind the scenes trivia and occasionally interviews with a variety of people, from their fellow actors to people behind the camera (screenwriters, producers etc.)

What sells it and the main reason I immediately fell in love with this podcast, is the genuine chemistry between Jenna and Angela. I wasn’t surprised these two “office ladies” were best friends in the real life, because that’s one of those things everybody, who’s ever watched the show, will learn sooner or later. What I was surprised by is how entertained I was by simply listening to them talk (and sometimes rant, or as Jenna would say, “get on my soapbox”) about anything and everything, not just the show. What also amazed me was the fact, how different both of them are outside the show.

Look, I get it, they are professional actresses, so of course, they will be different. But this just goes to show how talented these two truly are. To be honest, I suspected Jenna would be more of the “preppy, motivated person”, but what I didn’t expect is how I would fall for Angela, as I have (for the most parts) didn’t like her character on her show. To the point, I have fallen for something I would like to call “an audience curse”, where she acted her character so well, I couldn’t believe how cheery, geeky (she loves Star Wars, Game of Thrones and all that great stuff, unlike Jenna, who’s more into real-life pop culture) and overall lovely person she is. Both ladies strike me as someone, I would love to have lunch with, followed by some cocktails, just to talk to them about anything.

I also admire how much time and energy they both (and not just them, based on how many people they reach out to) put into making this podcast, re-watching every episode several times, looking through bloopers and deleted scenes, going through scripts… One would think “this must be the easiest podcast ever, you just talk about a show you were on, easy!” Well, if you want to do it properly, it isn’t that easy and these ladies do it really well. I love hearing all the different stories, how some scenes were scripted down to the last word and some were improvised or shot a certain way because things change and as Queen taught us, “the show must go on”, so you need to solve the issue on the spot. I had a rough idea, how much goes into a production of a TV show, but these ladies made me appreciate everyone working on any kind of movie/TV show even more.

Come to think of it, if you have any aspirations when comes to working in the show business, this podcast is quite informative when comes to everything from how production works, to the occasional reminders about fame and success. How it doesn’t come instantly and you need to constantly work for it for a long time. Both Jenna and Angela shared their stories, how long did it take for them to break through, and they also ask each one of their guests how they started, what did they do on their journey to get where they are now. I find this so useful, in today’s “instant” society, where success isn’t and can’t be instant. If you want something, you need to work hard for it, no matter what that “it” is for you.

Overall, I managed to catch up on Office Ladies fairly quickly (again, 12hour shifts, time is not an issue) and as somebody, who listened to every single episode, I am still looking forward to every Wednesday, as that’s when a new episode drops. And I still love it. I can’t recommend this podcast enough, whether you are a die-hard fan of The Office or just a casual one, this should be on everybody’s device. And I can’t compliment both Jenna and Angela enough, as they are professional, funny, and most importantly, their interaction feels genuine. Give it a listen and judge it for yourself.

That’s all for this one! Do you listen to this podcast? What do you think about it? Let me know!