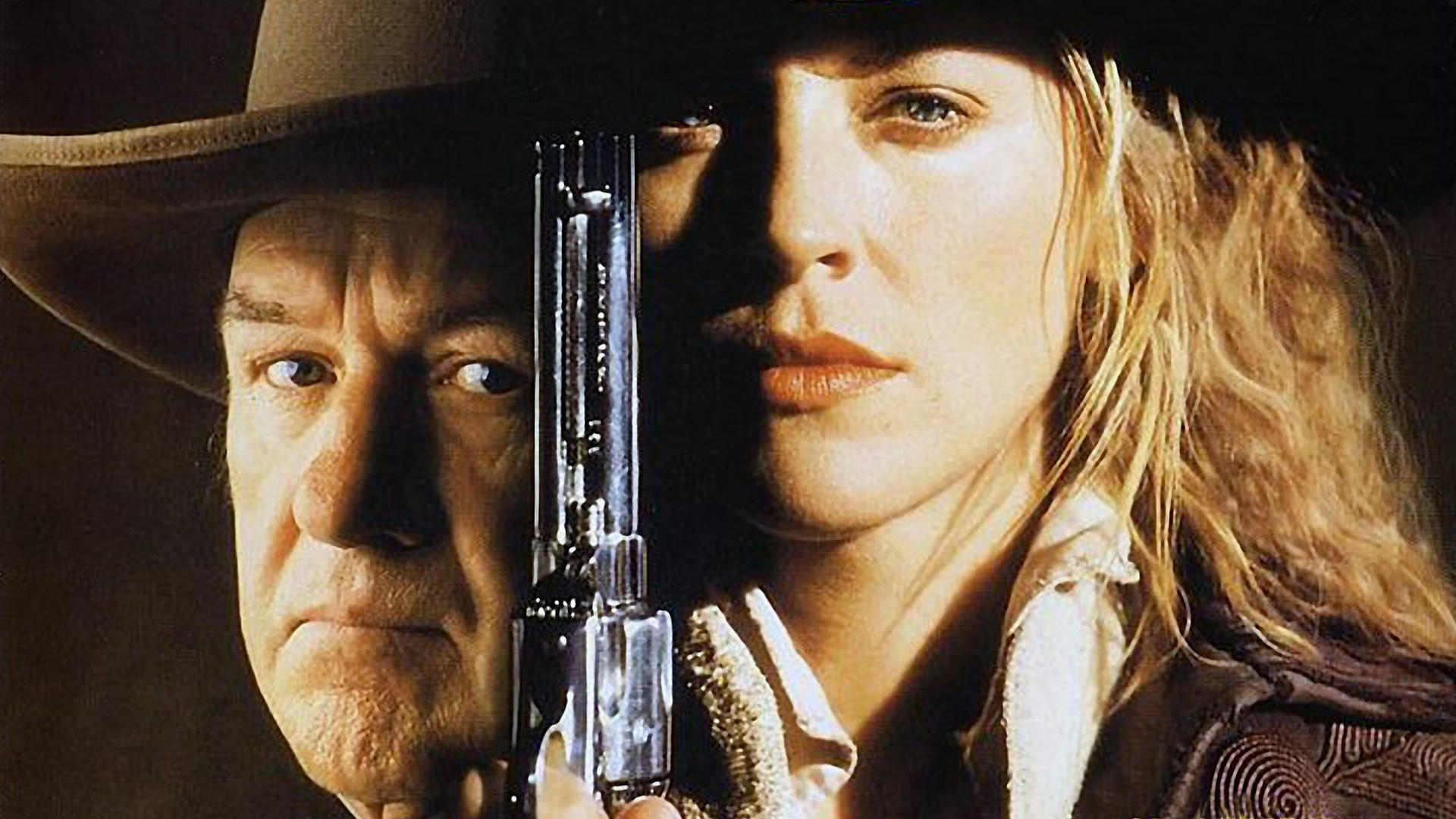 This movie is a mystery to me. On one hand, you have amazing people in front of the camera (Sharon Stone, Gene Hackman, Russell Crowe, Leonardo DiCaprio just to name the biggest players) and behind it too (Sam Raimi directing, Alan Silvestri composing) and yet, if it wasn’t for SinCast (huge recommend, my review here) I don’t think I would have heard anyone talking about it. You’d think given all this talent involved, people would be talking about this film a lot more and yet… they don’t. Upon finally watching it for the very first time, I think I can see why…

I believe the fact we get so many good people involved with this film, actually works against it. Especially watching it now, 20+ years since it’s been released. Let me explain why. There are so many talented people involved, but we have seen all of them be much better in different movies. Most (Leo, Russell, Sam) had their best roles in front of them, others (Gene, Sharon) had theirs just behind them.

What I am trying to say is, The Quick and the Dead is a pretty good movie, with some neat things, but literally every single person on the screen has had better roles either before or since this movie came out. That means even though we can watch these great performers act together here, nobody stands out. Leo (given how young he is) is slightly off, Sharon in this has just three modes (sad, moody or horny), Russell’s role is a bit simplistic and Gene is your stereotypical villain. He tried to do something with it, but it ultimately didn’t go anywhere for me.

Don’t get me wrong, they are all doing their best they can with what they are given and it’s not like either of them are “bad”, but once the movie is over, you honestly won’t remember anyone’s performance. What you will remember is Raimi’s directing style where he tried to make this western into something cooler, and you will also remember the ending.

Let’s talk about both of these things. I love Sam Raimi’s directing style. Adore it. He can blend horror and comedy like almost nobody else (see The Evil Dead trilogy, if you aren’t familiar with it) and I have always loved his unique sense of camera work, shooting certain scenes (his famous POV shot also appears here). That being said, I didn’t think it worked for this western. At least some of his choices, mainly the 90’s “chaotic close-ups” during some tense scenes were distracting. To the point, it actually took me out of the movie for a bit, as it was properly disruptive. But his other choices (making Sharon the main character, who’s a badass with a secret, the fact we see holes in bodies after some gunshots, which is unusual for a western film) I quite liked.

Now let’s talk about the ending. I don’t think I need to put the spoiler tag here, as I won’t spoil it per se, I will just hint at certain aspects of it. You know that there is a history between Sharon’s and Gene’s characters, that is given. Therefore, the only question throughout the movie is, what exactly happened. I knew it will probably boil down to some sort of “Gene’s character shot her family right in front of her when she was a child” and I was right… kind of. Because the actual reveal is a way darker and sinister than I anticipated and I liked that. What I mean is I didn’t like what happened to her character, but the fact this movie surprised me, where I thought we are going one way, and even though we ended up in the same destination, the movie decided to take us there via different, much darker, route. That ending pushed me to rate this film slightly higher.

It’s also very obvious Sam isn’t shooting this as “something new, something original”, as it felt very much like a vehicle for him to pay homage to his favourite westerns. And there is nothing wrong with that, it is just some shots/plot points were more obvious than (I think) intended. I will give you a great example of an even newer western, that is a remake, and yet, it works brilliantly on its own – 3:10 to Yuma (2007). Not only it also stars Russell Crowe, but that movie is just a superb, new(ish) western, that never bores you and even though you can see where everything is leading towards, you still enjoy the ride. It’s been a while since I’ve seen it, but I still remember how I adored it (need to re-watch it). And that is something this western just couldn’t do, there wasn’t a scene that would stand out for me, or performance, that would push it further. Also, everybody is so damn clean in this movie. They try to make the main actors looks somehow dirty/gritty, but they never “felt” dirty. Some just looked like they might have not showered for a day.

Overall, The Quick and the Dead is a pretty solid western. Paradoxically, its main selling point (so many talented people involved) is its biggest disadvantage, as I’ve expected something more, given all the talent here. Everything here you have seen done prior and better, all the performers had much better roles in different movies and there isn’t a scene or an actor, that would stand out. And yet, it’s a pretty entertaining film, that isn’t boring and just because of the ending and the way it goes about the “twist” (if you could even call it like that) I am rounding up my rating a bit. If you like westerns, you might like this one, but one thing is for sure – there is a reason nobody talks about this movie, even though you have some heavy hitters involved. There isn’t much to talk about, the story is quite simple and I know I am repeating myself, nothing and nobody stands out. Will see how I feel, when/if I re-watch it some years down the line.