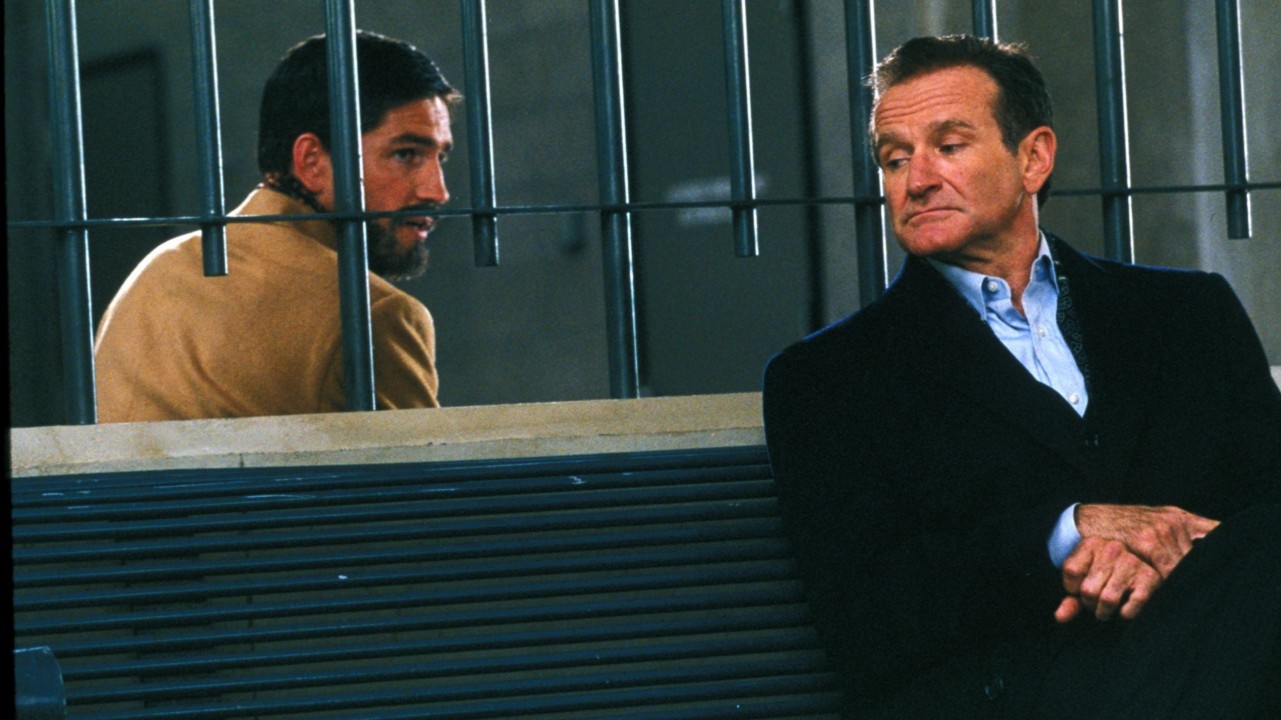 Exactly that is what you will say to yourself, once this film ends. Is that it? Really? Even my girlfriend, who slept through most of it, woke up, I briefly caught her up on the story, so she could finish it with me, felt underwhelmed. And to be fair, she said it first, while I was quietly thinking: “Well, that went nowhere.” It’s a paradox, that a film, that is essentially about editing, could 100% use a better cut.

Since The Final Cut is not a well-known film, let me describe it in my own words. In the not too distant future, there is this implant called Zoe (which means something, but I do not remember what exactly and I am too lazy to look it up for such a mediocre film), that records everything you do. And once you die, your family can hire a cuter, who extracts the implant, discusses with them what should be included in your “highlight” video and cuts your memories into a nice video. This leads to people sanitizing their lives, where somebody is remembered more fondly than they were etc. And the main crux of this film is one of the company executives, who was behind this implant, dies. And he’s the first one who can have this video done at the request of his widow. Except, he also was a bad man, so the anti-implant groups want to get hold of his implant, to showcase him, for who he truly was. On top of it, our main hero Robin Williams is dealing with his issues, where he thought he accidentally killed a kid he briefly met when he was a kid. Except he discovers that he might not have…

It sounds intriguing, doesn’t it? That is what I thought too when the movie started. Plus, Robin Williams is the main star in this not comedic film, and I know he can do drama, so what can go wrong, right? Well, nothing really went wrong, it just went nowhere. The movie touches on a few things (morality of sanitizing memories, is it right to have implants like this at all if some people might not know you are recording them) and does some interesting stuff with the premise, but overall, when the movie finishes, you can’t help but feel… underwhelmed.

Let me start with the things I liked about this film – the main idea and the world built around it was done well. If something like this existed (and to be fair, the sentence should probably start with “when”, not “if”, as I honestly believe it’s just a matter of years) there would have been anti-implant groups. There would be debates (and valid ones, might I add) on this topic, how right or wrong these are. What I also liked is how throughout the film, they show you people with face tattoos and it’s only explained towards the end of it, that those aren’t just normal tattoos, but they are special (can’t remember the explanation, I believe they were somehow electro-magnetic?) tattoos, that clash with implants, so those people won’t get recorded, even if they talk to somebody who’s got the implant installed. I liked how the movie didn’t tell us that straight away.

I can’t discuss the rest without going into spoilers, so…

Let’s start with the accidental murder of the child. So, you can tell Robin’s character is haunted by this, as he believes he was responsible for the death of this kid. He tries to make everything as right as possible, living his life and effectively punishing himself for that. That is until he thinks he might have seen him on his client memory implant. But you know how he noticed him? Because when they were children (and most of the story takes place about 40/50 years after that incident, which is a crucial detail) the kid cleaned his thick glasses using his t-shirt and the guy in the “implant memory” also has similar glasses and is also similarly cleaning them! Yes, I am serious, that is how he recognizes him. Because of course, there isn’t a chance that more than one person could have had thick glasses, which they clean using their t-shirt, no way. You know when movies ask you to swallow some bullshit just so they can start the plot? Yeah, sometimes, it’s a lot of bullshit to swallow, and I honestly can’t remember the last time a movie would ask me to swallow something that would be as laughable as this one. Not only the fact that he would remember that one detail after 40/50 years after, but the fact he thought it might be him purely based on that act alone. Jesus-tap-dancing-Christ.

Another thing that bothered me – the movie teases a lot but doesn’t deliver on almost anything. For example, Mira Sorvino is playing Robin’s kind of girlfriend, who is only there to show us, how deep in his work he is. Oh and, she also destroys the most important implant of his career. That only leads Robin’s character to reveal that he also has an implant, which he knew nothing about, which of course, goes against the rules, as no cuter can have this implant. That gets him into some issues, but kind of fizzles towards the end too?

Now let’s talk about the ending, where Robin gets killed and afterwards, we see his protégé (Jim Caviezel), who wanted the implant to expose the powerful executive, how he is cutting Robin’s implant. And since we never got to spend time with his character, we only got a few lines about their friendship, it just fell flat for me. Yeah, I understand the story comes a full circle, he promised he would never cut again, but for Robin, he will make an exception… I get it. I truly do. And that might be the most disappointing thing about this movie.

This is why the movie feels underwhelming, not because the elements weren’t there, but they haven’t been executed in such a way, where it would hit you. Robin’s story, where he is looking for redemption, only to discover he never killed anyone, feels hollow, as the guy died on his own a year prior. His character having an implant (something forbidden in his profession) could have also brought more drama, yet it didn’t. Even his relationship with Mira Sorvino or Jim Caviezel both felt unexplored. This entire film felt like it was going someplace really promising, only to leave you hanging towards the end, without any hint of resolution.

Overall, The Final Cut is the type of movie that we should be remaking. Because as mentioned before, all the elements for a great story are here. The topic is great and can be explored further from several angles, it’s a story that’s not told as often, so it could stand out, even in today’s world full of “content”, and most importantly, this might be better as a limited TV show. It doesn’t even have to have eight episodes. I can see maybe three or four one hour, or possibly an hour and a half episodes, where we get to know the characters, explore the morality of this Zoe implant, deal with the past mystery and also focus more on the main crux of the story and I think we could have something great on our hands. But as it exists now, it feels like an unpolished diamond. You know something is there, but you need to let talented people near it, as those usually make it shine the most.