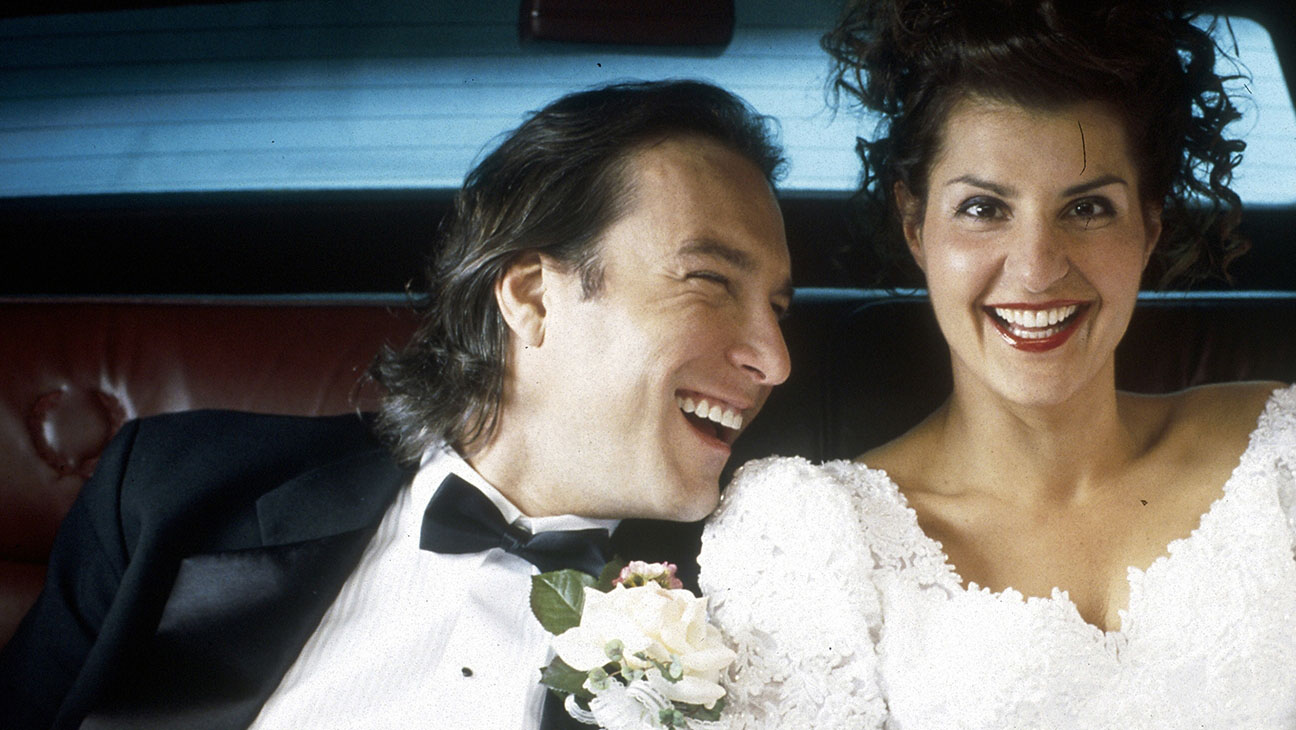 Believe it or not, this movie kept avoiding me. I’ve heard about it ever since it came out, how great and funny it was. But for whatever reason, I have never seen it. Until a couple of days ago when I finally corrected that mistake. Let’s be honest, romantic comedies can be great, but most of them are not, as they fall into the same traps over and over again. For example, two beautiful people, who are clearly meant to be together, are fine for most of the film. Until there is a usually simple misunderstanding or a conflict, that in the real world would have been resolved within a five-minute conversation. And then, there is the big romantic finish, where everything gets cleared up again. Wash, rinse, repeat. That is why I was so pleasantly surprised with this film, as it did… none of those things.

My Big Fat Greek Wedding is first of all, really funny. The genius of this film is simple – you don’t have to be Greek (even though every word can be traced back to the Greek language, did you know that?) to spot some of your family members in this film. I am originally from the Czech Republic, and even I could weirdly relate to how certain family members were portrayed. Loud, well-meaning, but sometimes awkward, not comprehending what the meaning of “vegetarian” is. The movie had me on board from the very start is all I am saying, as I could understand where everybody was coming from. And what’s more, all the actors did such a great job, they felt like a family.

And that is because of the superb script, written by the main star of this film – Nia Vardalos. Yes, she didn’t direct this film, but you can tell this basically “directed itself”, as this is a movie where the script reigns supreme. Nia obviously took a huge chunk of inspiration from her real-life family. But she wrote the script so eloquently almost anybody can spot at least one of their family members on the screen. And that’s not that hard, given how big the movie family is. She somehow managed to do, what other writers go for, but often stumble on. The golden rule of writing is “write what you know.” But a lot of time, people tend to write about everything they know and not trying to adjust certain aspects of the story or characters to the outside world to make it more “universal”. That results in unique movies, which have their unique voice, yes. But since you can’t relate to the characters or situations the characters are in (because it’s the writer’s world, not yours), it doesn’t connect with you as much Whereas this film and screenplay did this perfectly, as from the title it might seem this is a “Greeks only movie”, but it’s anything but that.

Another thing I truly appreciated about this film is how it doesn’t fall into the same traps I have mentioned prior. There isn’t any pointless argument between our protagonists, no drama, that would be there just for the sake of it or to give the movie some “stakes”. No, quite the opposite, every time you think: “I see, this is the time where XYZ happens”, as seen in countless romantic comedies before this one, it never happens. For example – the movie sets up a couple of situations where John Corbett‘s character is teased about him going along with everything Nia’s family wants him to do. Any lesser movie would make this into a conflict, but not this one. He is mesmerized by her, and he understands how important her family/heritage is to Nia, so he goes with it, being a supportive partner. And that was so refreshing to see.

The movie also comments on the struggle of immigrants and their children (first generational Americans in this case) and how much the parents had to sacrifice to get where they are and to secure their children, to give them a better life. But again, this was done subtly. The movie isn’t “shouting it from a rooftop”. I have also liked how the film deals with the sense of identity. Acknowledging where you come from is important, but you also need to consider where you live. You can’t stay in your “bubble” forever, you need to experience new things, cultures etc. I can relate to that, as these are not things you would often find in romantic comedies.

Overall, My Big Fat Greek Wedding is a bit of a miracle in the moviemaking world. Notoriously, it’s one of the most successful movies of all time, when calculated for the budget/how much the movie made ratio (the budget was $5 million, and it went on to make almost $370 million globally). I couldn’t be happier it happened to this film. But don’t get it wrong, this wasn’t a coincidence. Part of me hopes that people back in 2002 recognized this movie might not be the best one ever made, but it was (and still is) sincere, funny, intelligent and avoids the stereotypical pitfalls of the genre. After all, many romantic comedies get nominated for the best original screenplay at the Oscars. And deservedly so. I put this movie on to relax, and have a good time and I got exactly that and much more. If I truly wanted, I could probably nit-pick a few things, but I can’t. For me, this is one of the best romantic comedies I have seen in a while. It also goes onto my list of top comedies to watch if I need to cheer up.