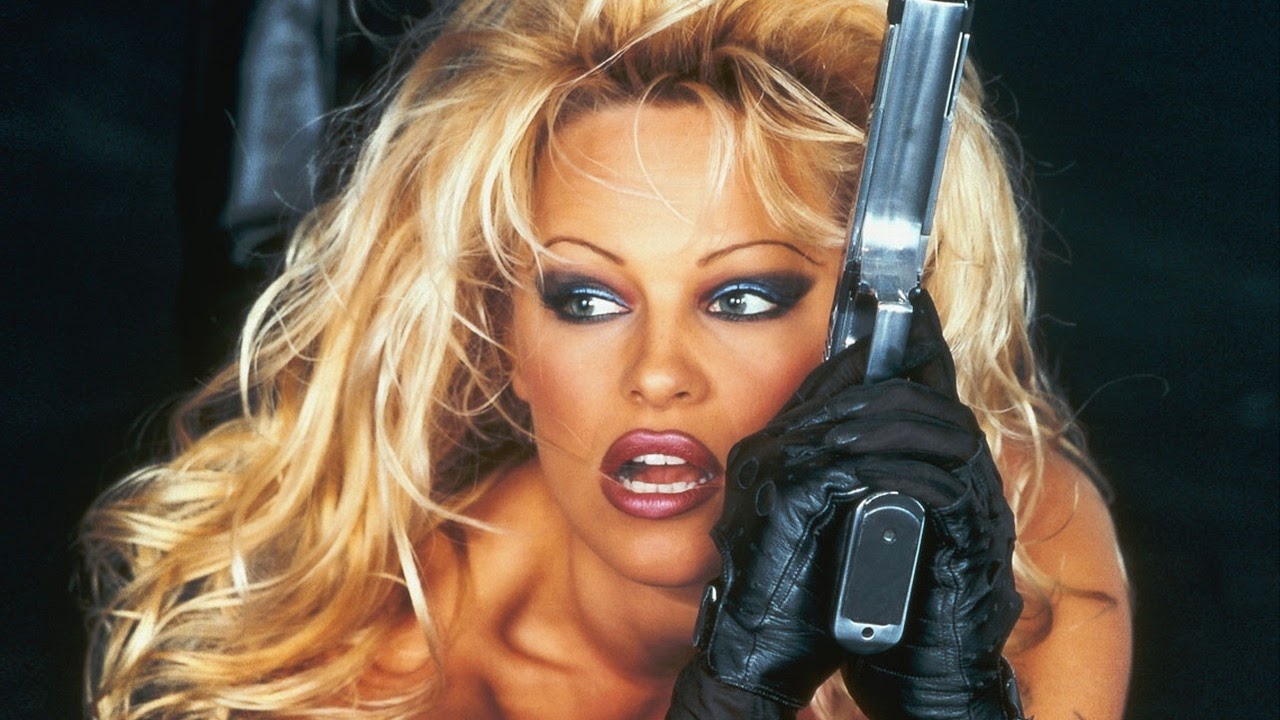 Before I sink my teeth into this masterpiece, I need to explain something. As a child of the ’90s, tiny Luke was growing up without the Internet. So the only source of some excitement was the TV, which I fell in love with (and that stayed with me ever since). And on that TV, there was this TV show, pretty popular at the time, called Baywatch (1989 – 2001). I am not saying I was an avid fan of this TV show, but I have seen some episodes, and this is where my crush on two ladies started – Pamela Anderson and Carmen Electra. When you say “90’s symbols”, those two names always pop up in my mind. And to this day, I have a weak spot for both. That brings me to Barb Wire.

I went into this film expecting nothing but a cheesy, guilty pleasure of a movie with Pamela in her prime. And various outfits, that would… look pretty great on her. I was ready for something unwatchable that will be objectively bad. And to my surprise, it wasn’t THAT bad…? Don’t get me wrong, you are not about to read a review, trying to say: “Barb Wire is a forgotten masterpiece, here’s why we should all appreciate it more.” No. This movie is everything I have named – dumb, cheesy, objectively bad. But, it doesn’t take itself too seriously. The pacing is pretty great (it never feels boring) and most importantly, towards the end, the action sequences are not bad. Respectively, I have seen way worse action scenes in much better movies.

Even though I have just admitted my weakness for the one and only Pamela, I will be the first to say she isn’t a great actress by any stretch of the imagination. Even in her movie, she seems to only have three “modes” – mad, sexy and both of the above, at the same time. Sometimes, her line delivery was just plain cringy. And yet, even she, deep down, knows that. And that allows her to be above it. She doesn’t take herself too seriously, so it almost feels like she’s in on the joke with us. At least, that is how it felt to me.

What the movie got (surprisingly) right was that in 2017, America would be divided. And there will be “the second Civil War”. Ok, maybe they are not in the war literally, but if you switched on the news in the last five years or so, you need to give it to this film as they were right about something… kind of. 😉

And yes, you do get those laughable scenes, like having an exposition title screen in the beginning only to have a character in the movie repeating pretty much the same things later on. You know, for the people in the back, who didn’t get it. Or some action scenes where Pam should be kicking ass, but she’s doing it in some giant heels. I am not saying it’s impossible, all I am saying is it would have been way more difficult to kick ass in heels. But this kind of criticism (albeit valid) is misguided. To me, if you see a poster for this movie and don’t expect scenes like that in it… that’s like being mad at a toddler for not doing anything but sleeping, eating and shitting. That’s what they are meant to do!

Because that’s the thing about Barb Wire. Yes, I could make a PowerPoint presentation with thousands of slides, detailing point by point, why is this a bad movie. And all those points would have been valid. But these bad movies to me, live or die not on “objectivity” (because if I was truly objective, I would have to rate it the lowest mark possible) but on the entertainment level. How paced they are, how funny (intentionally or unintentionally) they are, will I remember the film a year from now? But most importantly, have I suffered while watching?

So, since we’ve established Barb Wire truly is a bad movie, let’s answer the questions I posed earlier. The pacing of this film is superb. There isn’t anything worse than a bad movie that also feels like it’s taking its time with every single scene. We all have been there you are watching a film, that feels like four hours when in reality, it’s only 80 minutes. This one luckily doesn’t fall into that category, as it flows quite well, I have never felt bored. I have laughed (to clarify, chuckled) throughout most of the film. Thinking about how the ’90s were truly such a unique decade for movies, where almost anything was possible. Just think about this movie that’s based around Pamela kicking ass while wearing pretty tight outfits. When comes to my other questions, yes, mainly because of Pamela and some bad line reading, I will definitely remember this film a year from now. And have I suffered while watching this masterpiece? No. I had fun with it, as I’ve accepted the film on its level. Now, am I saying I will be in any rush going back to it, “study” it further, to prove it’s not a lesser movie that just put one of the hottest women of the ’90s in some sexy outfits and called it a day? No, I won’t be rushing back. But at the same time, I don’t regret watching this film. Yeah, life works in mysterious ways.

Overall, Barb Wire is one of those movies that surprised me. Not by being better than expected, but by simply being watchable enough, where I had reasonable fun with it. The movie is a crazy fever dream of some executive who was also high on cocaine, no doubt about that. But at the same time, it’s not trying to be anything more it seemed fully aware of what it is and mainly what it isn’t. The pacing was decent, and some action sequences towards the end were even entertaining enough. If you don’t have a weak spot for Pamela (like me), deduct a star or more from my rating. And yes, my rating is probably a bit too high and does not truly reflect the “quality” of this movie, but again. Barb Wire is a “good” bad movie. It’s only up to you how much you enjoy these types of movies.