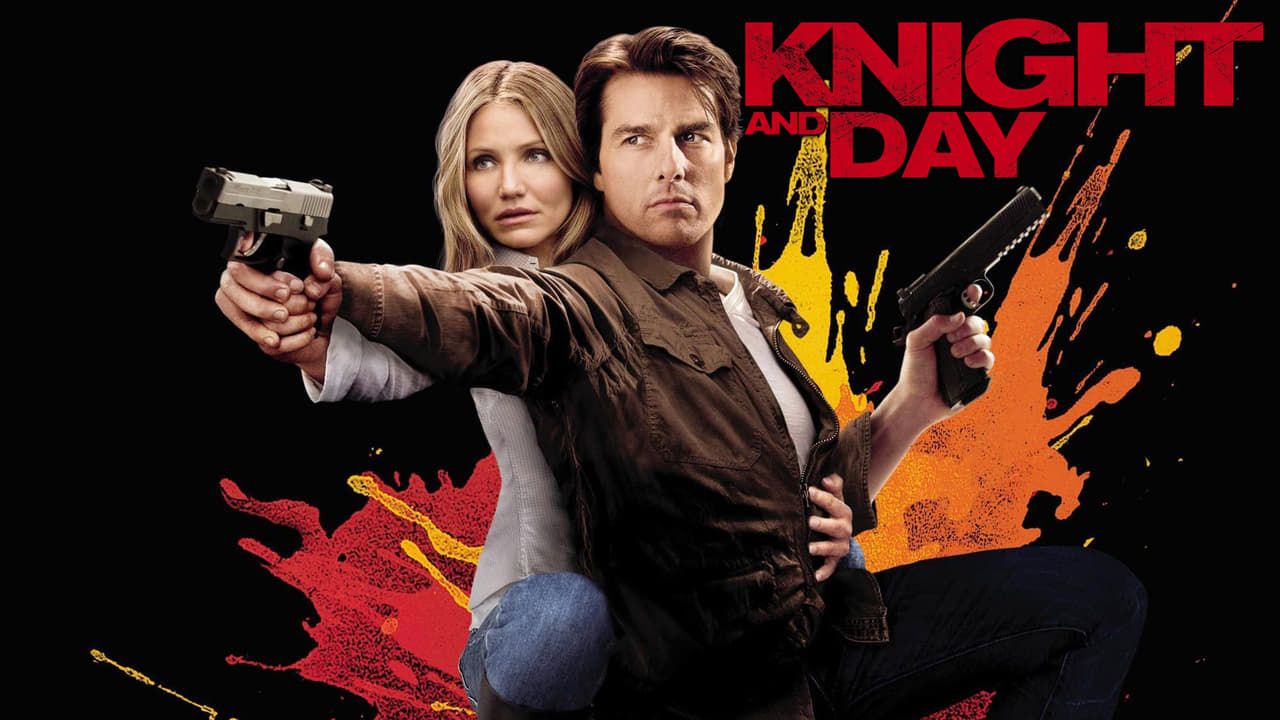 I need to start this review by acknowledging my bias here. I have always loved Cameron Diaz. She has always been one of those actresses who was typecast (pretty, usually dumb blonde). Therefore, she wasn’t given the best roles to prove her talent. But she managed to have a great career, and I miss seeing her on the big screen. What I wouldn’t give to see her in a new movie. Anyway, this has been addressed, we can move on.

Knight and Day is the perfect example of what many action comedies go for, but plenty of them don’t succeed. They mix a great action with humour that’s not awkward or dumb or “proven hit” of the last couple of years – they don’t feel the need to shout jokes at us. While re-watching this movie, I have noticed how surprisingly “calm” both actors are while delivering most of their jokes. It’s a shame that this even needs to be said, but have you see a comedy nowadays? It is pretty clear somebody in Hollywood thinks: “The more loud/shouty we can be, the more laughs we get!” And that ain’t it, chief.

What is also different about this film is that you can’t fully switch your brain off. Because there are a couple of plot points in the movie that keep you interested (who is Tom Cruise watching on his phone, is he a good guy or a bad guy, what side is Viola Davis on…) and guessing. Sure, can you safely guess most of these? Yes. But the movie is at least trying to give us more than yet another “switch your brain off” action-comedy with two big stars.

Here the thing – I like this movie, mainly because it has Tom Cruise. What that means is, it’s not a secret that he does his own stunts. That inspires more people around him to try to do as much of their stunts as possible. And that is when we get an action film that doesn’t have to be cut to death. Yes, Knight and Day might not have the same big stunts/set-pieces as Mission Impossible franchise, but it still has a lot going for it. And when you don’t have to cut around stunt people to mask the fact the actors were on their break, not in front of the camera, your action scenes look better, plain and simple. I have talked about this before – I understand why they do it and how I can’t blame anybody who doesn’t want to do their stunts. After all, we all can’t be Tom Cruise. But all I am saying is, it makes a difference.

Another aspect this film has going for it, Cameron and Tom have chemistry. But not just “the one” chemistry, where you can see them being together, but they are both playing off each other perfectly. For most of the movie, Tom is the level-headed one and Cameron is the “fish out of water” character. But the film manages to turn this around too and give her a few things to do too. And since Cameron isn’t shy about action, it comes naturally to her, and you believe her when it’s her time to kick some ass.

This film also feels big in scale – plenty of different (real life, not just green screen) locations, a bunch of set pieces, so the movie never feels stale or slow. It almost felt like the Energizer Bunny, it just keeps on going and going and going… Who also surprised me (by appearing in this for a few minutes) was Gal Gadot before she became “the Gal Gadot”. In here, she’s got almost a cameo role. It’s funny to think that now, she is a much bigger star than Cameron and on the same level as Tom Cruise, at least when comes to being recognizable.

Overall, Knight and Day is just a simple, fun movie that doesn’t pretend to be anything else. It’s a funny action-comedy with two big stars, who play well off each other, have chemistry between them, so you are on board with their team-up. It also tries to give you something to think about, as it doesn’t want to be just a dumb, fun movie. Which is something I always appreciate. I honestly miss movies like this. I miss movies that realise what they are without going over the top with everything in them, you can still enjoy them. Even though there are things in this film that are unbelievable at times, they always tried to ground them in reality. If you crave a fun summer film with great casting, decent action scenes and some laughs, try this film.