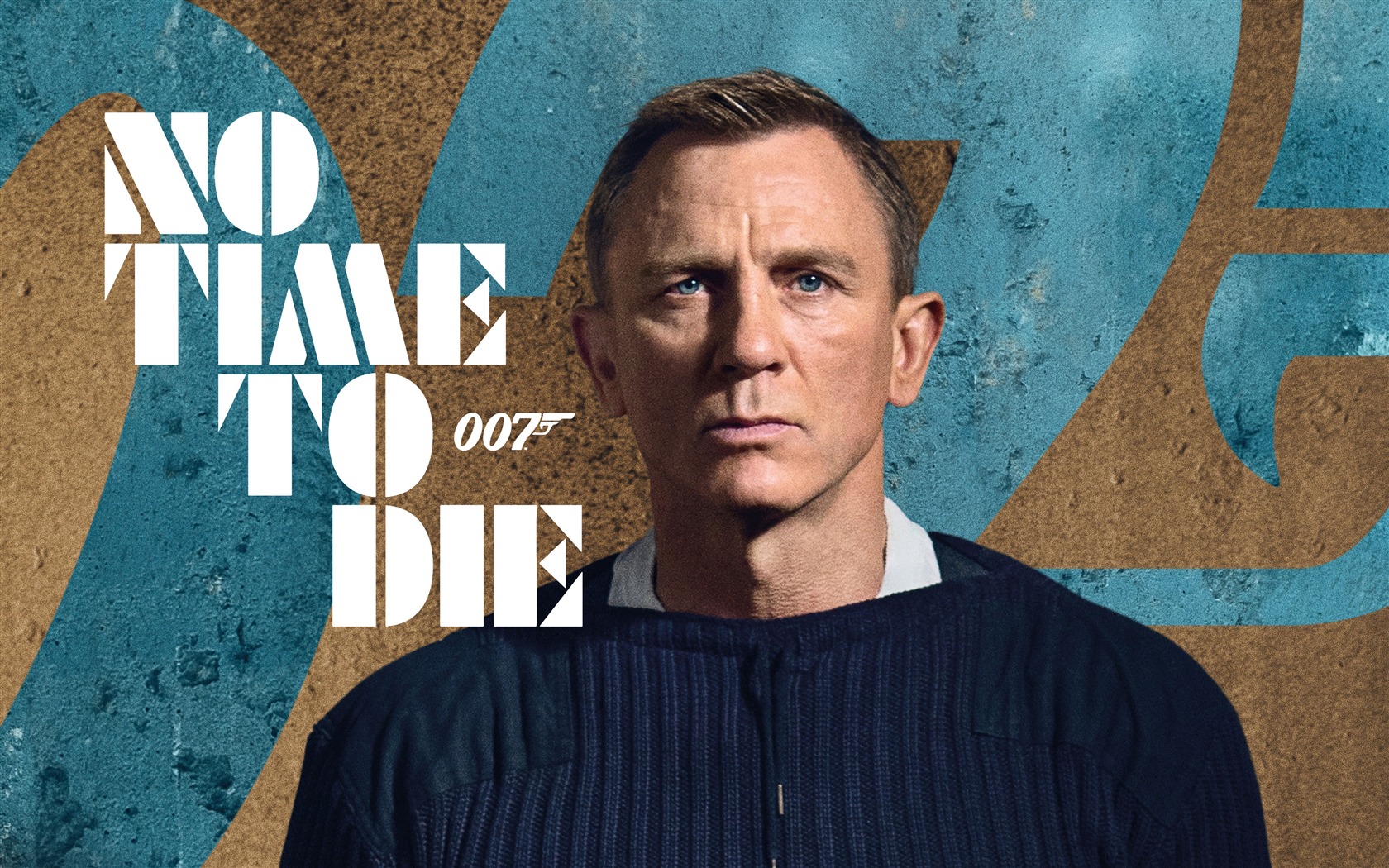 Everyone, who has ever talked to me about the Bond franchise, knows where I stand on Bond actors. I have always said that Daniel Craig is a great actor, but I didn’t like him as Bond. My argument always was that he looks too “Russian”, too cold for this spy. To my surprise, he’s grown on me, especially in this film. It wasn’t a big surprise for anyone when it was announced that No Time to Die would be his last Bond film. Because let’s face it, he’s getting there, age-wise. And before people start coming after me, that is what he said! If I looked like him in my early 50s, I would be delighted. But being Bond, staying in shape, shooting actions sequences takes its toll, so no wonder there will be somebody else. And if you need to finish, you should finish on a high note and boy, did that happen here.

No Time to Die is by far my favourite Bond film of his, even though I still haven’t seen Quantum of Solace (2008) or, and this might surprise some movie people, Skyfall (2012). But one of my movie goals for the year 2022 is to finally watch all the Bond films, starting with the early ones. But back to this film – I went into the cinema with some expectations – I knew this would be his last film, I knew the cast, I knew it’s a long film (2 hours, 43 minutes to be exact). But nothing else. And you know, I was slightly worried – again, he was my least favourite Bond, so to watch him for almost three hours, this might have gone badly. But I enjoyed this movie so much.

I enjoyed the beginning scene, which features no Bond, but we get to see Léa Seydoux‘s backstory, which, of course, will be crucial for this film later on. I loved (am I the only?) the Billie Eilish song. I loved seeing the name Phoebe Waller-Bridge as one of the screenwriters (only the second woman ever to be involved with a script for a Bond movie!) on this film. I loved the director Cary Joji Fukunaga, who understands how to stage action sequences, and here we get several set pieces. But each one felt different, which is the ultimate compliment. Some screamed “pure Bond” (like the armoured car in the beginning), and others were almost “Rambo like” (Bond in the woods, where he needs to rely on his wits and not just guns to survive and take his enemies down one by one). But the highlight for me came towards the end of the film. And this is no spoiler, at least not yet, where Bond is fighting/shooting his way towards the top of a tower. It’s all done in one, unbroken shot that might have had one or two “cheating” edits, but the entire sequence seemed to have lasted for a few minutes. Well done, sir.

But where the film won me over were the story and performances. Starting with “tinier” ones, like Jeffrey Wright to Ana de Armas. Don’t let the marketing fool you, she is in the film for about 15 minutes. Nevertheless, they were all great. But the heart and soul of this had to have been Craig and Seydoux. For them to sell the story, this movie decided to go with you have to believe both of them. This is where I need to delve into spoilers because there is no other way to talk about this, so…

I have yet to watch all the Bond movies, as alluded to earlier on in my review, but if I am not mistaken (and please correct me if I am mistaken), this is the first time James Bond not only becomes a father (well, at least officially, who knows how many children he would have had over the 50+ years of his career, had he been a real person) but, more importantly, dies. And I mean no fake-outs, no chance of him surviving the blast, he’s finished. Before appreciating the actors, I need to mention the story.

I liked the fact how sneakily they alluded to this throughout the film, the whole back and forth with Lashana Lynch (who is the new 007, but not really, as she gives up the title the moment Craig is officially back working for the MI6) about how 007 is just a number. Therefore, it’s not “entangled” with the name James Bond, at least not in their (movie) world. So this will give the creators a nice, clean slate to take this franchise to new heights. Now, let’s talk about him being daddy Bond. I think that’s precisely, what I needed to connect with Craig’s Bond, as he always seemed too “cold”, even in moments where he wasn’t supposed to be. The fact he has (well, had, RIP James) child with Léa’s character, and how we were shown throughout the movie his genuine care for both of them, made him more human. And allowed Craig to ground this Bond in reality.

Yes, this is the part where I will praise them both. Sure, this movie has a lot of great supporting actors (I’ve already mentioned three names, but could mention pretty much anyone else involved), but, for the lack of a better word, the heart of this story is Léa and Craig and their relationship. That might sound weird because that is not why you’d usually go and see a Bond film. But it works. It simply works wonderfully with everything they set up in Spectre (2015), and it pays off here. Showing us how important especially Léa’s character is to Craig’s. And once he discovers he’s got a daughter…

If I had to be picky, my only gripe with this film would be that the technology seemed like something from a proper sci-fi, rather than a James Bond film. Yes, I am talking about the technology that kills anybody you program it to based on DNA. And how that technology is used against Bond at the end. But I understand that when comes to this franchise and technology, Bond films were always out there. So I can’t fault it “properly”.

Overall, No Time to Die is a perfect goodbye to Daniel Craig. He was somebody I didn’t care for when he started with this role. But I grew to appreciate him now 15 years later. A massive part of why I changed my opinion of him so much is because of this farewell piece. I have never felt this movie’s length, and again, it’s almost three hours long. That alone is saying something if a film can keep you interested for that long. It’s also packed with superb actors, sharp and quick screenplay and directing, close to perfection. I wouldn’t mind if Cary got an offer for the next Bond because I was impressed, mainly with the action sequences. If you consider (and feel safe) seeing No Time to Die at the cinema, I would strongly recommend it. It was a great time.