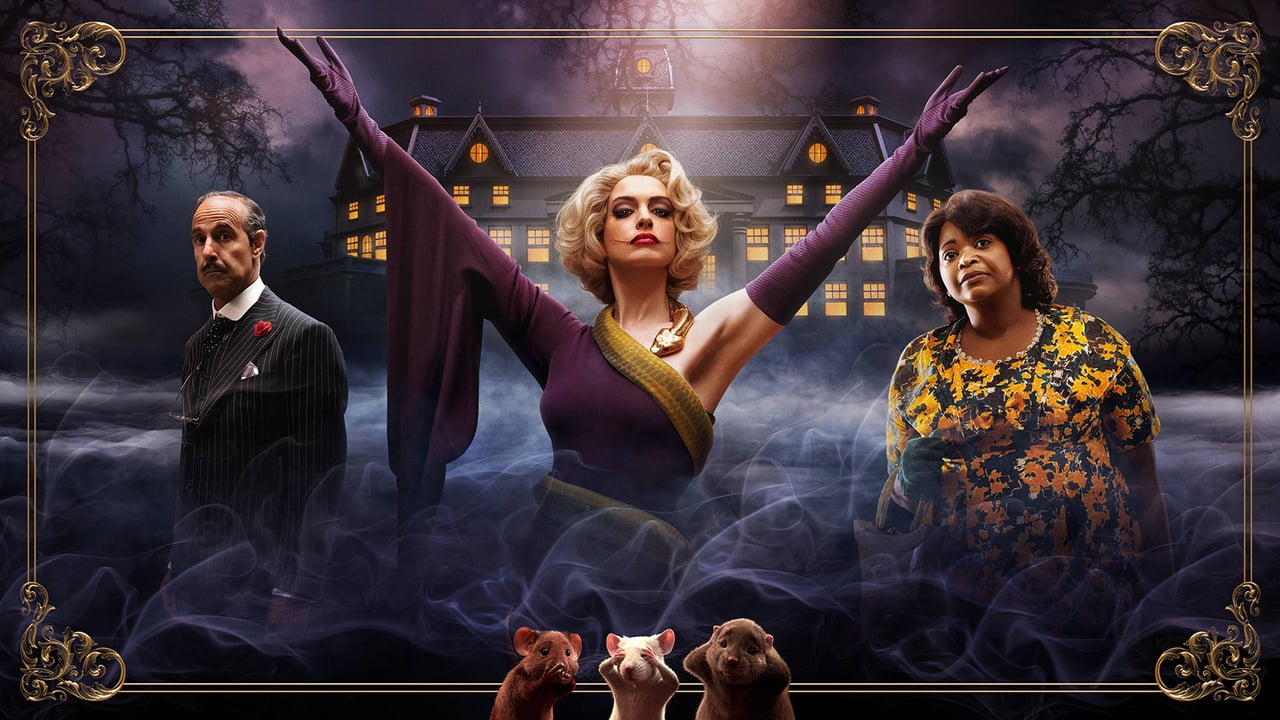 I knew very little going into this film. I have only seen bits and pieces of The Witches (1990), so I can’t compare them against each other, but this new one was… really bland. My biggest takeaway from this film was that I have no idea, what to expect from Robert Zemeckis, as I can’t think of any other modern director, who is so “hit or miss” for me. Because he’s made his fair share of great movies, but lately, he’s been experimenting and re-doing movies that didn’t necessarily have to be re-done…? This is how this film felt to me, like something that didn’t have to be re-told.

The Witches is a film that should be at least above average, considering the pedigree behind it. Just think about it, we have already mentioned Zemeckis, who managed to get Anne Hathaway, Octavia Spencer or Stanley Tucci to act in this film, just to name the main cast. But even two out of those three usually reliable actors didn’t fit in this film.

Let’s start with Octavia Spencer. She is a treasure and the best part about this film. It is that simple. She holds this film together, she is the glue that is needed here, and she nails her role. You would think Anne Hathaway would be the highlight, given she is the main witch in this film, you know, the show-stopping role. Or at least, it should (and could) have been. But no. I don’t understand whether it was her, who decided to portray her character like that or the director, but it felt flat, monotone and over the top and not in a good way. I think the most annoying thing about her character was that awful accent. I kind of understand what she was going for, but sometimes, less is more. She was trying to give us 110%, but sometimes, it’s fine to “just” give us 80%, especially when you are supposed to be the diabolical villain. From the little I have seen of The Witches from 1990, Anjelica Huston seemed to nail that character. But again, I didn’t see it in its entirety, so I can’t give you a fair comparison. All I know is I have seen this movie in its entirety, and as much as I love and adore Anne Hathaway, this performance was a pain to sit through.

I wish I could say something about Stanley Tucci, but I can’t because his character has nothing to do. Usually, these smaller but somewhat important characters can be scene/movie stealing, but not in this case. And again, we are talking about a more than capable performer. Stanley is one of our finest actors. This honestly makes me think it wasn’t Stanley’s or Anne’s fault, but rather the director’s…? It genuinely felt like Octavia is in one movie, and those two are in a film of their own.

What I appreciated, and since I haven’t read the book, I don’t know whether to give the movie credit for this, is the movie avoiding the “guardian of our child hero dies” trope. When Octavia’s character coughs throughout the movie, and it’s hinted that it might be something serious than your common cold, I was afraid of this trope. Luckily, the film manages to avoid it, so at least, in the end, I was happy with that. I wish I could say that about more things in this film.

Also, the movie drags on quite a bit. This is yet another example of “less is more”, where if you were to trim a couple of minutes from the beginning and a couple of minutes from the end, I think the movie would have worked much better. The more I think about it, the “less is more” could be applied to every aspect of this film – from the performances to the runtime. It seems this movie wants to be this fancy, epic tale of witches. But the result is just an “ok” movie you won’t remember much from a few weeks after seeing it. I am talking from my personal experience here.

Overall, The Witches is a weird one for me. The movie is full of talented people I admire, yet it fails to be anything more than the most stereotypical, average movie you might see. The only person, who actually shines and holds this film together, is the always spectacular Octavia Spencer. She plays a grandma everyone wishes they had. If only the rest of the film would get on her level, then I would have had a much better time with it.