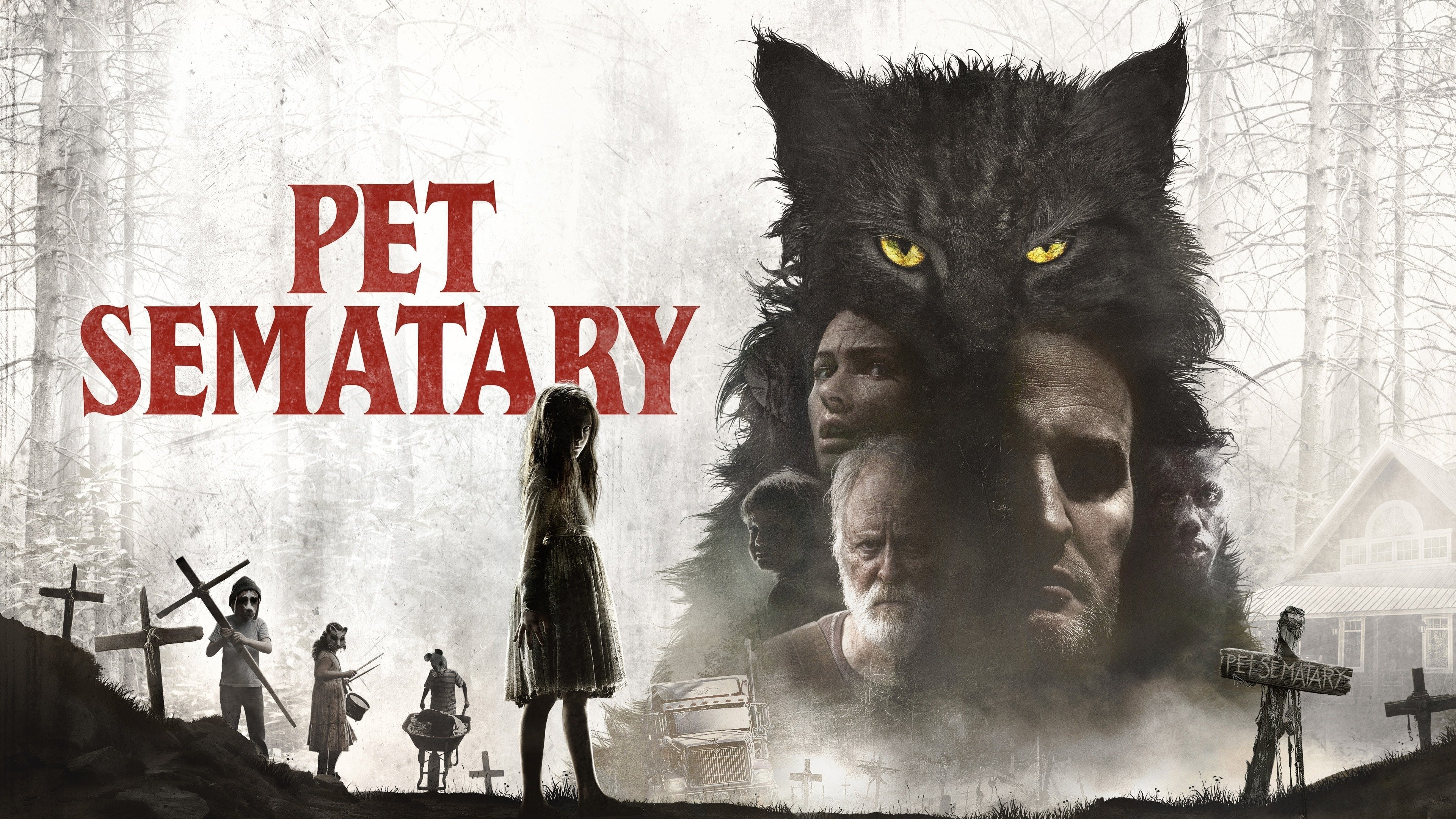 There are cases where remakes improve upon something the original film was lacking. Like acting performances, better effects, a new way of telling the story, giving it a fresh, new perspective. And then, there is this remake that changes one minor detail and calls it a day. And it doesn’t have the balls to go all out. Welcome to the new, sanitized Pet Sematary. Don’t stay for too long. Trust me it isn’t worth it.

Where this remake is better, no questions, are the performances. Everybody from Jason Clarke to young Jeté Laurence they were pretty great. Too bad the rest of the movie didn’t catch up to their standard. As a person who watched the original Pet Semetary (1989, my review here) shortly before watching this film (because that’s how I try to roll), I can compare and see how different people approach the same story. And here, it is fascinating how they managed to take a great premise and put it through something I call “2010’s horror filter” (trademark pending). What is that? I am so glad you asked. The problem with most horror movies nowadays is simple. They all look the same, they all feel the same, they all rely on the same cheap jump scares. Once you see a couple, you have seen them all. I have always hated jump scares because, for me, it always felt like cheating. Imagine if a stand-up comedian tickled you after every single joke. Not only it would be weird, but did you laugh because they tickled you or because the joke was funny?

If there was a story that lends itself to a creepy, unsettling atmosphere, you could build up throughout the film and escalate towards the end, it was this one. But no, what we got instead is the same old stuff. Except here, the people behind this remake have made some changes… well, one major one and one minor one. To talk about them, you know where I need to go, so…

The first thing they changed was who died. It’s not the son but the daughter. As it was easier since she’s played by an older actress so they could shoot more with her. And also, avoid replacing her with a plastic doll, as the original film did. Ok, fair enough, but is that enough to warrant a remake? Nah. The minor thing they’ve changed, for almost no reason, is the neighbour and the entire storyline/relationship with the family. In the original, we see them interact and talk a lot, we see them bond together, so there was no wonder he would be there for them. Here, we pretty much skip that and see him sporadically. Plus, if I remember correctly, he is a bit of a dick towards Jason’s character, not telling him about the fact he will bring the cat back to life? See, it is such a forgettable movie I watched it only a few weeks ago, and now, I can’t recall a pretty crucial plot point. But I remember that bothered me, and in this version, he came across as more hostile.

But that is about it. The story plays pretty much the same, except what was only hinted at, at the end of the original (three not-so-dead people) this movie took and run with, so this film ends with everyone but the youngest son being not-so-dead, and they start to surround him. My main issue with this film is the following. They put this movie through the “2010’s horror filter” (trademark pending), and because of that, it has nothing going for it. There is no underlying creepy or unnerving atmosphere throughout the movie. There is no style. Yeah, there is the procession of kids wearing… I guess “creepy” masks, but that’s being “forcibly creepy”. What plenty of modern horror movies don’t understand is that oftentimes, the simpler you do things, the better the result. People don’t need to know everything. Sometimes all it takes is to hint at some things and move along.

I was going to call this movie “one of the worst remakes of all time”, but… As luck would have it since then, I have actually watched another horror film (original and remake back-to-back), where the difference between the original horror film and the modern remake is so striking, it made me almost sad. You will see those reviews soon. For now, I will give you a hint it’s a movie with a holiday season and a colour. 😉

Overall, Pet Sematary was a let-down. The only thing, which saves this movie from an even worse grade, are the actors. But even they don’t deserve to be in a remake like this. It’s as generic as they come, it wastes the delightfully creepy premise of the original film and tries to earn your respect with a bunch of jump scares that work for two seconds. I don’t think this is worth your time.