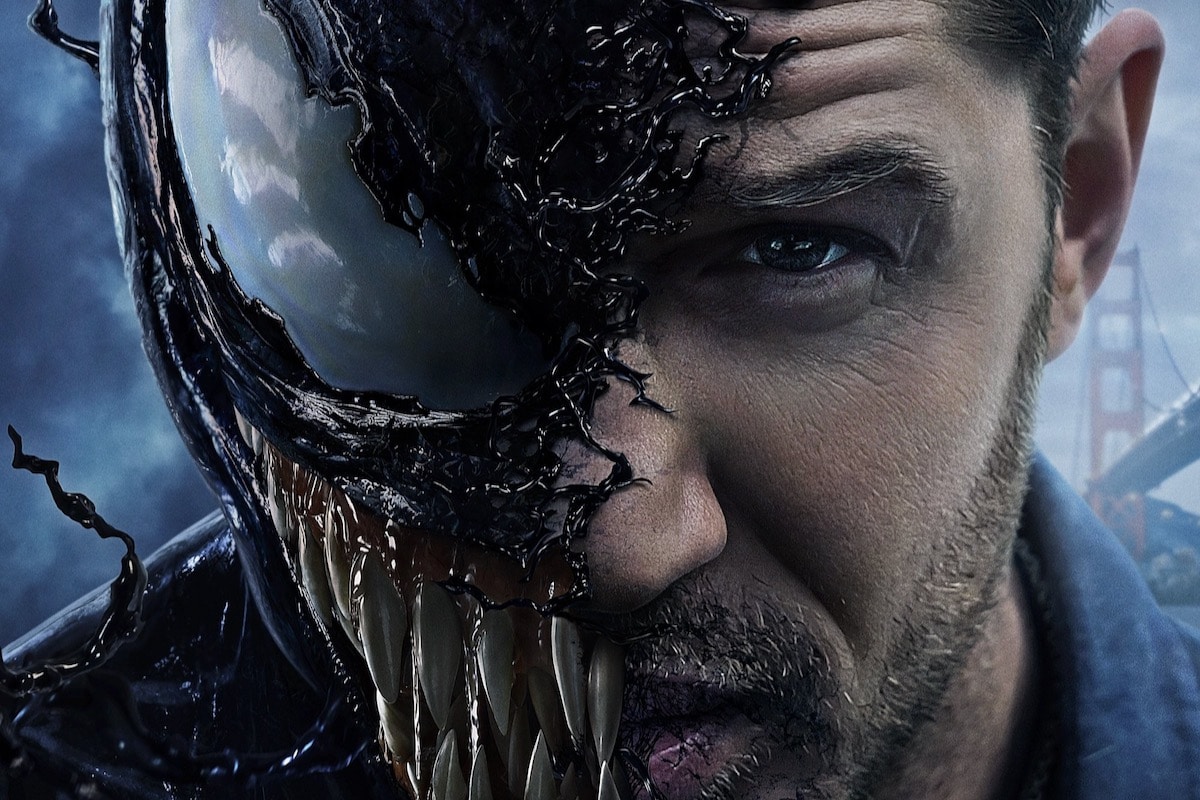 I won’t lie, I have enjoyed the first Venom (2018) film. I thought it was something new Tom Hardy fit the role perfectly, and overall, I had a pretty good time with the movie. Although I have to admit, I haven’t seen it since the cinema (I’ve rated it 8/10, or 4*). So of course, we (my girlfriend and I) had to go and see Venom: Let There Be Carnage (quite a mouthful) in the cinemas again, as she was with me the first time too. And I still definitely enjoyed myself, the movie is so short it doesn’t have the time to bore you, but I felt like something was… missing?

Venom: Let There Be Carnage takes what worked from the previous movie and rolls with it. I enjoyed how they approached Venom’s and Eddie’s (Tom Hardy’s character) “relationship” with his… shall we say “unusual body mate”? That was definitely the highlight for me, to see their chaotic relationship, how they argued all the time. But since Venom is inside his body/head, nobody can hear Venom, so everybody only responds to Eddie and how he is “acting out”.

The movie itself feels almost “half-done”. What I mean by that – it flies by really quickly that is usually a big plus in my book, but in this specific example, it felt almost too fast. Like there was at least an hour or two of footage left someplace on the cutting room floor? The main reason I felt like this was except for the Eddie/Venom relationship, there were no other characters we could care about.

And that is a shame, as we have Woody Harrelson as Carnage and Naomie Harris portraying Shriek (a character I wasn’t familiar with at all). And they both get the bare minimum of character development to get the movie moving forward to its chaotic action sequences. Some of these scenes felt like Andy Serkis (yep, THE Andy Serkis directed this movie) chugged some Red Bulls alongside his camera operator, and they felt the need to go fast. But what might work for “some” hedgehog called Sonic doesn’t necessarily work for this film. Because for us to care about this film and the stakes, we need to know a bit more than the bare minimum?

The other thing that disappointed me was the colossal waste of Michelle Williams and Reid Scott. Both talented actors, both came back, and they have been given almost zero things to do. Sure, Michelle’s character yet again needs to be saved (spoiler, but not really as come on!), and Reid’s there for about five to ten minutes to be the “character who can’t believe what’s happening around him”. If you know him from the show Veep (2012 – 2019), you know very well what he is capable of, and yet, here he is wasted more than a condom machine in the Vatican. And don’t even get me started on Michelle’s character… Why even ask her to be back if you weren’t going to give her anything meaningful to do?

I think that was my main issue with the film. It’s trying to be an action-packed cool ride so much, it kind of goes there, and it doesn’t bother with anything else. Sure, we spend some time catching up on Eddie and Venom’s dynamic, but other than those two (and those are the protagonists!), we have zero other characters to be invested in. That reminds me – Stephen Graham is also a superb actor who tried something here, and the movie hints towards the end at him being “the big bad” in the possible next film…? But do we know much about him, except his hearing loss due to him escorting Naomie’s Shriek character that one time? Nothing.

Look, I understand this is still a comic book film, and trust me, I don’t expect a drama with fully fleshed-out characters like from a Stephen King book, no. But would it help if this movie took the time to establish the characters a bit more? At least our main villain (I guess) duo? Absolutely it would. Because once the movie is over, you realise that you have enjoyed the ride, but the moment you start thinking more about everything you’ve seen, the more you realise the things that bothered you while the movie was happening. The film manages to distract you with CGI fight scenes almost every five minutes, not giving you a lot of time to think about anything. But eventually, you will think about this film. And when I think about the first Venom, I think about a movie that had some issues, but I overall enjoyed it. When I look back on this film, I can’t help but think that the ride was pretty thrilling, but it could have been so much more than just a cool ride.

Overall, Venom: Let There Be Carnage is a decent enough film. The movie is lucky enough they cast Tom Hardy, who does his very best to keep you entertained and makes you understand his character and at the same time can act this chaotic energy so well, it never becomes tiring. I liked the action scenes, albeit some were too chaotic and too “rubber looking”, but at the moment, you are simply along for the ride. But that is pretty much it. When comes to any great villains, any character development for our supporting characters from the first film, forget about it. It will be interesting to see what is next for this franchise (?) and what the future holds.