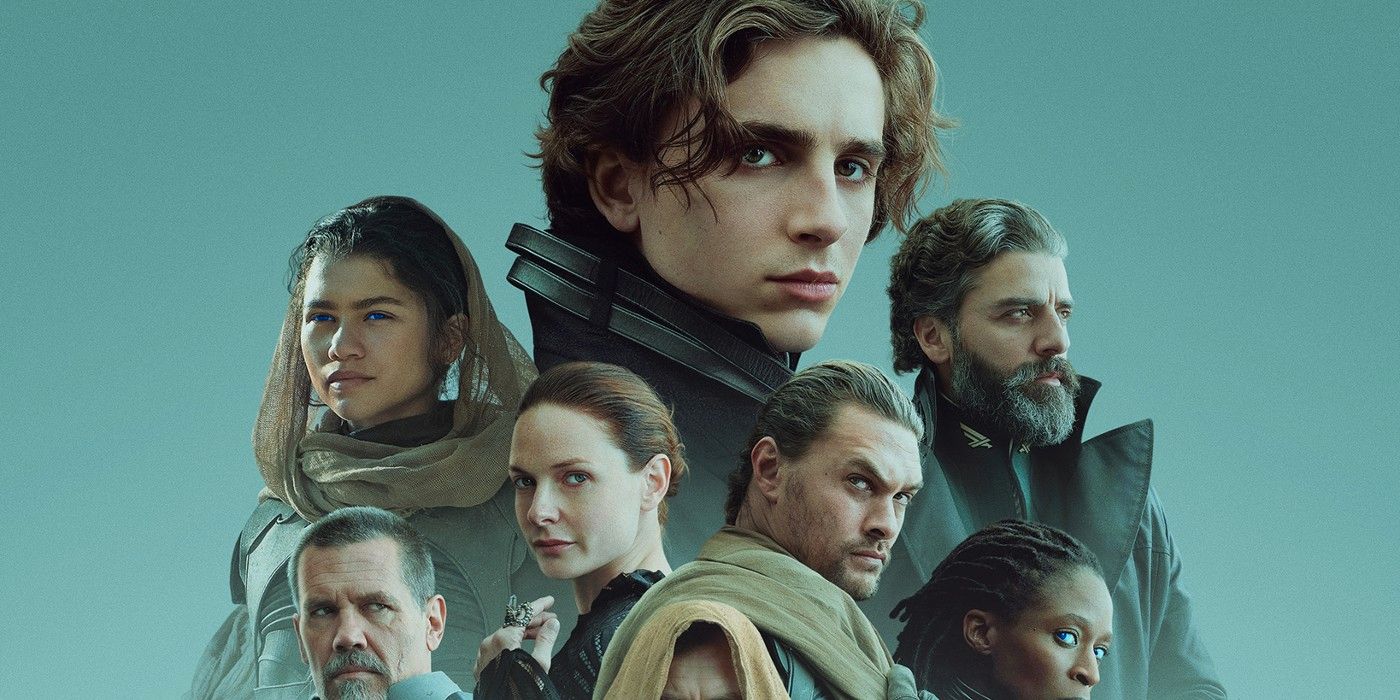 There is a lot that I can simply copy and paste from my review of the “original” Dune (1984, my review here). Well, I could only post the stuff I wrote regarding my experience with the story itself and how I’ve always heard about these books being so complex. Because, as you might expect, the movie versions differ a lot, quality-wise. But there is one thing both versions have in common – they have assured me that I need to read all the Dune books.

I won’t compare these movies “like for like”, as that would be like comparing Skoda 105 (my very first car) to Skoda Superb I have briefly driven due to it being my work car. Yes, technically, both should be comparable, as both have the same brand, but everything is so different given one car was made in the 70s/80s, and the other was 2020 make. There is no point in comparing. It wouldn’t be fair to either and would just waste my time and yours, so let’s talk about this version.

Dune is quite simply an epic masterpiece. Denis Villeneuve had an uphill battle from the very start. The moment he managed to make a name for himself with movies like Sicario (2015) or Arrival (2016), he made a sequel to one of the most classic sci-fi movies ever, Blade Runner (1982, my review here). And did it very well as Blade Runner 2049 (2017, my review here) smashed all the expectations and was a great film. But after doing that, he said he wanted to remake Dune. And so he did. I still remember thinking that even though I believed in him, I wished he would go to something original and not remake films that already exist. I am glad to say I was wrong, and he proved me wrong. Because he made this film in a way, there can’t be any discussion about the simple fact he was the one to film this unfilmable sci-fi.

It has everything trailers have promised you – talented cast, stunning visual effects, and mainly the movie feels epic. It has scope like not many movies, especially in recent years I remember. Every planet we explore in the film felt unique; the scenes from dessert felt like you were there. And the worms truly had the “awe” moment. That one scene where you understand how big these creatures can get. And I haven’t watched this in IMAX, as there is only one in Scotland, and I don’t think it would be wise to travel just now. But if there were one nearby, I would love to see this again, in IMAX.

I won’t lie, when I saw the runtime of almost three hours (155 minutes), I was a bit afraid of how well would this movie be paced and yet again, I forgot who I was dealing with here. Denis Villeneuve doesn’t make boring movies. The runtime was not only justified; it never once bothered me as there was always something happening on the screen. But don’t get me wrong, Dune isn’t some action-packed film, even though there are some great action sequences here. No, you are sucked into the world, into the story, the general “lore” of it so much, you wish it would be twice as long. And that made me think whether a movie approach for something as complex as this is the correct way to go.

Wouldn’t a TV show, where each season = one book, be much better? The technology is there now, and if Game of Thrones (2011 – 2019) proved anything, people would tune in if you give them a great story. No matter how complex it is or how many characters there are. If you make it intriguing enough, they will come. And subscribe to your streaming service, I guess. I am saying this as a person who thoroughly enjoyed this film. I wouldn’t be surprised if five or ten years from now, we would get this as a big-budget show.

Also, we need to mention the cast. I think that’s the only thing I would compare against the Dune from 1984. Minus the insanity of some performers (cough, Sting, cough), I would say that is the only thing both movies got right. I wasn’t too convinced with Timothée Chalamet in other films, but in this one, he fits right in. I thought he gave a very understated performance, where even though he is effectively the titular star, he is not the focus of the movie for the most part. As arguably, you get more time with Rebecca Ferguson and Oscar Isaac, playing his parents. And what a power couple. Rebecca yet again proves she is one of the leading ladies of the 2010s and beyond. Because her performance in this film just made me love her even more if that was even possible. The same could be said about Oscar “I am in every movie now, because I am that awesome” Isaac – we live in his era, where every time you see his name on the screen, you know that no matter the movie, he will always deliver. I have seen him in many films, and I have yet to see him fail. And something tells me he won’t. And together, they form a believable power couple, where he is the wise king who needs to have somebody on his level. It’s hard to talk about the rest of the cast, as most of today’s Hollywood stars are in this film, but I think you’d struggle to find a bad performance here. The only negative (from my point of view) is Zendaya being in the film for not even ten minutes. Yes, I wanted to see more of her. I understand her character will be more important in the already announced sequel (Dune: Part Two (2023)), but it was funny to see how many promos and trailers were focusing on her.

Overall, Dune was a massive risk to make, given the history with this property, given the complexity of the story, how many characters we need to keep track of, what house controls what etc. But somehow, Denis Villeneuve managed to succeed against all odds. And yes, I understand what I will write next might sound too pretentious, but I understand and agree with him when he said the studio might have killed his movie by making it available on HBO Max. Luckily we now know it’s not the case, but if there was a movie to see in the cinemas for its scope this year, it is this movie. There is something about the cinema truly enhancing your experience, and Dune is the prime example. If you can and feel safe to do so, go and see Dune in the cinemas. It is worth it.