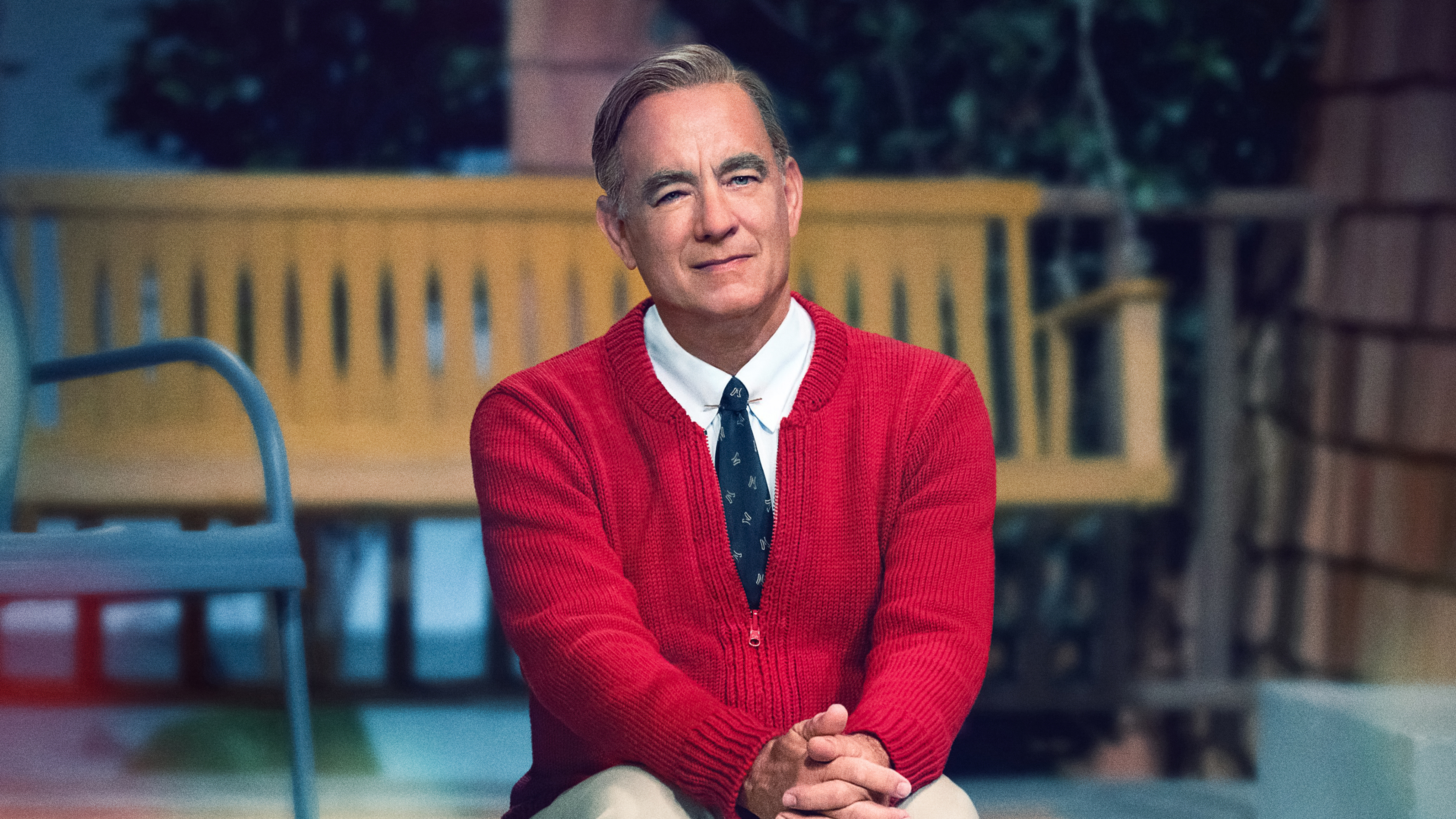 First things first – I didn’t grow up watching Fred Rogers in any way, as that character (of course I am referring to Mr Rogers) isn’t known at all in the “mighty” Czech Republic. And I haven’t seen the critically acclaimed documentary Won’t You Be My Neighbor? (2018) yet, but I have heard amazing things about it. To the point, I (as most movie lovers) started to ask, what is the point of having a movie about Mr Rogers right after this (apparently) lovely documentary was made so close to each other? I am glad to write there is a point, as this is not really about Mr Rogers. Even though he plays an important part in healing one man’s life.

A Beautiful Day in the Neighborhood is more about Matthew Rhys‘s character and his complicated relationship with his father. When Matthew’s character has to interview Fred Rogers (as Mr Rogers is the only one who is willing to talk to him), he doesn’t trust him. And to be honest, I still can’t believe somebody like this truly existed. As it is mentioned in the movie, it’s hard to think somebody who didn’t seem to have a selfish bone in his body existed. And yet, the film does a great job to humanize his character through his wife (played by the great Maryann Plunkett), who at one point says: “You know, I’m not fond of that term. If you think of him as a saint, then his way of being is unattainable.” She was responding to Matthew’s character’s question: “So, how does it feel to be married to a living saint?” And this scene, to me, is the key to “unlocking” this entire movie.

Yes, it has Mr Rogers in it, and yes, he was an incredibly kind person. But he wasn’t a saint. Because we are all people, we all have bad days. And that’s fine. And from the little I have heard, read and seen of Mr Rogers, that is what he was all about. How to deal with problems, how to talk about issues that are hard to talk about. And this film translated that so well onto the screen you can almost feel the warmth through the TV set. Tom Hanks delivers what I thought was a great performance. It must have been hard to play somebody who was so known (at least in the USA) because those roles are hard to nail – if you give in too much into the character you are playing, people will shout: “This is almost parodying, there isn’t any new twist!” If you lean too little into the character, those same people will scream: “That’s nothing like he/she was!” What he did here was to me, nuanced enough where he convinced me. But again, I didn’t grow up watching him.

The movie also hit me way more than I’d imagined, as I also had to deal with my feelings towards my father. I won’t go into specifics; all I will say is this. If you are a more sensitive person, who has gone through something with your father, you might want to skip this until you deal with whatever you have going on first. I am not easily affected, so I was ok, but this movie definitely made me think about my feelings towards him and how everything is complex.

And I don’t think there is anything better I can say about this film than that. If a movie makes you re-evaluate your feelings or thoughts about something or someone that is a success. That is how we grow as people, by constantly thinking about our feelings, where certain negative feelings are coming from, and what we can do to be better. This movie is trying to remind you that kindness and love is the root of all. And as cheesy as that might sound, deep down, we all know the entire world could use more empathy and love. It’s hard to talk about these things and not sound like I am running for the Miss USA (what’s next, I want world peace too? I mean now, since you brought it up, it wouldn’t be ba… SHIT! Ok, just let me get my bikini I guess…)

There are two scenes that I will remember for a long time – the restaurant scene and the end scene. In the restaurant scene, Mr Rogers asks for a minute of silence, and suddenly everybody in the restaurant goes quiet. And on top of it, the scene finishes with Tom Hanks, aka Mr Rogers looking at us, the audience, as he would be staring directly into our souls. Then there is the end scene. I don’t want to spoil where it takes place, but it’s when Mr Rogers talks about death and how natural it is, even though it makes for an uncomfortable topic of conversation. How in the entire room of people, they were all thinking the same thing, and he was the only one willing to talk about the one thing everyone else was afraid to mention. And as a bonus, the very end scene with just Mr Rogers and the piano. The deafening sound of silence, followed by something alluded to earlier on in the movie. Showing us a peek behind the curtain of Fred Rogers himself, a few could see.

Overall, A Beautiful Day in the Neighborhood feels like a warm blanket. It is one of those films that will remind you how simple and at the same time difficult it is to live a happy, fulfilled life. But more than that, it reminds you to try and be better; be kinder to not only people around you but to yourself. And maybe, the most important reminder of all, it’s fine not to be ok. It’s fine to have bad days, to feel blue, as he puts it. If you feel like there is no hope in this world, put this movie on. It’s not some “biopic about Mr Rogers”. Think of this as more of a window into the soul of one man who was helped by Mr Rogers when he needed it the most. And it’s simply delightful.