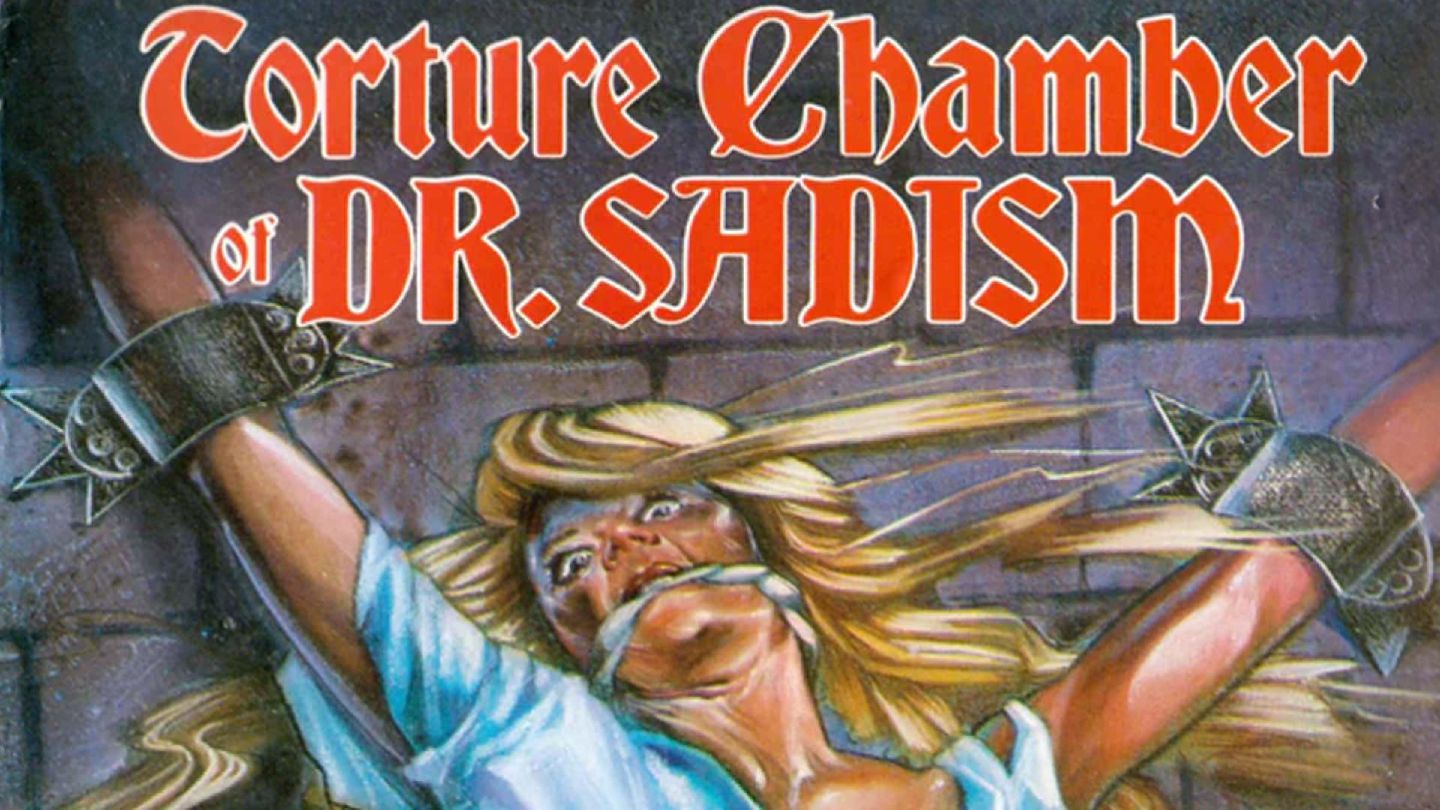 Ok, let me set the scene. One evening, I am browsing through my Amazon Prime, looking for a movie to watch. I am in the mood for something light, possibly an older film I haven’t seen. And I stumble upon a movie titled The Torture Chamber of Dr. Sadism, with a poster similar to this one below.

You need to understand, I am but a simple man – if I see a title like this, poster like that, I am in. Plus, if you see names like Lex Barker (Czech people are really into Winnetou films) and THE Christopher Lee (!!!) are among the main stars, you bet your top dollar, pound, Bitcoin, whatever currency you use that I am watching that film. Honestly, I wasn’t hoping for much, just some light, cheesy, cough, naked, cough entertainment for a Saturday evening. What I got was… everything but that.

First of all, Amazon sure knows how to market these films. Because this film’s original title is Die Schlangengrube und das Pendel (yes, The Snake and the Pendulum). Also, this movie has a couple of alternative English titles – Blood of the Virgins, The Blood Demon, Torture Chamber… are you sensing a theme yet? Even the distributors knew they needed to hype this film up because it’s so boring…! And no, I am not saying this just because there is no nudity (even though the way this film is paced it wouldn’t have helped).

I will try to retell this film to the best of my abilities. There is a count Regula (I am not joking, that is how Christopher Lee’s character is called in this masterpiece) who gets killed at the beginning of this movie. He promises that he’d return. Cool. Then, 35 years go by, and the people who charged him to die have had daughters and sons, who look EXACTLY the same as their parents. Those offspring are invited for the longest ride in cinematic history (I swear just that ride took like three hours) to arrive at the Dracula’s… I mean Regula’s castle. Who, surprise surprise, IS BACK! And this time is personal, they need to fight him, they win and John’s your uncle or whatever.

I have seen some of the Dracula movies Christopher Lee’s made, and I managed to have fun with them, despite their cheesiness. But this film felt like a cheap knock-off somebody made with a budget of $1000, where 80% of that money went to Lex’s and Christopher’s salaries. So they had to do a lot with what little they had left, and it shows. Believe it or not, I don’t mind cheesy, low budget films that don’t take themselves too seriously. But this one, unfortunately, does. Everybody here plays it so straight it’s hard to take them or the movie seriously.

I am almost 100% sure that some producer had an idea to make a cheap knock-off of Dracula films. But he knew he couldn’t get the name because of licensing issues. But he either had some dirt on both Lex and Christopher to make them appear in this film, or he paid them so well, they just couldn’t resist…? Either way, I can’t see it any other way. This movie has basically nothing going for it.

Both our main stars seem to be done with the film halfway through. And I don’t mean Lee, I mean Karin Dor alongside Lex, as they attend the longest carriage ride. That fucking carriage ride, I can’t get over that. It felt like most of this film we spent there, and the movie is trying to “build up” some atmosphere, the emphasis on “trying to”, as it doesn’t work. Even the end at the castle, where our heroes finally face Dracula… shit, I mean Regula, is as boring as it gets. Because they don’t fight him per se, he manages to tie Lex’s character to a pendulum that’s swinging for so long you might actually die of old age before that pendulum would hit him.

As I said before, I honestly like cheesy, old films that are trying to be scary. I can have fun with them. But there are these films, and then there is a film like this one, where nothing works. Sure, you get one A-lister and one actor, who at the time was fairly known throughout Europe. But nothing else is working in this abomination of a film. Karin Dor is great to look at, sure. But even she has much better movies on her resume.

Overall, The Torture Chamber of Dr. Sadism is one of the rare films whose title describes accurately what it will feel like for you to watch this movie. You will feel like being tortured by Dr. Sadism. That is another thing, how does someone go from Dracula… fuck my life, I won’t ever remember this, Regula to “Dr. Sadism”, I will never understand. But in a way, I totally get it. You can say this film was well ahead of its time, as this is as close as you get to a “film bait” definition. You are promised excitement, horror and possibly some nudity by the poster and the title, and you get… exactly none of these elements. This movie honestly reminds me of those clickbait articles like “10 Actors You Won’t Believe Are Dead” or “This Is What Your Doctor Is Not Telling You! CLICK HERE To See What Can YOU Do to Prolong YOUR LIFE”. Then, you click the article, and after clicking through roughly 104.286 ads, it’s something like “Make sure to drink a lot of water” and “Eat more vegetables” kind of advice. I can’t recommend this movie to anybody. Even the people, who enjoy bad movies, I think they would truly suffer from boredom through this one.