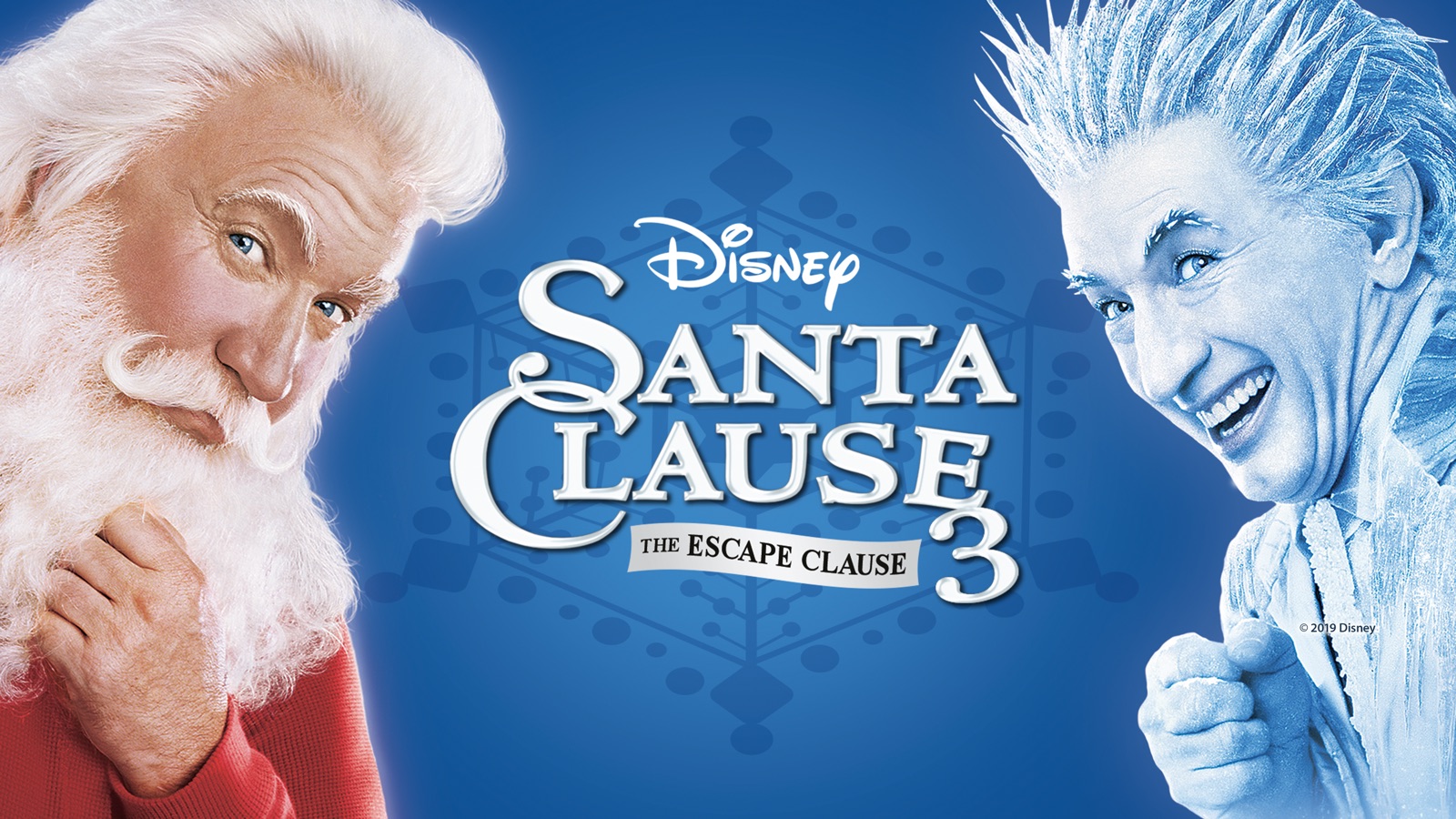 Throughout my first (and probably last) ever watch of this Santa Clause trilogy, I’ve repeatedly asked myself a question: “Am I too old for this? To see past this trilogy’s flaws and just enjoy them for what they are?” And while watching The Santa Clause 3: The Escape Clause, I felt like the Principal Skinner meme (“No, it’s the children who are wrong!“) because they simply are. Look, I can somewhat see how people can enjoy the first two films (The Santa Clause, 1994, my review here and The Santa Clause 2, 2002, my review here) of this trilogy, but with this one… if you can enjoy it because you grew up watching it, great. I am honestly happy for you. But we need to be honest here and admit that this sequel is the one that stretches everything to the maximum, mainly our patience.

The Santa Clause 3: The Escape Clause (that’s a long title) felt like a movie pitch someone made as a joke, and the studio was so desperate for another Christmas movie with already established IP (intellectual property) they just said: “Sure.” And didn’t ask questions like: “Are we sure we have a story to support a feature-length film?” or “Are we sure this makes sense and isn’t too contrived even for a kids movie?” And that was 100% a mistake because that was precisely how I felt watching this film. Through its entire length (only 97 minutes, but it felt like double that), the movie spends most of its time setting up a villain in Jack Frost (played by Martin Short) because… he is mad nobody takes him seriously? On top of that, we get the family plot-line with pregnant Elizabeth Mitchell and her parents (how did they get Ann-Margret and Alan Arkin to star in this film, I will never understand) visiting the North Pole. Except, they don’t know it is the North Pole, and everybody is pretending it’s Canada. And look, it’s kind of funny the first two or three times, but even that joke overstays its welcome.

Unfortunately, that sentence could be the real sub-title for this movie, “The Santa Clause 3: Overstaying its Welcome”. If you think about how hard is it to make a decent comedy sequel that doesn’t feel cheap, and it’s still funny, imagine that, but times ten. Because I think they set themselves up with an almost impossible task – not only to make a sequel but to make a Christmas movie sequel. They were trying to replicate not only the laughs but something that can’t be duplicated – the spirit of (mainly) the first film. Here’s the thing – the creative people behind this realised that, but it was too late to do anything. So what can you do if you can’t recreate the Christmas magic? You double, no, triple down on the “comedy” of everything. Farts, kids like farts, right? Let them rip Puns about Canada! Sold, what’s next?! Seeing Jack Frost sabotaging everything? Hillarious! Also, you can bet that everything gets resolved within a minute.

You might have noticed I didn’t talk too much about the “plot” yet. That’s because there isn’t much to talk about, as everything in this film felt random. Suddenly, snow globes are not only important, but they are a vital part of being Santa, and you can always take it back…? Take back being Santa? What? How? And the way Santa is “tricked” into saying the one phrase that can activate it is just beyond ridiculous. Look, I understand the concept of “It’s a kids movie.” But I honestly believe that people behind this film still thought kids are so dumb, they will go with whatever they serve them. If the rise of Pixar proved anything, is the kids can handle much more layered themes and stories without the need to dumb everything down for them.

Thinking about how surprisingly great this cast is (everyone but David Krumholtz returned) for this final movie, plus we have two “new” great actors to portray Elizabeth’s parents, and this is the best they had? What could have (and should have, to be honest) been one last hoorah for most of the cast and crew just turned into a messy “adventure” that doesn’t make sense, tries to earn some cheap “sentimentality points”, and doesn’t work on any level.

The only saving grace for this movie is the cast, mainly our titular duo – Tim Allen and Elizabeth Mitchell. I can honestly say they both seemed to be doing their very best for this film not to end up like a disaster and didn’t seem to be “over it”. Everybody else (Martin Short included) did their very best with what they were given and had some moments but not enough. But I wouldn’t blame them. Because again, this idea would have been much better for a short movie (maybe some reunion special) that’d run for a maximum of 30 minutes, rather than a feature-length film.

Overall, The Santa Clause 3: The Escape Clause is one way, how not to finish your trilogy. All the elements and cast are there, but the main ingredient (a story that makes sense) was missing. So prepare yourself for a villain everyone should see through instantly, for pregnant Mrs Clause (will the elves deliver the baby?), and some weird time travelling stuff. I can’t imagine anyone enjoying this film unless you grew up watching it every Christmas. And even then, you’d know this was, without any question, the weakest one out of this trilogy.