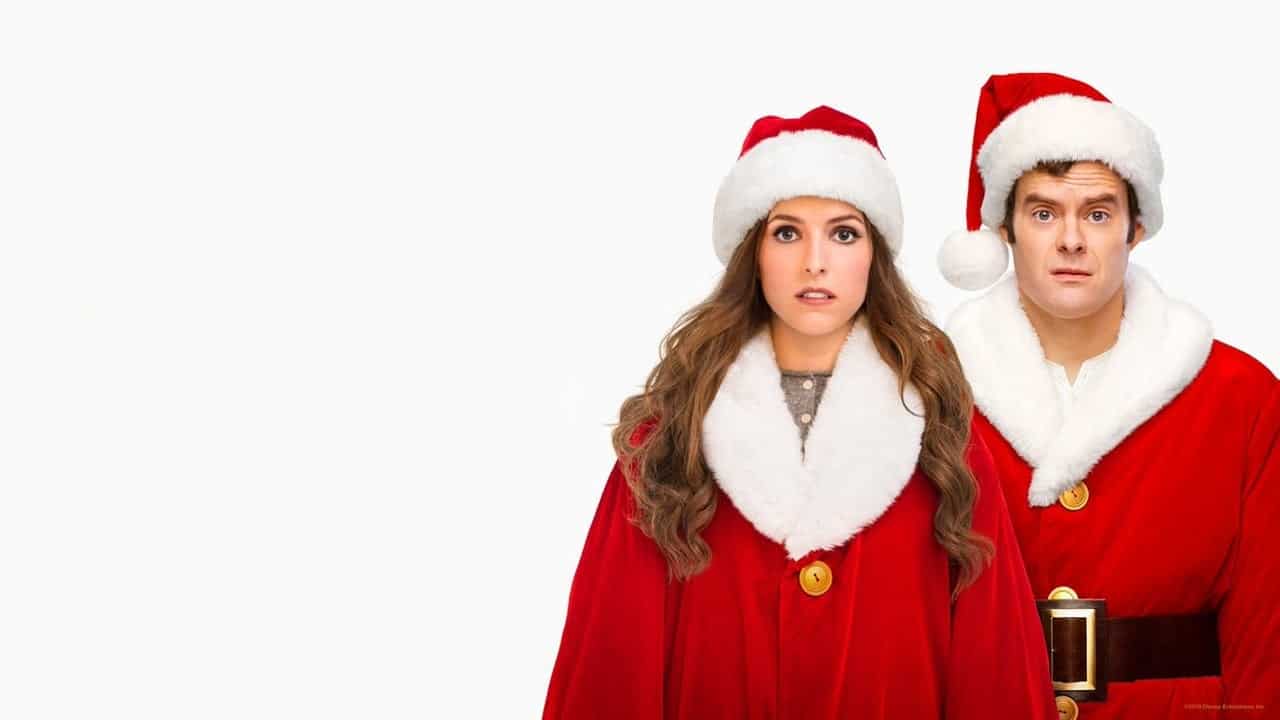 If you have ever seen Anna Kendrick in pretty much any film, you know she’s always one of the highlights and a more than welcome addition to anything. That’s not news, just a fact. And in Noelle, she is the main star and the almost single reason this movie works on any level. Because I am not going to lie, the rest of this film is a pretty standard (at some places sub-standard) Christmas movie. And Anna is the only reason to watch this film, to be honest. But let’s start from the beginning.

Noelle is as simple as it gets. Santa is a magical being but, he’s still mortal (how does that work?) and therefore can die. When his time comes, and Santa dies, his son (Bill Hader) is supposed to be the new Santa. Except that he doesn’t want to be the new Santa. And his sister (portrayed by Anna Kendrick) wants it. She is the better choice, has always been, and most importantly, she always wanted something more. But for “reasons”, it takes everyone pretty much most of the movie to figure out she can be the new Santa. That is the plot in the nutshell.

This film is all over the place. It’s trying to be a bit like Elf (2003) and replicate the “Christmas fish out of the North Pole” scenario, but this time with Anna Kendrick. And it works to an extent. The problem here is that Anna is surrounded by great actors (already mentioned Bill Hader, Shirley MacLaine, Julie Hagerty or Billy Eichner), who should provide her with some comedic elements to act off of, but everybody except Shirley gives her nothing. Julie is stuck in the “mom” mode where she knows what needs to be done but has no power, Billy Eichner is the “trying to do everything modern way” character who is also very strict, and Bill Hader is just flapping from one scene to another. I get it that was his character, but honestly, it felt like he was done with everything. The only person (except Shirley) who tried to give Anna something to play off was Kingsley Ben-Adir, who was kind of a love interest and kind of not…? I swear this film felt like it had no script, and people were relying on Anna to be herself and hope for the best. Well, and that’s exactly what happened.

I’ve loved Anna ever since I had seen her over a decade ago now in (criminally underseen and not often talked about film these days) Up in the Air (2009), where she shines. And the movie earned her an Oscar nomination (rightfully so). Since then, I would always look out for her name in the opening credits. She has her unique style of acting, where she seems to “just be herself”, so people would often presume she isn’t acting, but I think that’s just shortchanging her. She is always on her best game, and the reason I enjoy her acting so much is her delivery. I don’t think she gets praised enough for her timing and comedy chops. Because in the hands of much worse actors, that “schtick” would get old, really quickly, always being slightly out-there and always being “at 100%”. But she is one of only a few actors I can name that does this often, and it never gets old. Because she is smart about it and knows instinctively when to lean into it and when to relax, you can see that on display in this film. I am not exaggerating when I say she is single-handedly saving this film from being unwatchable.

Because everything around Anna is just a bunch of walking cliches in a Christmas movie that’s desperately trying to be “hip”. So every kid wants an iPad. And Billy Eichner’s character talks about GPS and USB-3, so the “youths” would be… more into it? Call me an old fashioned old fart, but I always thought Christmas movies don’t always have to reflect their time. You don’t have to name drop “the hottest item” of that year because all that does is take you out of that “Christmas magic” this movie is trying so desperately to get going. And towards the end, once they tone everything down to the minimum and let Noelle save Christmas (spoiler, but not really, come on), that is when we finally see something worthwhile. The last 20 minutes or so are the best part of the film, by far. Why? Because it gets to the core of what Christmas is (or should be), and most importantly, it lets us see mostly Anna, growing into the character of Noelle and being charming, funny, and all that seems effortless.

I’ve mentioned the name of a certain legend (Shirley MacLaine) so let’s talk about her briefly. With the little she’s been given in this film (aunt, who is so old she is not afraid to speak her mind), she did the best she could. What I am about to write might sound strange; because they mostly share the scenes, but I wish we would have gotten even more scenes with Shirley and Anna together. That was the relationship that not only worked for me but also was funny because they were both on the same page. And I can’t help but think they should have given Shirley more scenes, period. You have a living legend in your film, and this is the best way to utilize her? Really?

Overall, Noelle is one of those films your enjoyment of it will correlate with how much you love/adore Anna Kendrick, as she is the glue that holds this film together. So if you are like me and enjoy her acting, you might want to check out Noelle, as she shines here. Anna commands the screen and makes you feel safe like everything will be fine. And towards the end, she almost makes you believe this might have been a great film. But, in reality, Noelle is as an average of a Christmas movie as it gets. And only Anna Kendrick lifts this much, much higher than the film deserves to be. If I ever re-watch this film, it will be only for her performance.